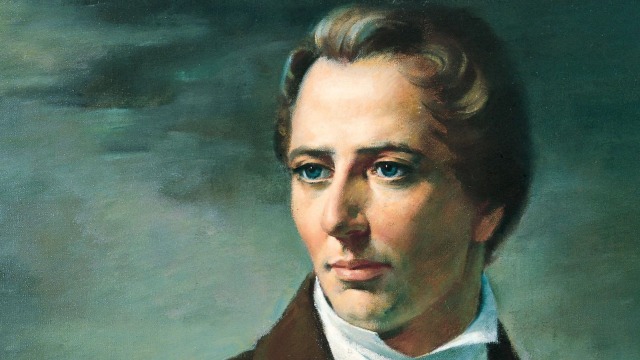 The Assassination of Joseph Smith: 3 Details You Might Not Have Known

As Joseph Smith’s ministry matured, he understood himself as a key player in the kingdom of God on earth and in heaven. He believed and plainly stated that he had companionship among the ranks of a few choice prophets and seers in earth’s history. He argued that the same God who called upon them, called upon him. Their fate was his fate.

Joseph knew this work might cost him his life. Even before the Church was officially organized the Lord began hinting: “I grant unto you eternal life, even if you should be slain” (D&C 5:22).  How it would all end was very clear.

Days prior to his assassination, Joseph Smith had been telling those loyal to him: “Don’t be alarmed, brethren, for they cannot do more to you than the enemies of truth did to the ancient Saints,” reminding them in a rather unique confidence, “They can only kill the body” (History of the Church, 6:554-555). Yet, Joseph didn’t “take counsel from his fears” or allow this to deter him from his divine mission (“Spencer, the Beloved: Leader Servant” Ensign, December 1985).

Joseph had three clerks recording events prior to his death. There was an urgency to keep records even though the circumstances were perilous. Correspondences, legal affairs, and Church matters were constantly thrust upon Joseph Smith the last few months of his life.

This diligent effort to keep accurate records gives us rich details of the events that led up to the assassination. As his assassination neared, Joseph told people: “I shall die innocent, and it shall yet be said of me—he was murdered in cold blood” (D&C 134:4). The diligence given to record keeping confirms the truthfulness of this statement.

In addition, these records give us detailed insight into the final days of the Prophet Joseph’s life. Here are three details leading up to his martyrdom that you may have never heard.

1. Carthage Jail was a place of revelation.

Such was the case with Joseph Smith while illegally imprisoned in Carthage Jail.

“We believe that we have a right to revelations, visions, and dreams from God, our Heavenly Father” Joseph Smith declared (Joseph Smith to Isaac Galland, March 22, 1839, Liberty Jail, Liberty MO, published in the Times and Seasons, February 1840, 54. Emphases added. See also Article of Faith #7).  Many of Joseph’s own experiences with visions, visitations, and the voice of the Lord are well known. His dreams are not. Joseph had several dreams leading up to his assassination.

Significantly, on the night of June 26--Joseph’s last night in mortality--he dreamed he was back in Kirtland, Ohio visiting his farm, the farm he had abruptly been driven from years earlier.

In the dream his enemies came upon him while he was inside the barn lamenting over the neglect of the property. They began cursing him and demanded he leave. Then, the leader of the furious mob continued to “threaten him with destruction of [his] body.” As the threats continued others “rushed in and nearly filled the barn.” They drew out their knives and started contending with each other over rights to the property (which Joseph still legally owned).

As they fought with each other and began killing one another, Joseph walked out of their midst, becoming freed from their madness. This dream indicated his deliverance from his enemies and foreshadowed Joseph’s impending release from the pain, chaos, and persecution of the world (History of the Church, 6:609–610).

This dream and many others Joseph experienced provided personal revelation, comfort, and preparation for what lay ahead.

2. Faithful Saints supported Joseph and Hyrum as the events unfolded at Carthage.

For nearly three days, loyal men stayed near Joseph and Hyrum and expressed their willingness to defend them at all cost, exemplifying great courage as the number against them exponentially increased.

Several men accompanied Joseph and Hyrum Smith the last days of their lives. Such men as, John Taylor, Willard Richards, John Fullmer, Dan Jones, Stephen Markham, Cyrus Wheelock, Samuel Smith, and John Smith. These and other noble men tried their hardest to turn the circumstances at Carthage. They protected Joseph and Hyrum through crowds of drunken men. Dan Jones carried a walking stick and Stephen Markham a hickory cane to deflect the mob's bayonets while Joseph and Hyrum were being led from the Hamilton Hotel to Carthage Jail.

These men prayed with Joseph, bolstered his spirits, and ran several errands for the prophet. Each time leaving and returning to the jail they had to pass through the prophet’s enemies. They bore threats, curses, and physical abuse. Eventually, they were all driven from Carthage and by divine intervention were spared death themselves. John Taylor and Willard Richards stayed by Joseph and Hyrum Smith until the very end. They were willing to defend their friends unto death.

3. The mob stormed the Jail more than once.

Many do not know that on the night of June 26, near midnight, several members of a mob stormed the jail. They made it to the landing on the second floor but did not attack. Joseph Smith and his friends stood by the door awaiting the mob's entrance. Heavy breathing was heard on both sides of the door. The mob hesitated, not confident in proceeding. Joseph Smith sensed their paralyzing stance. With a “Prophet’s voice” he called out to them from behind the door. “Come on ye assassins we are ready for you, and would as willingly die now as at daylight” (“The Martyrdom of Joseph Smith and his Brother Hyrum, by Dan Jones,” BYU Studies Journal 24:1, 1984). At these words, the mob left.

Joseph Smith and these Saints had remarkable courage because they understood the cause they were engaged in and knew the eternal nature of the soul.

The enemy of truth does not slumber.

Why is it important to consider this account of revelation, loyalty, and courage? “I have learned by experience,” Joseph observed near the end of his life, “that the enemy of truth does not slumber, nor cease his exertions to bias the minds of communities against the servants of the Lord [and His Saints], by stirring up the indignation of men upon all matters of importance or interest” (History of the Church, 2:437; from a letter from Joseph Smith to Oliver Cowdery, Apr. 1836, Kirtland, Ohio, published in Messenger and Advocate, Apr. 1836, 289).

The enemy of truth does not slumber; truth is challenged by secular voices in our day. How Joseph Smith and his faithful friends responded at Carthage Jail provides insights on how we can live and respond as the indignation of men bears down upon modern day servants and Saints of God. 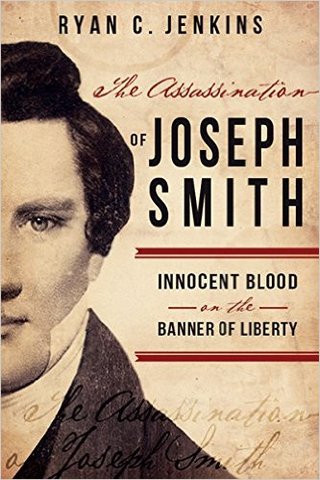 Even the Prophet's most vehement critics - during his lifetime and today - can at least agree on one thing: Joseph Smith was murdered in cold blood. This account begins in October 1838; Joseph is 32 years old and has less than six years to live. This fast-paced, driving narrative provides a factual account leading to the murder of the Prophet Joseph and is sure to capture the attention of Latter-day Saints and those not of the LDS faith.

-->Be one of the first to read this new release