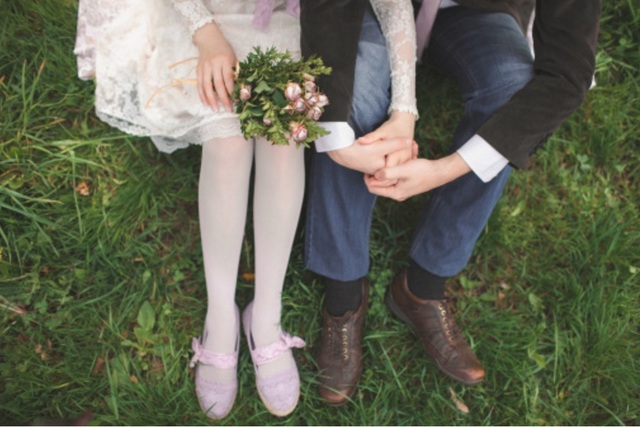 For the past 15 years, I have been involved in counseling individuals, couples, and families. In each of these settings, my life has been greatly blessed as I have marveled at the capacity of the immortal spirit to heal, develop, change, grow, and lead. During this time, I have observed several reoccurring themes that have been expressed by both individuals and couples. One critical reoccurring theme I wish to talk about is the topic of sexual intimacy.

More times than not, individuals confide in me that their different perspectives and expectations regarding sexual intimacy lead to discord in their marriages and/or lives. While I have greater clinical insight on these issues now, during my early years of counseling I couldn’t help but wonder, where is all this confusion coming from? How did this concept of sexual intimacy between a man and a woman—which is doctrinal and foundational to a strong, beautiful, and effective marriage—become so convoluted and messed up?

Teaching My Daughter Before Her Marriage

Now, after 15 years of helping couples sort out their sexual intimacy difficulties, I can say I have a fairly good idea where most of the confusion began. Confusion comes from a lack of direct, open, honest communication regarding appropriate sexually intimate relationships.  As a faith-based culture we are great at teaching morality and the birds and the bees, but then we stop there. Perhaps such teachings were effective 50 years ago, but today, based on all the worldly messages and counterfeit messages regarding sex, it is not enough.

We as parents, leaders, and families need to take it one step further. To help illustrate my understanding, let me share with you my personal experience in helping my daughter and son-in-law prepare for sexually intimate relations.

A few years ago, my amazing daughter was engaged to be married. This daughter of mine was active in her faith, had served a mission for her church, and had been present at almost every morality lesson taught during her growing up years. Owing to her personal faith and the lessons on morality she had been taught, she wanted and chose to wait until marriage to engage in any form of sexual relationship.

As Kari’s wedding day approached, I reflected on all my years of marital counseling and concluded the following: I am going to take my counsel with Kari regarding sexual intimacy a few steps further to help her prepare to enjoy a beautiful, sexual, intimate experience. So, I told my daughter, “You and I are going to have a talk before you get married, and this talk is going to be different than the other sexuality talks we have had during your growing up years.” A few weeks before her marriage, I invited Kari to join me for a drive and to go to dinner. I wanted to make sure I had her as my captive audience. There would be no getting away and saying, “Oh Mom, I know all this.”

As her mother, as a marriage counselor, and as a mature woman, I told Kari, “I know you appreciate morality. I know you understand what sexual acts are. I know you are mature and ready to be married. Now, Kari, I want you to know how to embrace your sexuality as a woman, how to experience sexually intimate desires as a woman, how to allow yourself to feel as a woman during sexual intimacy with your soon-to-be husband, and to understand how amazing sexual intimacy is between a husband and wife. I want you to know how right and beautiful sexual desires are within the bonds of marriage and that a woman needs sexually intimate relations as much as a man. I also want you to know that the sexual relations you and Ryan are going to share will be nothing like the movies, and at times it will feel awkward, new, exciting, confusing, and even appropriately erotic. All these feelings are right in the bonds of marriage, and together, if you are both open to exploring what you enjoy during sexual intimacy—both in sexual acts and in sexual pleasures—you will bond together is such a way that your marriage will have a solid foundation. This foundation will help you and Ryan to feel closer to each other than in any other way.”

Now I can tell you my daughter turned a few shades red during this conversation. I am sure the redness was not due to a lack of maturity but to the fact that she was shocked her mom was talking so very openly and directly about such topics in personal ways. After Kari and I had concluded our conversation I told her, “Now there is another party to this forthcoming event in your life who also needs to have this talk.” Having met Ryan, her fiancé, I knew there was a very good chance no one was going to talk to him the way I had talked to Kari, so I told Kari, “I am going to give Ryan a similar talk.” I am positive when Kari told Ryan that his soon-to-be mother-in-law wanted to have a sex talk with him, he was rather shocked and thought, “Who does she think she is? And man, I hope she changes her mind.” Interestingly enough, after my announcement to Kari, Ryan’s presence in my home dramatically diminished.

Talking to My Future Son-in-Law About Sexual Intimacy

Finally, the day happened when Ryan was at my house and could not get away. So, desiring that captive audience again, I said, “Hey, Ryan. Let’s you and I go for a walk.” He reluctantly agreed. I am sure at that moment, Ryan thought, “Oh boy, what is this strange lady up to?” During that walk, I told Ryan that sexuality is just as important for Kari as it is for him but that because she is female, she will seek to engage in such intimate relationships from a more emotional connection than physical. I helped Ryan to understand that if he wanted to start off his intimate relationship on a solid foundation, his honeymoon night needed to be about Kari. I said, "Trust me, Ryan. You will be more than ready to go on your honeymoon night, but Kari will need you to help her feel safe, connected, nurtured, and excited by you for to her rise to the desires and wanting of sexual intimacy." Then I took time to explain the female anatomy to Ryan.

I explained that a woman needs to be touched in certain areas to help reach climax and that he needed to be very comfortable in asking Kari what she liked and what she did not like and what she was comfortable with them trying together. I also helped him understand that sexual intimacy is a learning process and that he and Kari needed to respect each other and learn together. I also made it very clear that he should never force her to do anything she was uncomfortable with in the bedroom, nor should she ask him to do anything he was uncomfortable with. Having said that I noted, “But you both need to be willing to be open to exploration in your sexually intimate relationship.”

Finally, I explained that pornography was never appropriate in the marital bedroom. I also noted, “Ryan, if you have ever seen pornography, then you need to know that what is displayed on such a screen is not what is right between Heavenly Father’s children and that it is degrading to women and emasculating to you.” Ryan agreed and said he had chosen never to view pornography, for which I was grateful.

Ryan, just like Kari, turned more shades of red than I can possibly count, and I am positive he was trying to figure out an exit each time I paused to gather my thoughts. Lucky for me, he never found one. We concluded our walk and Ryan quickly went to find Kari, probably to tell her his future mother-in-law was losing it, in a polite way, of course.

After their honeymoon, Ryan thanked me for the conversation I had with him and said that it was one of the greatest gifts I could have given him. Today, Kari and Ryan have a very positive sexually intimate relationship.

Teaching Youth About More Than Morality

We do a great job in helping our youth understand morality. In today’s world, however, teaching morality is not enough. Today, we also need to teach our youth, based on age appropriateness, about premature sexualization: how premature sexualization can change intimacy for them, how pornography affects the ability to bond with a future spouse, and most importantly, we need to help soon-to-be-married young adults understand their own personal sexuality, sexual needs, sexual feelings, and that of their partner’s.

Sexual intimacy is an eternal principle, one that is intended to be a beautiful learning process in this life and an exalting journey in the life to come. Just as we dedicate time to many critical gospel concepts as both teachers and participants, so may we seek open and honest communication with our youth and our spouses regarding sexual intimacy.

Dr. Christy Kane, PhD, CMHC, is a licensed mental health counselor who practices in Utah County and in Salt Lake. Dr. Kane works with adults and teenagers. Connect with her through her website, TotumLink.com, and her facebook page, facebook.com/TotumLink/.  About her work, Dr. Kane says,"It is an amazing experience to help others overcome difficult moments in their lives."