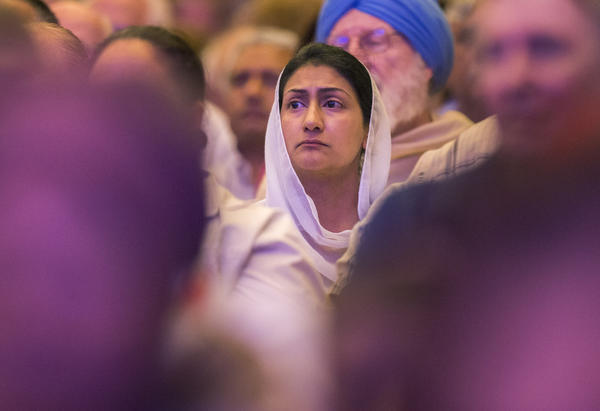 Muslims, Mormons, Quakers, & Other Faiths Worship Together on Temple Square

Earlier this week, the 2015 Parliament of the World’s Religions came to an end in Salt Lake City.

One of its highlights occurred on Sunday night in the Salt Lake Tabernacle on Temple Square when Elder Edward Dube of the Seventy welcomed a capacity audience to a varied program of music and dance from the world’s major religious traditions on behalf of The Church of Jesus Christ of Latter-day Saints.

The evening began with Native American chanting, followed by the Muslim call to prayer, the blowing of Jewish shofars, and Quaker and Episcopalian invocations.

Thereafter, to mention just a few of the evening’s highlights, the Grammy Award-winning singer Yangjin Lamu represented Tibetan Buddhism, Hindus and Cambodian Buddhists performed traditional dances, and Aashish Khan displayed his virtuosity on the lutelike Indian “sarod.” A Sikh quintet shared a sacred song from their heritage. A Catholic choir sang a text by Mother Teresa of Calcutta, and the classical singer Kummar Chatterjee represented Jainism.