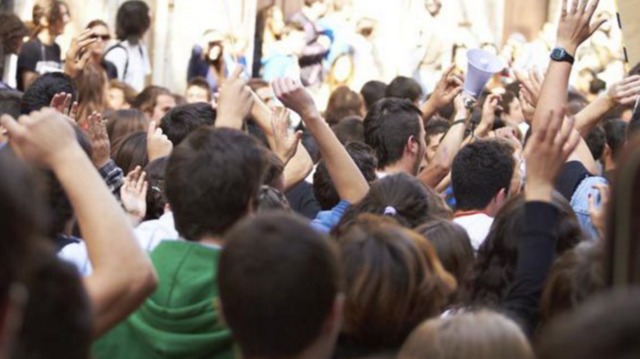 The Federalist Calls for a Stop to Mormon Hatred

After Pax Dickinson, Business Insider's former CTO and a high-profile Trump supporter (who even claims to be one of Trump's researchers), threatened Mormons with a holocaust on Twitter, relatively few media outlets even mentioned this attack.

if @Evan_McMullin succeeds and throws the election to Hillary, Mormons will be blamed for it. Chance of a future Mormocaust spikes sharply.

America hasn't boasted a popular movement favoring genocide of Mormons for well over a century but @Evan_McMullin is working to change that. — Pax Dickinson ♔ (@paxdickinson) October 30, 2016

Why? The Federalist recently explored this topic.

Imagine if, in 2000 when Joe Lieberman was running on the presidential ticket with Al Gore, his opponents George W. Bush and Dick Cheney walked around saying a variation of the following: “Lieberman is only winning New York because of all the Jews in the state.” Or if his supporters were all written off as just members of the “Jewish mafia.”

Outside of the fact that they would have been untrue, such statements would have also been widely condemned as anti-Semitic. The media would have been all over them, as they have been about anti-Semitism this cycle (although that’s because the accused, Donald Trump, has an R after his name this year).

This election season we’ve heard a great deal about charges of anti-Semitism, both quite real and exaggerated, against both Trump, his campaign surrogates, and his supporters. The Jewish community is justifiably quite sensitive to anti-Semitism—being the victims of a millennia of hatred and the most deadly genocide in human history has a way of doing that to a people.

Imagine, then, the reaction from the Anti-Defamation League (ADL), an organization whose entire objective is identifying and stamping out anti-Semitism, if what has been said about independent candidate Evan McMullin and Mormons had been said about a Jewish candidate. The media and the public has been sensitive to Team Trump’s attacks against one religious group, but has barely batted an eye at another.

Lead image from The Federalist.

Read the rest of this story at thefederalist.com