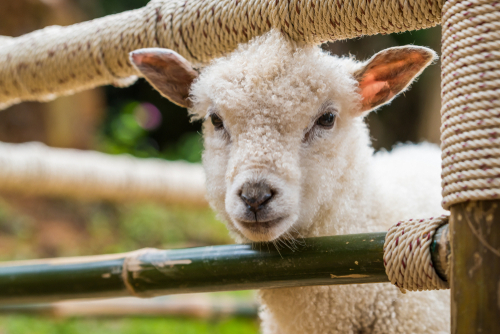 In our modern world, where people purchase steaks and roasts in neatly sealed packages at the supermarket, it is difficult for most of us to understand what it really means to kill an animal. Taking a life is a serious matter, and in ancient Israel, sacrifice followed a specific sequence:

After an animal had been selected, his throat was cut across with one single blow. [This humane, nearly painless procedure led quickly to unconsciousness and death.] The next ceremony was to [open] the breast . . . and pluck out the heart, and if there were the least imperfection, the body would be considered unclean. The animal was then divided into two parts [at the abdomen], and placed north and south, that the parties to the covenant might pass between them from east to west. [Oliver, Historical Landmarks, 2:179]

All such sacrifices, of course, ultimately had reference to the “great and last sacrifice” of the Savior (Alma 34:14), and they were associated with making covenants. The Bible Dictionary notes under “Covenant”:

[A covenant] denotes an agreement between persons (1 Sam. 23:18) or nations (1 Sam. 11:1); more often between God and man; but in this latter case it is important to notice that the two parties to the agreement do not stand in the relation of independent and equal contractors. God in His good pleasure fixes the terms, which man accepts. . . . The gospel is so arranged that principles and ordinances are received by covenant, placing the recipient under strong obligation and responsibility to honor the commitment. Thus the severe consequences to Ananias and Sapphira, who deliberately broke their covenant and lied unto God (Acts 5:1–11).

The Hebrew word for “covenant,” berith, refers to such consequences, as it is derived from a root which means “to cut.” According to Easton’s Bible Dictionary, “a covenant is a ‘cutting,’ with reference to the cutting or dividing of animals into two parts, and the contracting parties passing between them.”

► You'll also like: President Packer: Most Mormons Misunderstand What the New and Everlasting Covenant Actually Is

We see an example in the book of Jeremiah, where the people of Jerusalem covenanted with King Zedekiah that they would free their slaves. In token of their covenant, they sacrificed a calf. Then “they cut the calf in twain [in two], and passed between the parts thereof; the princes of Judah, and the princes of Jerusalem, the eunuchs, and the priests, and all the people of the land . . . passed between the parts of the calf” (Jeremiah 34:18–19). The implication was that if the people did not keep their covenant, they expected to be killed just as the calf had been killed. Even today, we see the persistence of such customs in the childish oath “Cross my heart and hope to die.”

The Book of Mormon notes a similar custom among the Nephites:

When Moroni had proclaimed these words, behold, the people came running together with their armor girded about their loins, rending their garments in token, or as a covenant, that they would not forsake the Lord their God; or, in other words, if they should transgress the commandments of God, or fall into transgression, and be ashamed to take upon them the name of Christ, the Lord should rend them even as they had rent their garments. [Alma 46:21; see also v. 22] 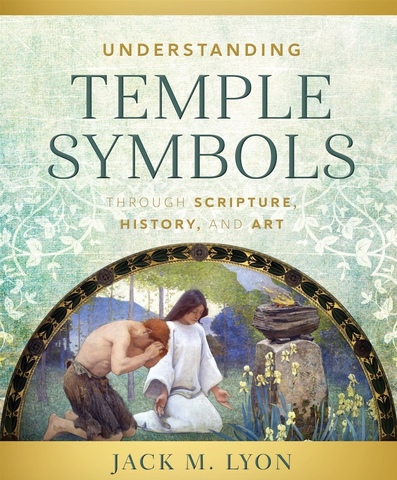 Makes You Think Covenants Temple FaithCovenants,Temple,Faith,Makes You Think
Comments and feedback can be sent to feedback@ldsliving.com