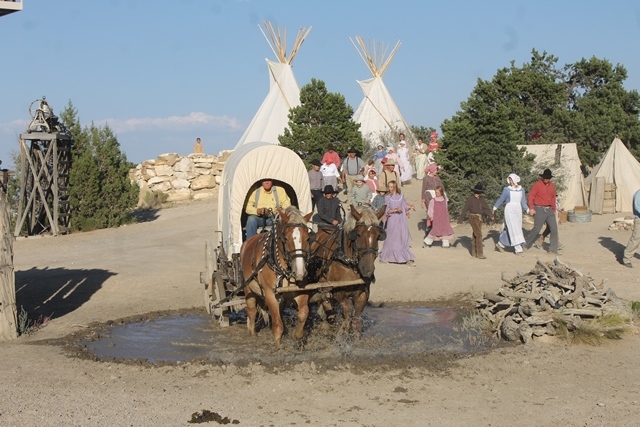 The Inspiring Story Behind the Castle Valley Pioneer Pageant

Though the Castle Valley Pageant started as a one-ward production for two nights in August using borrowed spotlights and sound equipment, it quickly grew to be a stake production for three nights, a region-sponsored production for four nights, and eventually a Church-sponsored pageant held for eight nights every other year with its own sound and lighting crews.

“Over the years, the script has been revised, improved, and enhanced,” LeAnne shares. Her father, who was never afraid of critiques of the pageant, made many changes to the script and staging every year, trying to get things just right, including adding more parts for children and teenagers. Later on, when it was decided that the pageant could be a better missionary tool, they added flashback scenes that would teach about the Book of Mormon. By doing so, however, the production became too long, and they had to cut out a set of modern storylines that echoed the pioneer stories. 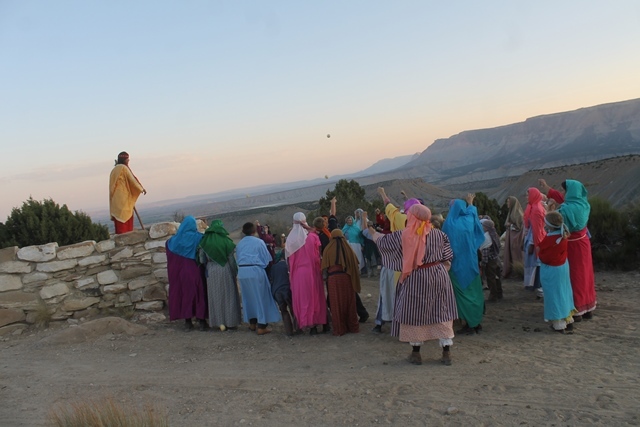 But the story isn’t the only thing that has evolved over the years. Morse, who spent most of his career running the lighting for events in the Tabernacle and Conference Center, including general conference and Music and the Spoken Word, had also helped wire many of the other Church pageants at Hill Cumorah, Mesa, and Nauvoo. He was eventually assigned to also help with the lighting at the Castle Valley Pageant. The first year of that assignment, he brought only a generator to the site and quickly realized that with all the rubber cords and poor equipment arrangements, they would have to spend the first year wiring the site the same as the other pageants. Morse recalls, “It was a generator I brought up there for probably 10 years, and then we finally got permanent power to the site, and that made it a lot better.”

Faith of Their Fathers

The pageant has undoubtedly grown since it was first created. And with it has grown a deeper appreciation for the sacrifices of the pioneers, the desire to connect with ancestors, and opportunities to build current family relationships. 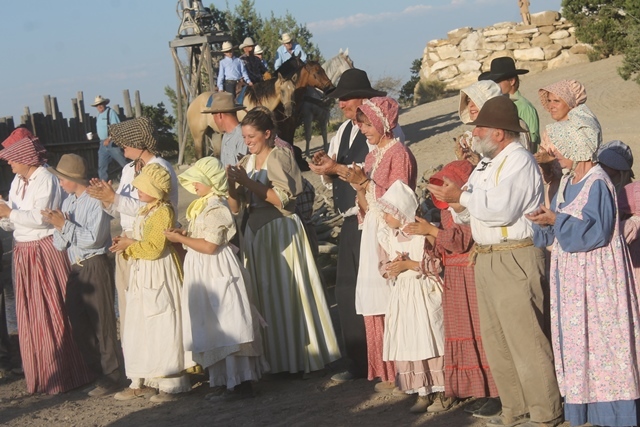 “When [Montell] asked me to be a part of the pageant, he didn’t know he was asking Pam and me to play the parts of my ancestors who settled Castle Valley,” Lee explains. “I think that was the real beginning of my wanting to get involved in my family history work. It has made me become more appreciative of my ancestors and what they did for me.”

Pam adds, “We have five children, and year after year they were involved with the pageant. It helped us grows closer as a family as we experienced different scenes throughout the pageant. My kids knew the entire script word for word. When the boys served missions, that was the time they got homesick—when they knew it was pageant time. All of our testimonies grew as we witnessed what our ancestors went through, watching as the Savior appears to the Nephites, and being taught the plan of salvation.”

LeAnne also has fond family memories associated with the pageant. “I remember many times when our family would drive to the pageant site (about 10 miles from our home) and spend several hours helping prepare the site for the production. We cleared rocks and boulders and helped build the set buildings. Some of my favorite memories are sitting around the kitchen table after performances and having milk and cookies while we talked about what went well with the show that night and what could be made better. We still do that whenever we can!” 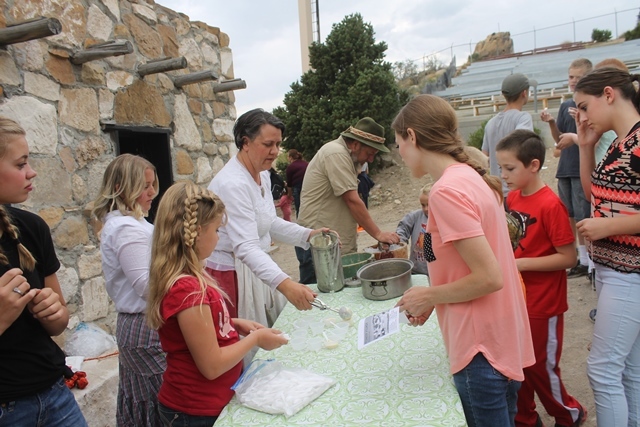 The feelings of love and connection and the Spirit that surround the pageant don't just affect the member families involved, however. Giles explains, “What we as a presidency tell everyone is that if you invite someone to come to the pageant with you or if you come to the pageant, you’ll be taught the gospel of Jesus Christ without really feeling like you’re being taught. Every scene except one depicts a principle of the gospel of Jesus Christ through this history telling. And we hope and we promise people that if they come that they will feel the Spirit. And their friends that they bring with them will feel something.”

And so they have. Pam knows of a neighbor who would never step inside a church building, but who would never miss the Castle Valley Pageant. She also shares that many inactive members are happy to help with the Pioneer Village that goes on before the pageant, providing horse rides and demonstrating rope making, quilting, and Dutch oven cooking.

“Every year we see people come to the pageant who are not members of the Church or who are inactive members,” Lee says. “I think they come to feel the Spirit as much as anything, whether they realize it or not. I’ve witnessed families come to see the pageant from out of state and decided to stay an extra night or two because they want to see it again and again.” There are dozens of these stories—of young men deciding to go on missions, of families having a renewed desire to get temple recommends or be sealed, of those who don’t know about the Church reaching out to the missionaries, and of tender mercies occurring. 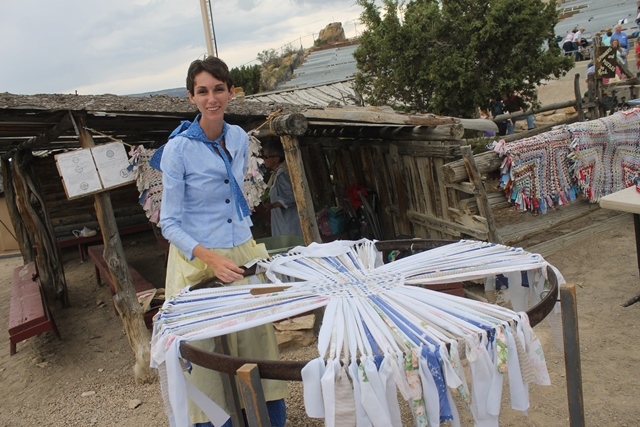 Morse recalls a tender mercy that happened one year when the automatic lighting console was not working, and he realized he would have to run in manually, which he hadn’t done for five or six years. He recalls, “It was time to start the show. I hadn’t even gotten a script down out of the trunk, I just plopped myself down at the console and just winged it. I just had this flood of emotion or the Spirit and . . . I nailed it. I was dead on. It was like no time had passed since I was there the last time.”

Those who love and have been involved in the pageant know that it has the potential to have a powerful effect on anyone who participates, whether as cast member or audience member. “The whole thing from start to finish, it fits, and it warms your heart. It will make you laugh, it will make you cry," Morse says. “As far as I’m concerned, from anybody’s perspective, it is a labor of love.” Pam hopes that those who take the time to watch will “realize the many sacrifices that their ancestors made in settling new areas. We need to be appreciative of those sacrifices. It was all in vain if we don’t follow in their footsteps and continue to build up the gospel.”

The Castle Valley Pageant is only produced on even-numbered years and features a Pioneer Village before the pageant with crafts and activities and costumes.

This year’s pageant will be held on August 2–4 and 7–11. No tickets or reservations are required. Click here for more information.

All images courtesy of Patsy Stoddard