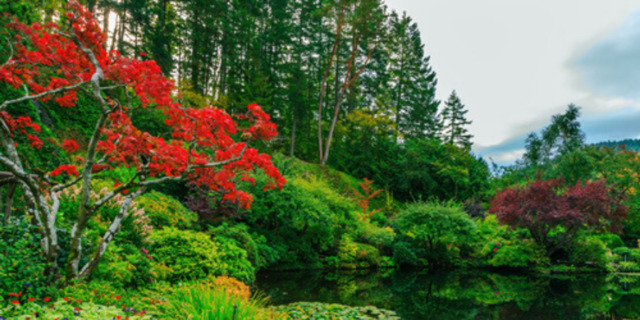 Though we each attained various levels of “stature, capacity, and intelligence”1 as spirit children in the premortal realm, a veil of forgetfulness separates us from the memories of that place and time;2  we enter mortality pure and innocent, quite literally with a world of learning ahead of us. Restored doctrine teaches that Adam and Eve likewise donned that same veil as they received their physical bodies, but their role as our First Parents necessitated a transition that included a period of divine tutelage in Eden’s garden-temple. Though some depictions of the garden lead us to assume their sojourn there was brief, that is likely a combination of literary device and dramatic license meant to move the storytelling along. From the early days of the Restoration, inspired prophetic statements have repeatedly confirmed that life in the garden, though transitional, was a period of great learning, a special time of divinely led preparation for all that was to come.3 The Prophet Joseph Smith explained that “God conversed with [Adam] face to face: in his presence he was permitted to stand, and from his own mouth he was permitted to receive instruction—he heard his voice, walked before him and gazed upon his glory—while intelligence burst upon his understanding.”4  President Brigham Young reiterated this truth and personalized it, adding, “Adam was as conversant with his Father who placed him upon this earth as we are conversant with our earthly parents.”5  And President Joseph Fielding Smith added a third powerful witness, stating, “When Adam was in the Garden of Eden he was in the presence of the Father and was taught by him. He learned his language. He was as familiar with our Eternal Father in that garden as we are with our fathers in mortal life.”6

Clearly, innocence and knowledge are not mutually exclusive, as these prophetic statements make clear. Crucial learning was happening in the garden’s holy intersection of cloistered virtue and divine tutelage. But what were Adam and Eve being taught during their sacred interactions with Deity?

Respected gospel scholar and author Beverly Campbell, in her seminal work Eve and the Choice Made in Eden, introduced this topic for thoughtful contemplation, urging dedicated students toward deeper reflection. She compellingly wrote: “Because they were the . . . only ones who could bring to pass mortal life so that His own promises to all His children can be fulfilled, we can feel confident that God did not visit them to speak of trifling matters. Each meeting was surely a time of important instruction.”7

Indeed, no less weighty matters than the plan of salvation were being taught to them during this pivotal time of tutoring. It is critical to our overarching understanding of the gospel plan to comprehend this crucial truth: Adam and Eve were being taught the gospel by Deity while residing in the garden. Jumping slightly ahead in the account’s chronology, let’s carefully consider Elder Jeffrey R. Holland’s thoughts related to this often-overlooked detail of Adam and Eve’s story:

They—like us—were able and willing to venture [the terrible risks of sorrow and death] only with the knowledge that there would be safety at the end of the day for those who wanted it and lived for it. They were willing to transgress knowingly and consciously (the only way they could “fall” into the consequences of mortality, inasmuch as Elohim certainly could not force innocent parties out of the garden and still be a just God) only because they had a full knowledge of the plan of salvation, which would provide for them a way back from their struggle with death and hell.8

Elder Holland speaks to the extent of learning taking place in the garden, to the fact that Eve and Adam were innocent but positively not ignorant. Knowledge is a prerequisite of agency.9  This is straightforward doctrine, reiterated each time an eight-year-old child is baptized: accountability is understanding based. That core tenet, so fundamental to our faith, has been true from the foundations of the world. It applied in the garden just as it applied in premortality and just as it applies to each of us now in mortality. We must have at least a rudimentary, if theoretical, understanding of our options in order to make a choice.

The perceived distance between innocence and knowledge has everything to do with lack of experience, and life in the garden epitomized this, as President Joseph Fielding Smith explained. Referring specifically to Adam, as was the custom at the time, though each of these points clearly applies to Eve as well, President Smith stated:

He was without knowledge of good and evil. He had knowledge, of course. He could speak. He could converse. There were many things he could be taught and was taught; but under the conditions in which he was living at that time it was impossible for him to visualize or understand the power of good and evil. He did not know what pain was. He did not know what sorrow was; and a thousand other things that have come to us in this life that Adam did not know in the Garden of Eden and could not understand and would not have known had he remained there.10

At this point of their story, the missing piece of the puzzle was experience, and it would require leaving the garden to find it.11

Though their knowledge was more equivalent to book learning than to street smarts, Adam and Eve understood the plan, and they knew the players personally. Imagine the peace they felt in their garden sanctuary, being tutored by divine mentors intent on expressing Their love and assuring them of their ultimate safety. Much like our experience in premortality, where we built such a relationship with Jehovah as to enable us to trust in His role as our Savior, the faithful courage Eve and Adam were cultivating during this learning period was critical for the success of all that was to come. Though applied on a different scale and magnitude than we may typically face in day-to-day life, Adam and Eve were prepared to act because of their trust in the Savior. Elder David A. Bednar beautifully explained that powerful connection between trust, faith, and action, noting that “assurance and hope make it possible for us to walk to the edge of the light and take a few steps into the darkness—expecting and trusting the light to move and illuminate the way. The combination of assurance and hope initiates action in the present.”12

Eve and Adam knew life’s purpose and felt empowered through the combination of assurance and hope to exercise their agency to choose to usher in mortality for all of God’s children, thereby opening the doorway to experience.13  Even at this point of their story, they understood that life in the garden was not the ultimate goal, but that exaltation and celestial glory were.

Eve and Adam offers a fresh and insightful perspective into the perfect plan of happiness. With clarity and careful thought, it presents a solid case for the necessity of a firm understanding of the honor due to our glorious Mother Eve as well as Father Adam. Simultaneously, Eve and Adam provides an opportunity for deep pondering and reflection on how our mortal experiences, coupled with our Savior's support, can facilitate the progress and learning needed to exalt each of us day by day, one step at a time. Available now at DeseretBook.com.

2. President Thomas S. Monson taught, “How grateful we should be that a wise Creator fashioned an earth and placed us here, with a veil of forgetfulness of our previous existence so that we might experience a time of testing, an opportunity to prove ourselves in order to qualify for all that God has prepared for us to receive” (Monson, “The Race of Life”).

3. Eve is unmentioned in many of these important prophetic statements, an unfortunate reality of the cultural context of the speakers’ time. However, we can trust that Eve’s inclusion was assumed in their comments, recalling the plural use of Adam as detailed in chapter 5.

6. Smith, Doctrines of Salvation, 1:26. Again, recalling the plural use of Adam is important on this point. Gratefully, Elder Mark E. Petersen specifically described both Adam and Eve in his October 1980 general conference address, teaching: “Adam and Eve knew God personally. They saw him and talked with him. They were taught the gospel of Jesus Christ even in that early time.” He further stated, still speaking of Adam and Eve, “They were well educated, having been taught by the Lord himself. What an education! What an instructor! Think of it, and remember that ‘the glory of God is intelligence, or in other words, light and truth’ (D&C 93:36). These gifts were imparted to Adam and Eve and their family. No one else could teach them, because they were the first human beings. That task was left to the Lord and his angels” (Petersen, “Adam, The Archangel”).

7. Campbell, Eve and the Choice Made in Eden, 64–65. Besides writing her power-ful book on Eve, Sister Campbell served for twelve years as the director of Inter-national Affairs for The Church of Jesus Christ of Latter-day Saints.

9. Elder L. Lionel Kendrick taught, “Knowledge is essential for agency to exist” (Kendrick, “Our Moral Agency”); and Sister Elaine Cannon taught, “To use our agency wisely we need information to act upon. We need a knowledge of the laws of life, with their accompanying blessings and protective punishments” (Cannon, “Agency and Accountability”). This is basic doctrine taught in the Book of Mormon: “Men are instructed sufficiently that they know good from evil” so that they may “act for themselves and not . . . be acted upon” (2 Nephi 2:5, 26); “He that knoweth not good from evil is blameless” (Alma 29:5).

11. Lehi’s counsel to his son Jacob, found in 2 Nephi 2, is a beautiful extended discourse on this topic, deserving of extensive personal study.

13. Elder Jeffrey R. Holland declared that “sorrow and death were facts Adam and Eve were willing to face in order that ‘men might be’” (Christ and the New Covenant, 202; emphasis added). This modern, prophetic witness further emphasizes and reiterates the degree of knowledge and understanding Eve and Adam possessed as they made their choice to leave the garden.