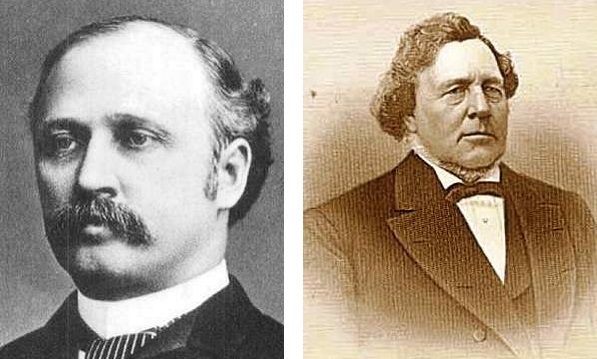 In the early days of the Church, it was common for members to be called to serve at young ages.

An Apostle at 11-Years-Old

However, he was not the youngest apostle ever ordained. According to Todd Compton, a Mormon historian and author of John Willard Young, Brigham Young, and the Development of  Presidential Succession in the LDS Church, John Willard Young was the youngest person ever ordained an apostle, which happened during a private event in 1855. President Brigham Young ordained his 11-year-old son John Willard Young as an apostle shortly after John received his temple endowment, though John never joined the Quorum of the Twelve Apostles.

As Compton explains of Joseph F. Smith's ordination, which would later have a significant impact on Church history:

After a prayer meeting with Joseph F. Smith and four apostles (John Taylor, Wilford Woodruff, George A. Smith, and George Q. Cannon—a group that did not include the most senior apostles, Hyde and Pratt), Young began to take off his temple clothes, then, as recorded by Wilford Woodruff, "[o]f a sudden he stoped & Exlaimed hold on, 'Shall I do as I feel led? I always fell [feel] well to do as the Spirit Constrains me. It is my mind to Ordain Brother Joseph F. Smith to the Apostleship, and to be one of my Councillors.'" He then asked for the feelings of the apostles present, who gave the idea "Harty approval. . . .After which Brother Joseph F. Smith knelt upon the Altar &. . .we laid our hands upon him, Brother Brigham being mouth." Young then ordained Joseph F. Smith an apostle and a counselor to the First Presidency.

The secrecy of this ordination is evidenced by the fact that Young counseled the apostles to make a record of it, but instructed them not to tell anyone not present about the event. Young's first counselor, Heber C. Kimball, was not present. A few days later, Kimball approached Joseph F. and told him that he had received a spiritual impression that Joseph F. would someday become an apostle. Joseph F. felt somewhat embarrassed that he could not tell Kimball he already was
an apostle.

Though John Willard "was publicly sustained as an assistant counselor to Brigham," he focused most of his time on business endeavors and lived most of his life in New York, according to Compton. In the early church years, the method of judging apostolic seniority was base on the date of ordination. Since John Willard was ordained at such a young age, after the death of President Lorenzo Snow, he would have become the next president of the Church instead of President Joseph Fielding Smith. However, President Snow announced apostolic seniority should be gauged by the entry date into the Quorum of the Twelve, making Joseph Fielding Smith the next prophet.

The Youngest Apostle in the Quorum of the Twelve

George A. Smith was born in 1817, and he was the cousin of the Prophet Joseph Smith. According to lds.org, George A. Smith was deeply committed to the Church since his baptism in 1832. “He trekked with Zion’s Camp in 1834, was driven with his ailing parents from Missouri in 1838, and in 1840, so ill he could barely walk, he left on a mission to England.” During those trying times, he was ordained a Seventy in March 1835 at age 17 and as an apostle in the Quorum of the Twelve on April 26, 1839. He later became a prominent pioneer in southern Utah, and St. George, Utah, may have been named after him.

According to a BYU Scholars article, “His speaking talent, organizational and leadership ability, and political sagacity were given untiringly to the service of his church. He was a model Latter-day Saint; a good man possessed in large measure with friendliness, integrity, optimism, and unswerving loyalty to his leaders.”

Smith had a strong relationship with both the Prophet Joseph Smith and President Brigham Young during his apostleship. He said, “I was always Joseph’s friend; his enemies are my enemies.”

George A. Smith died in 1875 at age 58. His grandson and namesake, George Albert Smith, later became an apostle and prophet of the Church. He dedicated his whole life to church service and made a significant contribution in the early days of the Church. He stated in an 1861 sermon:

“The Priesthood which the Lord has conferred upon my head through his servant, and which in his abundant mercy has enabled me thus far to magnify, is my joy, my theme, and the thoughts and reflections of my soul are how and by what means I may in the best possible manner make honorable all those blessings and ordinations which have been conferred upon my head. It is and ever have been, since I entered into this church, my desire to be found among those who are valiant for the truth.”