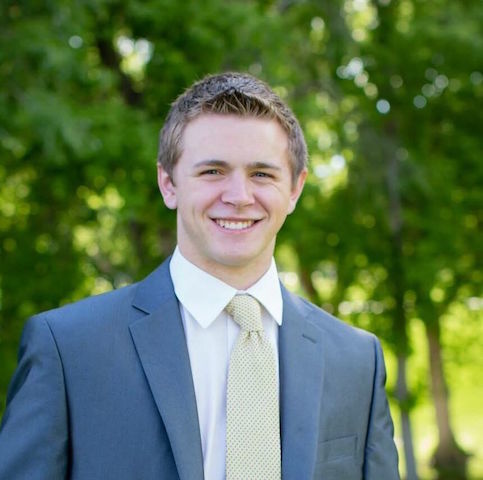 When Wells first called his parents after his first surgery in Brussels, he told them he would probably be in the hospital for a few weeks. Though his hospital stay in Brussels was relatively short, he still had a long, difficult journey to recovery ahead.

Nine days after the bombings, Wells was in an airport again, this time with his parents to catch a plane to Salt Lake City, Utah.

Though he returned to the States and was growing accustomed to hearing English once again, Wells still had to face the reality of his injuries. He spent weeks being poked and prodded by doctors as they did the best they could to help Wells heal physically. Seven surgeries, 300 stitches, 200 staples, and many painful physical therapy sessions later, Wells finally left the hospital in Salt Lake. It had been a total of seven weeks since the bombings.

Recovering at home was frustratingly slow. Three months after the bombings, Wells was still struggling to walk on his injured left foot.

"There were lots of times when I was really frustrated, when I got really irritated," he says. "It took a long time for me to walk normally again. It took a really long time for my hand to close up. It took another six, seven months for my heel to even close up. So I dealt with a lot of frustration."

One day, his frustration boiled over. After three months of trying to put weight on his foot and three months of immense pain, he had nothing to show for it. Wasn't he supposed to be a "normal boy" again? Like so many times before, Wells dropped to his knees and offered a prayer, pleading for help. Like so many times before, he received a feeling of peace, that God had not forgotten His promises, but Wells had to do his part.

Determination renewed, Wells began the tedious, repetitious process that would lead to his full recovery.

Slowly, step by agonizing step, Wells started walking again. Eventually, he was even running 50 yards from his house to his mailbox—a miracle considering just months before he had been sitting on the sidewalk outside the Brussels airport making the decision to avoid the tourniquet that might have prevented him from running at all.

Wells saw God fulfilling His promises on that day as well. Through all the horror, the pain, and the frustration Wells experienced, God was there, fulfilling the promise that Wells would be a "normal boy" again.

More than a year and a half after the bombings, Wells is moving forward. In December 2016, he began taking classes at the University of Utah, and 10 months after the bombing, he fulfilled his lifelong dream of entering the U.S. Naval Academy.

When he looks at his right hand, his left heel, and the skin grafts, he still sees the physical reminders of March 22. But he doesn't regret what he sees.

"Every time I see them [the scars], they are a reminder that God preserved my life," he says. "That He put angels between me and the bomb to save my life. And I think I have a slightly better idea of why Christ chose to keep the marks in His hands and His feet. It's because He literally cannot forget us. He sees us every day. And anytime I'm having a bad day, all I have to do is look down at my hand and realize I'm still here. That God has given me more blessings than I've ever known what to do with it."

He says he can't be angry with what happened to him because he's felt God's help throughout his recovery. Even before the first bomb went off on March 22, He says there were angels in that airport to attend to him, Sister Clain, Elder Empey, and Elder Norby that day. And even though he's struggled mentally and physically since that day, he says he's made up his mind about how he is going to live his life moving forward.

"Ultimately, we know that we are going to face adversity and we are going to face challenges while on earth," Wells says, "But when it comes to all the adversity that we face, the choice is ours as to whether it's going to better our lives or make our lives for the worst. . . .  I had a very clear decision that day to either build myself up or tear myself down while I was at that airport. I had a clear decision every day at that recovery center. The choice has always been mine and always will be whether I will build myself up or tear myself down. Whether I want to give into to anger or hatred or whether I want to choose to live a higher road. Whether I want to choose something better."

He says the way he chooses to live for something better is to learn from his experiences; to learn from the Brussels bombings and move forward with his life; to forgive the men who hurt him and so many others that day.

There are a lot of options in front of him as to how he will live his life after the bombings. For now, Wells still plans on pursuing a career in the military and hopes to continue serving those around him. He says he just wants to live "the kind of life God wants me to live."

"Going through this was the hardest thing I've ever done in my life," Wells says. "And coming out of it and trying to get myself back to where I was, that's been the hardest thing, but it has happened over time. And I can definitely say that God has fulfilled His promise that I would return to my life as a "normal boy," I've been able to live the kind of life that I've wanted to live."

All images courtesy of Jennifer Smith 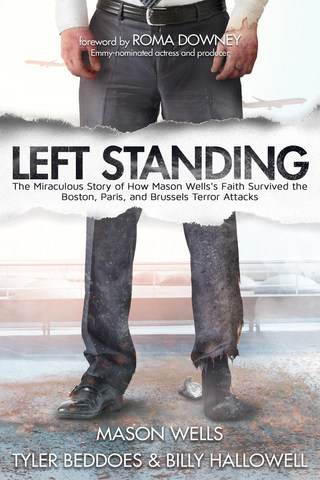