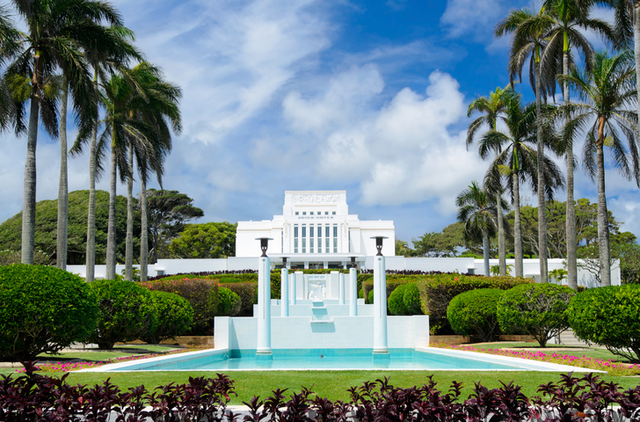 The Miraculous Story Behind the Laie Hawaii Temple

The following story originally ran on LDS Living in 2016 but is being shared again to commemorate the 100th anniversary of the dedication of the Laie Hawaii Temple on November 27 through 30, 1919.

The Laie Hawaii Temple, sometimes called the “Taj Mahal of the Pacific,” has the distinction of being the first temple of The Church of Jesus Christ of Latter-day Saints to be built outside the continental United States.

Originally proposed in 1900, a plot of land that had been purchased by the Church in 1865 became the site for the new house of the Lord. Constructing the temple, however, literally took a miracle and a lot of work and sacrifice from the Saints.

Challenges began with raising money for the project. In Temples of the New Millennium, Chad Hawkins records:

“Raising funds for the temple among the scattered Hawaiian Saints was a challenge that was overcome with faith and ingenuity. The Saints in Hawaii participated in a variety of fund-raising projects, including holding concerts and creating and selling mats, fans, and other craft items at local bazaars. Even though the Saints were already sacrificing a great deal for the temple, mission president Samuel E. Woolley noted that tithing paid by Hawaiian Saints had increased by nearly one-third during this time.”

► You'll also like: The Polynesian Cultural Center: 50 Years in Paradise

Apart from raising funds, the sacrifice and service of many labor missionaries was needed to start building. Labor missionaries like Antone Haiku Jr. A convert to the Church, Haiku was introduced to the gospel when a friend invited him to start playing basketball with the young adults. Over time, Haiku, who originally attended Church as a requirement for him to continue playing sports, became friends with the missionaries, was baptized, and was called as a labor missionary. 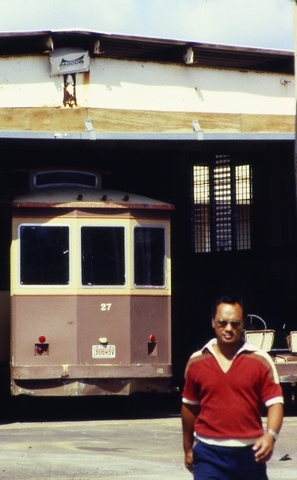 Like many of the young men called, Haiku knew very little about building when he arrived and started out by pulling nails out of boards. Eventually, he found out they were looking for two men to help with the plastering crew at the temple, so he and his friend volunteered to help mix mud for the other labor missionaries to use in the temple construction. He remembers, “We went, and it was a new experience for me. But I didn’t know what the temple was. I just knew what it looked like.” He and his friend stayed at their plastering job until the exterior of the temple was completed, then continued plastering at the Church College of Hawaii (now BYU-Hawaii).

Once he ran out of work, Haiku was asked to learn a new skill—electrical work. “I’m deathly afraid of electrical,” shares Haiku, who was shocked by an open socket when he was a child. “But I went anyway, and that’s where I learned my skill.” After completing some electrical work at the college construction site, Haiku returned to the temple to help with some electrical work there. Reflecting on this experience, Haiku gratefully says “I enjoyed my mission.”

And though the sacrifice and service of labor missionaries like Haiku and other members played a major role in the building of the Laie Hawaii Temple, it would take a small miracle to actually finish the sacred structure. Temples of the New Millennium shares:

“Several features of the site presented problems for the workers on the temple. For one, the ground was unstable coral and sand, necessitating a large excavation to provide solid footings for the building.

“Because large machinery was not available, the entire excavation had to be done using picks, shovels, and blasting powder. The remote location of the temple made it difficult to obtain building materials. Crushed lava and coral were added to the concrete that was used to form the entire edifice.

“Even with this innovation, construction often had to wait while the contractors tried to locate necessary materials. At one point, when construction was at a standstill due to lack of lumber, temple contractor Ralph Woolley prayed for help in obtaining the needed supplies. Two days later, a freight ship became stranded on a nearby coral reef during a severe storm. The captain offered the Saints his cargo of lumber if they would help him unload his ship. The Saints agreed, and work on the temple was resumed.”

Though attendance at the Laie Hawaii Temple slowed dramatically during World War II, through the faith of local members, it stayed open for one endowment session a week and occasional weddings. Since its dedication in 1919, it has expanded from 10,500 square feet to 41,000 square feet, been painted pale green to blend with the landscaping and returned to white, been remodeled, and the grounds modernized. A visitor's center has also been added, where thousands of visitors from the nearby Polynesian Cultural Center are welcomed each year. The Laie Hawaii Temple has a history as rich as the Saints who attend it and continues to stand as a beacon of faith to those who visit it today. 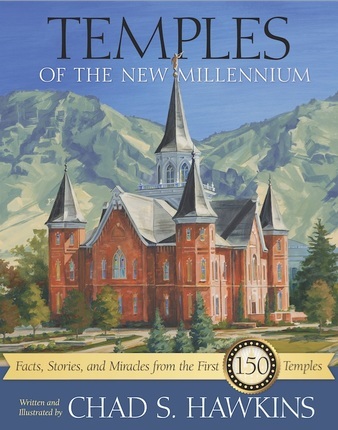 Read more incredible stories and miracles behind temples around the world in Chad Hawkins's Temples of the New Millennium, available at Deseret Book stores and deseretbook.com.