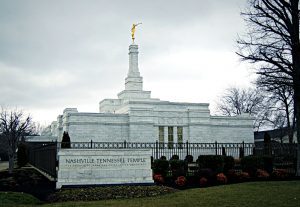 The Mormon Temple That a U.S. City Kept from Being Built—Twice

How eye-opening to learn the history behind this temple that was never built.

In 1990 and 1997, the combined impact of two Supreme Court decisions weakened religious freedom protections and left churches in a very vulnerable position, especially in terms of land use rights. Some may think that legislation protecting churches and their right to build places of worship isn’t necessary—that a city would never discriminate against a less popular religion, but the weakened state of religious freedom following the decisions of Smith and City of Bourne provided ample evidence to the contrary (read more in this blog series, Religious Freedom: What’s All the Fuss About?). One clear example of the vulnerability facing churches in America was evidenced when The Church of Jesus Christ of Latter-day Saints (the “Church”) was prohibited from building a Temple in the city of Forest Hills, Tennessee.

Around 1994, the Church initiated efforts to build a temple on land it had previously purchased in Forest Hills. The City’s zoning plan effectively prohibited all new churches from constructing a place of worship in the City without permission. When the Church asked authorities in Forest Hills for permission to build a temple, one hundred and twenty residents showed up to oppose the change and the zoning authorities unanimously rejected the proposal.

In good faith, the Church bought a second parcel of land for a temple at great expense. The new site addressed previous concerns raised by the city.

Lead image from For Religous Freedom

Read the rest of this story at http://forreligiousfreedom.com