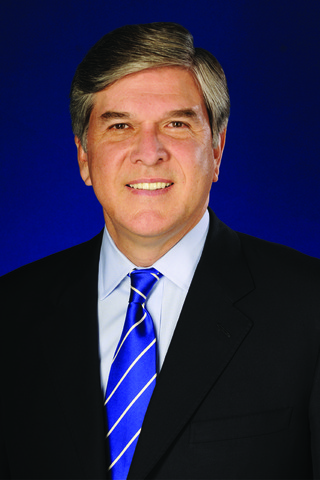 The National Debt and the Election of 2012

Today most of what politicians argue and clamor about devolves down to the distribution of “stuff”—money and materialism—in the furtherance of some relative sense of social justice. As a Latter-day Saint serving as a United States Senator, I never had the sense that the Spirit of the Lord was much a part of these debates, those involving the grubby details of government or of contentious partisanship. Yet, always, I keenly sensed that Providence cared about America and was alarmed by policies that fostered improvident living, dependence and indolence in its people, and all on borrowed money.

Another election season soon will be upon us, one with two Latter-day Saints contending for the presidential chair. The central issue for debate that will and should attract our earnest attention is the deplorable condition of the nation’s finances. The nation’s debt clock is rapidly becoming a time-bomb. America cannot long remain simultaneously the world’s super power and the world’s super debtor. All great nations in history have presaged their declines with massive, unsustainable debt, the Roman and British Empires being two obvious examples. Of one thing I am certain: the world will be a poorer and a much more dangerous place if a debt-laden, lethargic America no longer has the strength to lead and foster around the world the values of “life, liberty and the pursuit of happiness.”

Congress is a mirror reflection of the people of the United States. In modern times, Americans and their elected representatives have developed a terrible tendency; members of Congress fiercely guard their own budget priorities, as demanded by their constituents, while cheerfully whittling away at their neighbor’s. More times than I can count, meetings in my Senate office would begin with a constituent decrying the federal debt, followed soon thereafter by a request for access to the federal treasury in support of their “essential” program. We need to admit that we are all “special interests,” that we all want “redress” of our grievances with government by being treated “special” by government officials. My cousin, Mo Udall, the late Congressman from Arizona, used to illustrate this tendency with a story:

“Hanging his coat on a restaurant rack, a man sat down to dine. A thief seized his coat, put it on, and began to run away. The coat’s owner, enlisting a nearby policeman, gave chase. The officer ordered the thief to halt; when he kept on running, the coat’s owner shouted, ‘Shoot him in the pants!’”

The national debt will soon hit us all, not in the coat or pants, but in the wallet. It’s apt to hurt. Few will be spared the pain. Best to plan, prepare and vote now. It will hurt less if we vote for those candidates serious about dealing with this problem sooner rather than later. What can’t go on forever won’t. It is time to deal with America’s debt, to “ask what we can do for our country.” So, however and for whomever you choose to vote, do so as a patriot, not as a partisan, and not as a special interest. As Latter-day Saints, let us do our part to make sure that America’s “greatest generation” does not give way to its greediest generation. America and the values of its founding documents matter too much to humankind, and to the Lord’s purposes on Earth, to be trodden under foot in a mass dash for “our fair share” of borrowed riches. America is an exceptional nation, a choice land, and it deserves a rebirth of our “better angels.”

Hot Topics PoliticsPolitics,Hot Topics
Comments and feedback can be sent to feedback@ldsliving.com