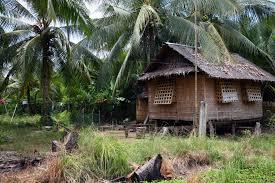 When the prophets said the gospel would go to the ends of the earth, they meant it. Guiuan, Samar, a small town in the Philippines, was the farthest away from anywhere that I had ever been. I was approaching the last five months of my mission when I was told that I was transferring to Guiuan, a nine-hour trip by bus and jeep from the mission home. This area was generally known throughout the mission as “outer darkness” because it was so far away from anything. I came to learn that the name held true for a lot of things about Guiuan. I also learned some of the greatest lessons of my life while I was there.

My companion, Elder Macababad, and I tried to do our best to love the people in our area. We worked hard to bring the gospel to the people. Day after day we tracted and made street contacts, trying to find somebody who would listen to our message. We worked hard to serve the community so that the people might see we just wanted to help them; but they wouldn’t even let us do that. As our efforts to bring the gospel to these people failed, we became somewhat depressed and negative towards the people. Then one day we visited Brother Lucio.

Brother Lucio had been a member for four years. He had accepted the gospel because an elder had given him rice when he had no food. He thought that a person who would give with no thought of reward must belong to the true church—so he was baptized. We knew that his favorite thing about the church was the hymns.

The first day we met him remains indelibly imprinted in my mind. His little shanty-house was made of cinder-blocks, which were so old they crumbled when you touched them. Pieces of scrap metal served as a roof. In many places the metal had rusted completely through, exposing him to torrential rains. An ill-fitting piece of plywood served as a door. Garbage and raw sewage ran down the gutter by his house. My heart felt sick, as it had a thousand times before, when I saw the abject poverty in which he lived. I wondered how anyone could live in such depressing circumstances.

Brother Lucio opened the door and graciously invited us in. It took a minute for my eyes to adjust to the darkness inside. As they did, I looked around to find a smoldering fire in one corner. A few dirty dishes lay in the ashes. The ceiling and walls were covered in soot, making the room look even gloomier. On the walls hung records with the names Frank Sinatra, Bing Crosby, and Glen Miller written on them. Soldiers from World War II had given them to him when they left the island. Their black color did little to brighten the room.

He invited us to sit on a bench and began talking to us about his life. He told us that when he joined the Church, his wife and children left him, his friends rejected him, and his community ostracized him. He said it was hard to be alone and that he got very lonely. The hymns, he said, were the only things that brought him comfort when he felt sad or alone. Elder Macababad and I stayed and talked for a while, then as we got ready to leave, we asked him if we could sing him a hymn. A broad smile covered his weathered face, exposing a toothless mouth. He stood slowly, walked to his table, shuffled through a stack of books, and picked out a well-used hymnal. I asked him to pick a song we could sing to him, so he started searching. But then he stopped suddenly and said he would sing to us his favorite song. Slowly, he turned the pages until he found the song. While gently smoothing the pages, he said to us, “Elders, when I am sad, I sing this song and I can’t help but feel happy.” He then began to sing these words:

There is sunshine in my soul today,

Than glows in any earthly sky,

There is gladness in my soul today,

And hope and praise and love,

For blessings which he gives me now,

For joys laid up above.

Though he wasn’t singing the right tune, and the tempo wasn’t quite right, I had never heard anything so beautiful. With each verse he sang the words sunk deep into my soul, softening my heart and opening my mind beyond my own problems. Here was a little old man, who lived in darkness, with nothing in this world to comfort him—no family, no job, and no close friends—and yet he managed to see the light. A light beyond what this world had provided for him. He saw and felt the miracle of the light of Christ and His love. In it he found joy, comfort, and belonging. As he continued to sing, my eyes filled with tears of gratitude for all that I had. I felt ashamed for all the murmuring I had been doing. Suddenly, the burdens I carried were lightened. How small and insignificant were my temporary, passing discomforts compared to what this man lived through. I literally had everything but had failed to see it. Right then, I made up my mind to see the sunshine and let it into my soul. I determine that if Brother Lucio could see light in the midst of poverty, then I could see it in my life.

My testimony grew immeasurably from that experience and it has sustained me through every “trial” I have encountered since. Sometimes I’ll forget what I learned and go on kicking against pricks (see Acts 9:5); but when I stop to think, my mind takes me back to a dark little shanty, literally at the ends of the earth, where I learned the joy of the gospel. And in my mind I can still hear Brother Lucio singing in his wavering voice, "There is sunshine in my soul today."

Indeed, ours is a gospel of miracles. This book is a collection of simple yet life-changing experiences—everyday miracles—which come as a natural consequence of the Lord's promise that his Spirit will always be with us if we keep our covenants and remain faithful. These stories will touch your heart and stir your memory, drawing forth the welcome discovery that your own life has been filled with a series of small, everyday miracles./p

Mormon Life Gratitude JoyGratitude,Joy,Mormon Life
Comments and feedback can be sent to feedback@ldsliving.com