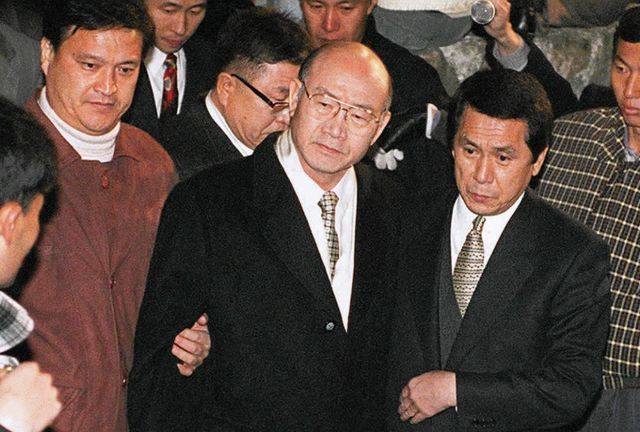 It was 1980 and a coup d’état had just occurred in South Korea. An official from Washington was sent out to meet with General Chun Doo-Hwan, who now ran the country and would be president for seven years. Chun asked me to facilitate communication at the meeting.

I entered the throne room and saw Chun sitting in isolated splendor on a green silk sofa. The American official sat on another sofa, the home minister on a third, and a brace of four-star Korean generals occupied the low-prestige sofa opposite Chun in the rectangle. As the lowest ranking guy, my place was between the two generals. To get there I stumbled over one general and turned my back on Chun, a major cultural affront.

As I was about to slide into my seat and face Chun, a servant suddenly accosted me from behind the sofa, obliging me to keep my back to Chun and prolonging my panic. The attendant asked twice before I understood he was offering me a “kokutaru,” a cocktail. Everyone else was impatiently sipping a cocktail while awaiting my arrival.

The waiter twice more attempted to hand me a kokutaru as twice more I insisted on oranji jushi. “Take the cocktail, Grant,” I thought, “just don’t drink the thing.” I was single-handedly destroying American foreign policy. As I opened my mouth to accept the kokutaru, a clear voice in my head said, “No way, brother!” I mouthed “oranji jushi” once again, with feeling. This time the gilded one got it, returning shortly with an orange juice.

My eyes shot around the sofa rectangle as I slid into my seat but saw only scowls. Home Minister Kim broke the ice. He commanded all the police in the country and had been a friend when he served as a four-star general. He turned to Chun. “Do you know why Mr. Grant wouldn’t take the kokutaru? Because he’s a Mormon.”