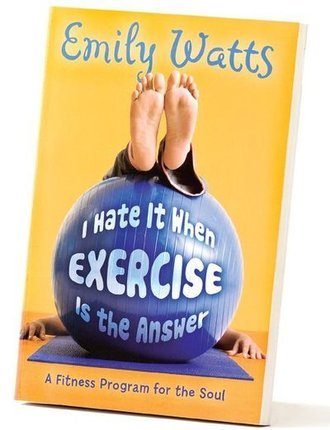 The Problem with Mother's Day Gifts at Church

My children are now all of the age where male-female relationships play a prominent role, and watching them has reminded me how mystified I was as a young adult woman at the seeming insensitivity of the young men in my world.

Now, many years later, I've seen the research that suggests men's brains are structured differently from women's, and that the connection between brain hemispheres that allows woman to multitask and to process relationships is less developed in men. Their brains are programmed to forge ahead single-mindedly and conquer problems--a significant skill.

Take Mother's Day in my ward, for example. To start, the men take over the women's Church jobs so that they can relax and attend Sunday School and Relief Society. I think that's a great start.

Next comes the gift for the women. I know that the men agonize over what is most appropriate. Plants are a frequent choice, but many members have nowhere to plant them. Cut flowers seem to be out of the question--many men perceive them as a waste of money, although surveys say women would rather receive fresh flowers than a plant. One year I was in Seattle on Mother's Day, and the bishopric in that ward presented the women Cadbury chocolate bars. I applaud that most heartily, except I know our bishopric shies away from those, too, as unsuitable for diabetics.

Next comes the awkwardness of deciding how to present the gift. It has long been a practice to include all women, not only those who have borne children. The instinct is right, but it's tough for the single women in our ward to stand up. And the day is difficult for a lot of mothers, too, who don't feel like they measure up to the "ideal mother" who is likely to be extolled in well-meaning sacrament meeting talks.

The men just don't want to offend anyone. That seems to be their primary goal on Mother's Day: it's not to honor motherhood or even womanhood. Instead, it's to avoid making anyone upset. This is our fault (the women's, I mean) for reading the wrong message into everything.

Contrast this with Father's Day. For many years, we didn't even observe Father's Day in our ward, and no one ever complained. Now we have a tradition that during the last ten minutes of priesthood meeting, they gather all the classes from deacons to high priests together in the multi-purpose room and present them with Fat Boy ice cream sandwiches. No one tries to probe for subliminal meaning in the choice of Fat Boys. They eat their ice cream and yuk it up and go home happy.

What would happen in your ward if they tried to give Fat Boys to the women on Mother's Day? Almost too horrible to contemplate, isn't it?

So, which way is better? Neither, of course. They're just different. I have grown to appreciate my husband's steady clarity when I've gotten emotionally overwrought about a situation. And he seems to appreciate my ability to correctly "read" the emotions in our children. We need both skills in our family, in our ward, and in our world.

Excerpted from I Hate it When Exercise is the Answer: A Fitness Program for the Soul by Emily Watts; available at Deseret Book.