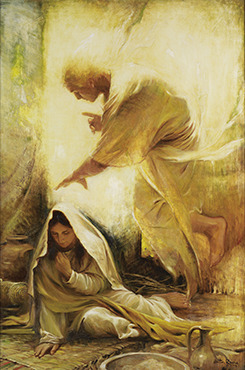 The Role Angels Play in Our Lives Today

At Christmastime, angels are everywhere—from artwork and songs to ornaments, wrapping paper, and many other cultural artifacts, from the sacred to the profane, the classy to the kitschy. (For the top of the Christmas tree, I’m a star person, myself.) Angels are “trending” during this (seemingly ever-lengthening) season of the year, mostly because heavenly messengers figure prominently in the Christmas story but also because angels seem to be one of the few religious images you might find in otherwise secular celebrations. It would be hard to imagine Christmas without them.

But what do angels really mean to most people, and what should they mean?