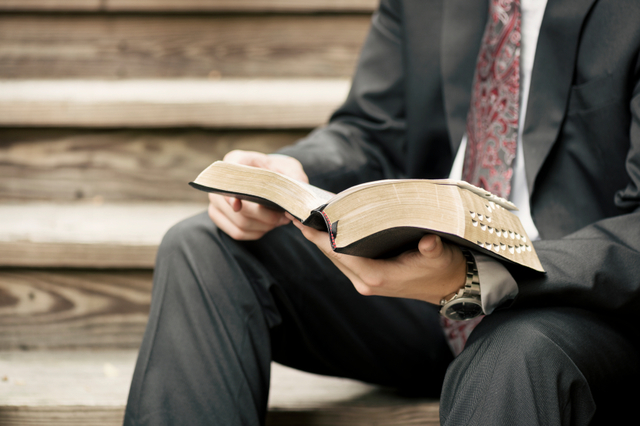 When I returned home early from the mission after two months of service, I was fatigued, ill, and discouraged. I didn’t have anyone to turn to, and I didn’t know what to do next with my life.

“This wasn’t part of my plan,” I exclaimed with tears in my eyes. “I failed. I feel terrible.”

Jake, my counselor, responded calmly, “Andrew, let’s open to the scriptures. Have you ever heard of Oliver Granger?”

Six months earlier: “Dear Elder Young, you are hereby called to serve as a missionary for The Church of Jesus Christ of Latter-day Saints. You are assigned to labor in the Baltic Mission. In addition to your calling to serve you will be assigned to labor in the Estonia mission region.” Those words popped off the page at me like they were bolded, italicized, and underlined. “Estonia!” I thought to myself. “Where is that?” My mother literally fell to the ground in absolute shock of where the Lord would be sending her youngest child for two years, or so she thought. My head soon found its way onto her shoulders where the excitement, nervousness, and humble gratitude of what had just taken place softly turned into tears that coursed down my face.

I couldn’t have been more excited to be in Estonia for the next two years, but the Lord had different plans.

I am an early returned missionary, and I couldn’t be more thankful to the Lord for blessing me with my health opportunities, because in His own words, “this will I do that ye may stand as witnesses for me hereafter, and that ye may know of a surety that I, the Lord God, do visit my people in their afflictions” (Mosiah 24:14). This article is for others who have returned home early from a mission, bishops, mission presidents, family members, and friends; in short, this article is for all of us, because at some point on this mortal journey we may meet someone who has returned home early from full-time missionary service. May you feel the peace and assurance that comes from knowing that the Lord has much in store for you. You are loved. You are needed.

President Dallin H. Oaks recently said in a general conference, “What we call . . . ‘missionary work’ is not a program, but an attitude of love and outreach to those around us” (Dallin H. Oaks, “Sharing the Restored Gospel,” 2016). In the Church, there is such an emphasis on the term missionary work that people sometimes forget what missionary work is. As President Oaks said, it isn’t a program, and it isn’t a checklist item. It is love. It is hope. It is faith. It is, as Alma tells us, being willing to mourn with those who mourn and comfort those who stand in need of comfort (Mosiah 18: 9).

There is one word in that passage that is more important than all the rest: willing. The Lord doesn’t tell us to go and do something, no help provided, no hope promised, and no blessings offered if we fall short. He rewards those who are willing to go, regardless of the length of their service. People describe their life as a mission. If that is the case, are the only ones who succeed the ones who live longest? Of course not.

Alma 40:8 states, “All is as one day with God, and time is only measured unto man.” Yes, a mission is typically 18 or 24 months; but those who cannot serve that allotted length of time need not grow weary, for they are laying the foundation of a great work. What is that work? That work is themselves. It’s their futures. It’s their hopes and dreams and a lifetime of service—however long that lifetime may be.

I worried after coming home from my mission early that all I would hear members talk about is how many numbers they saw on their missions. How many investigators they had or how many baptisms they experienced. How could I feel like my service mattered if I didn’t have any numbers like them?

Was I successful? Did I fail the Lord and my family? These questions brought me to a mental and emotional collapse. Because of this experience, I sought professional help. I met two men I perceive as angels. They changed my perspective on missionary work and ultimately shaped my full mental and emotional recovery. One of those men, whom I will call Jake, was my counselor. Jake was blessed through various callings in the Church to stay very close to the Lord and, through his professional duties, had the opportunity to take care of people who were struggling like me.

A few weeks into my visits with him, I couldn’t get over the belief that I had let everyone down by returning early from my mission.

“This wasn’t part of my plan,” I exclaimed with tears in my eyes. “I failed. I feel terrible.”

Jake responded calmly, “Andrew, let’s open to the scriptures. Have you ever heard of Oliver Granger?”

I shook my head back and forth. I had never heard of Oliver Granger, though I would quickly learn why the Lord decided to include him in the scriptures. It is, in part, because of Oliver Granger that I made it to where I am today. He helped me to see what the Lord truly deems as “success.”

He wasn’t very well known among the Saints. He never saw many “numbers” during his earthly life. Yet the Lord held him, and continues to hold him, in very high esteem.

“I remember my servant Oliver Granger; behold, verily I say unto him that his name shall be had in sacred remembrance from generation to generation, forever and ever, saith the Lord” (D&C 117:12).

“When the Saints were driven from Kirtland, Ohio, in a scene that would be repeated in Independence, Far West, and in Nauvoo, Oliver was left behind to sell their properties for what little he could. There was not much chance that he could succeed. And, really, he did not succeed!

“But the Lord said, ‘Let him contend earnestly for the redemption of the First Presidency of my Church, saith the Lord; and when he falls he shall rise again, for his sacrifice shall be more sacred unto me than his increase, saith the Lord’ (D&C 117:13) (Boyd K. Packer, “The Least of These,” 2004).”

“For his sacrifice shall be more sacred unto me than his increase, saith the Lord” (emphasis added, D&C 117:13).

With those words, the Lord teaches a lesson to all who have never experienced many “numbers” in their church service. He’s saying to keep your head up. He’s saying that He cares more about who you are now, and who you are willing to become, than numbers. We are promised that our joy will be great if we bring just one soul unto God. That one soul is our own.

So, take heart, and be grateful. The Lord has told Oliver Granger He was enough. He can tell you, too.

And with arms outstretched, a heart full of love, and the utmost gratitude for your service He stands before you proclaiming, “Well done, good and faithful servant; thou hast been faithful over a few things, I will make thee ruler over many things: enter thou into the joy of thy lord” (Matthew 25:23).

Drew is currently studying at Brigham Young University and has high aspirations of coaching and mentoring individuals on how to turn their dreams into reality, overcome adversity, and make personal development a key factor in their lives.