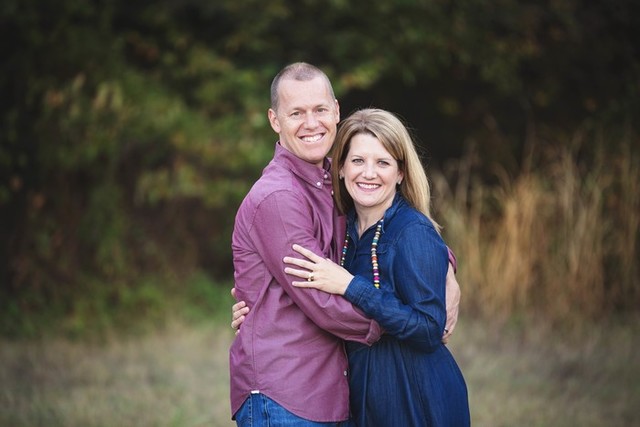 The Spirit Told Me, "I Need You to Get Comfortable with Discomfort"

On Time Out for Women, Meredith Smith wrote an extremely personal and beautiful blog. Here is just a small portion of her story:

In June of 2014, we sat our boys down and told them, tearfully, that Dad was leaving the Church. While this has been difficult on our marriage, we have decided to choose each other and choose our family. We continue to be the “selfie-strong” #SmithSix. But at the same time, I had a choice to make. I became more determined than ever to live my covenants.

Later that year, we found out we were expecting a long-awaited, but unexpected, fourth baby. What followed was six months of bed-rest and in-home nursing care for extreme morning sickness. I had an IV that I would unplug to bring my boys to church, and eventually, a PICC line where I carried a shoulder bag of medication around to my meetings. I did not want my boys to be alone at church, no matter how poorly I felt physically.

After regaining some energy towards the end of my pregnancy, I headed to the Dallas temple with some friends. I was so relieved to be there. I needed the peace and comfort that only the temple could bring. It was a packed endowment session. Extra chairs had been brought in to accommodate a few more people in the room, including a sweet special-needs sister who had a companion to help her. I was on an aisle and she was sitting directly behind me. I could hear her telling her helper how uncomfortable her chair was. Halfway through the session, her companion tapped me on the shoulder and asked if I would trade seats with the woman (I had a feeling that was coming). Despite my pregnant state, I said, “Of course." About five minutes after switching chairs, I realized the woman WASN’T kidding! It was (and I’m not exaggerating here) the MOST uncomfortable chair I had ever sat on! It was clearly used for aesthetics in the temple and not built for long sits. I tried to shift my position and get comfortable, but to no avail. Tears flooded my eyes and Heaven and I had a little chat. “Father, life is so hard right now. Every time I turn around, there is another challenge. I’m trying so hard to do Thy will, but I’m being asked to do one hard thing after another…even in the temple! Please help me understand.”

A few minutes passed, and then clearly into my mind came the words, ”I need you to get comfortable with discomfort.”