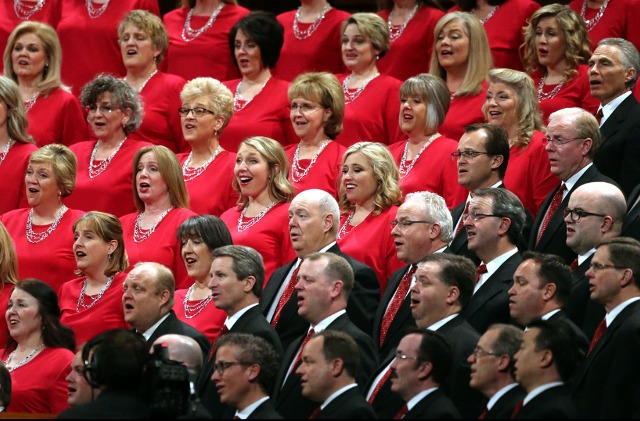 The Tabernacle Choir's Latest Album Hits No. 1 on the Billboard Charts

While the name of The Tabernacle Choir may be different, hitting the No.1 spot on the Billboard charts is nothing new.

The world-renowned choir’s latest album Let Us All Press On: Hymns of Praise and Inspiration reached the top spot on Billboard’s Classical Traditional chart this week, choir officials said in a news release. The Tabernacle Choir returned to its roots with its first full-length album of hymns in seven years. It’s the 13th time the choir has earned No. 1 honors.

“We are grateful for the response to this latest recording by the choir and orchestra,” choir director Mack Wilberg said in the news release. “We gave the album the subtitle of ‘Hymns of Praise and Inspiration’ and our hope is that the recording’s music can provide the inspiration and uplift that so many are looking for in the world today.”

► You'll also like: 3 Things You Always Wanted to Know About the Tabernacle Choir's Mack Wilberg and Ryan Murphy

The much-anticipated album includes 14 powerful hymns, featuring favorites like “Lord, I Would Follow Thee” and “Press Forward Saints.” One particularly stirring hymn “Love Divine, All Loves Excelling” may sound very familiar to many Latter-day Saints—it is set to the tune of the beloved sacrament hymn “In Humility Our Savior.”

Also included on the album is the hymn “Our Prayer to Thee,” with text written by President Russell M. Nelson. According to the Tabernacle Choir website, President Nelson wrote the words in 2003 and it was first performed as a hymn in April of that same year at general conference, set to a tune by composer Joseph Parry. 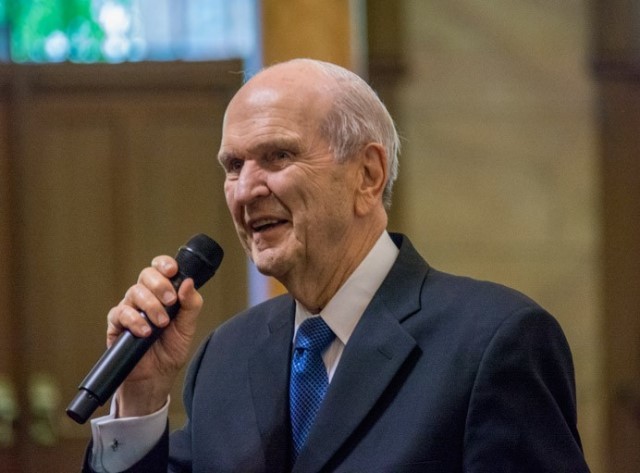 Russell M. Nelson addresses the choir after they record his hymn, “Our Prayer to Thee.” Image courtesy of the Tabernacle Choir website.

The choir has also won an Emmy and Grammy Award as well as performed at 10 presidential inaugurations, 13 World’s Fairs and Expositions, and the Opening Ceremonies of the 2002 Winter Olympics, according to their website.

The choir, which started recording in 1910, first hit the Billboard charts in 1959 with their rendition of "Battle Hymn of the Republic," which climbed all the way to #13 on "The Hot 100." Since then, they have had 13 albums hit No. 1 on one or more of Billboard's "Classical," "Classical Crossover," and "Christian" charts, including This Is the Christ, Glory! Music of Rejoicing, Heavensong: Music of Contemplation and Light, and He Is Risen.

“While being at the top of the Billboard charts is not new for the choir, we are always pleased when the work of these talented performers is well received by the public,” choir president Ron Jarrett said in a news release. “We know that the music of the choir and Orchestra [at Temple Square] can bring peace and healing to those who listen.”

1. Press Forward, Saints
2. More Holiness Give Me
3. On This Day of Joy and Gladness
4. Lord, I Would Follow Thee
5. Have I Done Any Good?
6. Rejoice, the Lord Is King
7. Our Prayer to Thee
8. Let Us All Press On
9. Guide Us, O Thou Great Jehovah
10. Hark, All Ye Nations
11. Brightly Beams Our Father’s Mercy
12. Standing on the Promises
13. Love Divine, All Loves Excelling
14. All Creatures of Our God and King

To celebrate the release of the album, the Tabernacle Choir recently held a contest where four winners (two men and two women) were chosen to sing with the Choir during a run-through of Music and the Spoken Word on April 14. 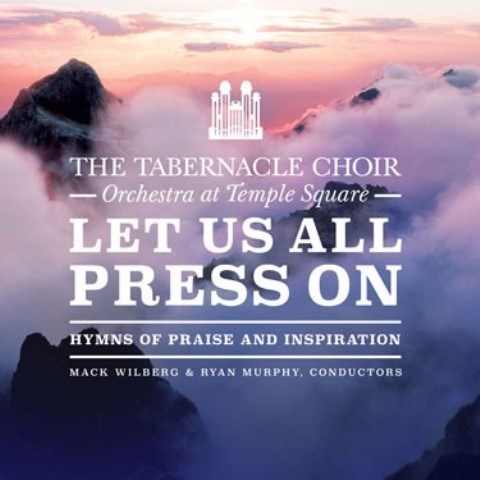 The first hymns album from the Choir in seven years, Let Us All Press On, features beloved classics like "All Creatures of Our God and King" and "More Holiness Give Me." The rousing title track, "Let Us All Press On," is a fresh arrangement by Richard Elliott first performed after Russell M. Nelson's historic address by the same name in the spring of 2018.