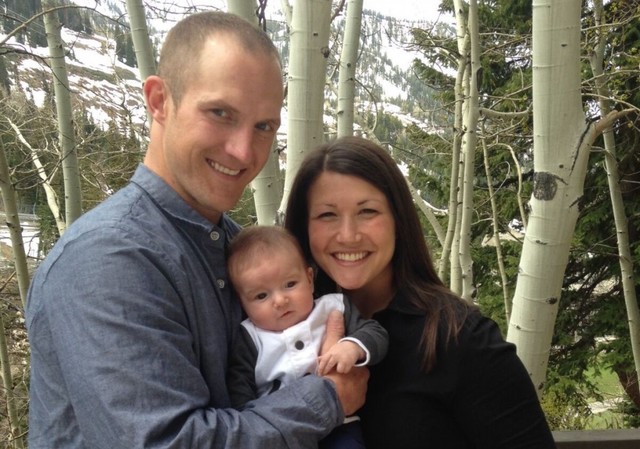 The following story was originally published on Jason F. Wright's blog in 2015 and has been republished with permission.

On Thanksgiving night in 2008, Taylor Richards of Sandy, Utah, sat in his dark car a few miles from his parents’ home. He was exhausted, cold, 25 years old, and a raging alcoholic.

He was also alone.

This wrong kind of silent night was interrupted by a phone call from his brother Spencer. A few minutes later, they sat together in the front seat of his Subaru wagon and ate turkey and stuffing on paper plates.

“I knew I needed to do something,” Richards told me during an interview, “but getting and staying sober and happy seemed about as likely building a space shuttle out of the few belongings I had in my car and then orbiting the Earth.”

Perhaps fueled that night by both the warm food and the warmth of his brother’s unconditional love, Richards decided that it was time to turn himself in to jail and to make the kinds of sacrifices he’d always resisted. Before saying goodnight to Spencer, he’d decided to sell his most prized possessions — his ski equipment — and promised that the next day he would answer to whatever warrants were waiting for him.

He was ready to change. It was time to accept that his destructive journey to that roadside Thanksgiving dinner hadn’t been a sprint, but a marathon.

And he’d been running since the age of 15.

Richards took his first hit of marijuana when he was a sophomore at Jordan High School. Prior to the experiment that changed his life, he’d been the model young man. He attended church, fulfilled his responsibilities, and had big plans for the future.

Soon, that first cloud turned to a storm and he was smoking and drinking on a regular basis. “I found myself changing my social plans to work around alcohol, waiting for hours for someone with an ID to purchase it, and not caring at all about what I did each night, as long as alcohol was involved.”

Though Richards enjoyed marijuana — thanks to stealing money from his parents, it was the high-quality stuff so he could keep friends — alcohol was his true love. Before his 16th birthday, he knew he was an alcoholic.

Richards’ parents soon sent him to his first treatment program. He was in the residential facility for six months and did all the right things to graduate. “But it wasn’t about recovery; it was about getting out.”

His problems followed him to another high school and then back again. He returned to his routines of drinking and drug use, often taking his first drink of the day at 5 a.m. in an empty school parking lot.

After graduating from Jordan — he was not allowed to walk, but did earn a diploma — his parents sent him to Texas to live with an uncle. The plan was to landscape both a yard and a fresh start. Once again, he failed and spent the summer secretly drinking and smoking marijuana.

The same night he returned home, Richards was arrested for the first time. Unhinged and unafraid, he kicked out the rear window of a police cruiser, ran, and fought with the officers. It might have been his first waltz with the law, but it wasn’t his last. He’d been arrested and jailed nearly 20 times since.

Richards would go on to attend and drop out of Utah State University. “I was literally blacked out drunk every day.” While there, he began using mushrooms and acid and doing the occasional line of cocaine. He also developed a taste for pornography that quickly rose to the level of addiction.

Out of school and living in an apartment, Richards took the first of several jobs at Utah’s ski resorts. “This allowed me to ski every day — which I had grown up doing and loved very much. All the while partying every night with others who had the same passion for skiing and alcohol.”

Predictably, one job after another ended the same way: “You’re fired.”

Eventually, he moved home again under a strict agreement to get sober. He attended regular Addiction Recovery Program sessions offered by The Church of Jesus Christ of Latter-day Saints, but still had no desire for sobriety. “I went through the motions, but never really wanted to let go of my old ways.”

Richards later took and lost jobs in Alaska and Jackson Hole, Wyoming. After a serious seizure that could have killed him, his mother, Karlan, rescued her bruised and battered son in a dingy hotel room. She brought him back to Utah and Richards again checked himself into treatment. But once again, he was more committed to the disease than the cure.

Back in the painful grind of addiction, Richards moved frequently and launched cocaine, alcohol, and ecstasy benders lasting up to two weeks. “This is a hazy time of my life,” Richards admits, “and it’s also the saddest.”

One fresh start after another turned sour and Richards found himself living in his car and racing downhill in a type of misery he never knew existed. “It was early winter and I had money for gas or booze, but never both. I always went for the booze because I couldn’t function without it. Ironically, I couldn’t talk or walk unless I was drunk. I remember waking up in my car and each morning I would slam whiskey until I couldn’t hold my breath anymore.”

There, on the side of the road, a lifetime of addiction came to a pivot point. There was nowhere else to go. Rather than asking God for a sign, it was time to show one of his own.

It was time to demonstrate to heaven and family he was serious. A willingness to sell his beloved ski equipment to pay warrants and court fines might seem a small thing to most, but to Richards and his loved ones, it was a significant sign of genuine desire.

That Thanksgiving night, his brother Spencer returned from their roadside reunion and informed their parents of his brother’s plans. Concerned he could suffer another withdrawal seizure in jail, they offered once again to get him into treatment. Together they chose Renaissance Ranch in Bluffdale.

His life has never been the same.

Richards left the residential 60-day program finally a true believer in Alcoholic Anonymous. His first clean year since middle school was brutal, but Richards survived by leaning on his sponsor and attending two to four AA meetings per day. He also surrounded himself with other active AA members skiing the same slopes of recovery.

During this critical time, Richards developed a deep testimony of the power of service. “The more service I did, with no agenda or thoughts of anything in return, the better I felt about myself.”

He also learned to pray, meditate, and finally believe that recovery starts with Christ. “I remember getting on the freeway frustrated after leaving court with probation being extended once again. This was after a year of jumping through all the hoops and being active in AA. I remember thinking I can either turn this over to God because there’s nothing I can do about it, or I can continue having anxiety and thoughts about the fairness of my situation. Somehow I turned it over and what do you know? Everything worked out.” 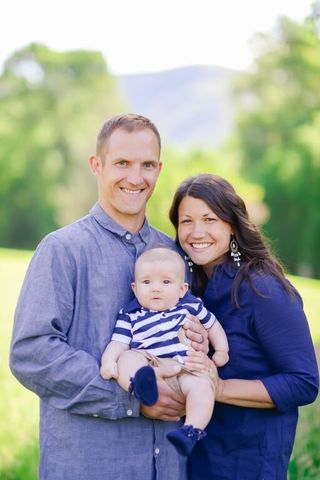 Gaining confidence every day, Richards reconnected with a woman he’d met years earlier in Salt Lake City and never forgotten. Even when he dated other women, Brenda Joyce was always on his mind and in his heart. Within just a few months of finding her on social media, she relocated from Minnesota to Salt Lake City and they began a fresh life together.

Taylor and Brenda are preparing now to enter the temple of The Church of Jesus Christ of Latter-day Saints and be sealed together to their baby boy, Grayson.

To support his family, Richards works at Renaissance Ranch and has dedicated his life to helping others cross the deep divide from addiction to hope. He says he owes everything to AA and the famed 12 steps. No amount of money could ever repay what the program gave him and this passion explains his courage in going so public with such a private story.

In 2014, Richards also fed his entrepreneurial dreams by launching IZM Apparel. The company makes and sells upscale hats, shirts, and facemasks to athletes at all levels and in all gravity sports.

Richards loves explaining the unusual name. “Alcoholics often refer to the disease as the ‘ism.’ I don’t want to make light of it, but I never want to deny who I am or what I’ve overcome. Sports, which I’m still so passionate about, can be a wonderful kind of treatment in its own way. So when I hear someone say they’ve got the ‘ism,’ I want them referring to that hunger to defy gravity on the slopes or on a bike or the water or whatever. It’s the right kind of 'ism.'”

Less than a year in operation, IZM Apparel is already popping up at ski shops and boutiques around the state. 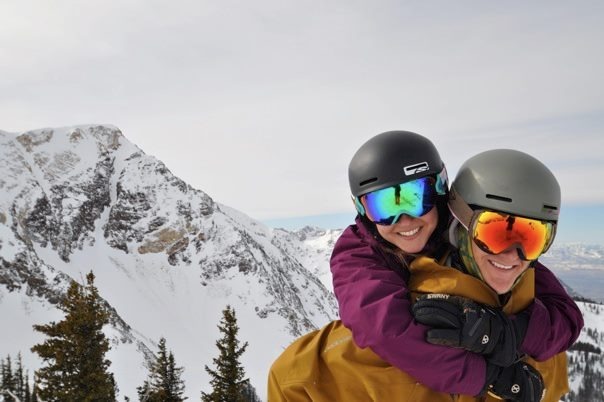 This Thanksgiving, Richards will park his car in the driveway and join his family at the dinner table. He’ll give thanks for the parents and siblings who stood by him, even when they took the necessary and inspired tough-love approach.

He’ll give thanks for his beautiful wife and their life together — a life that not long ago seemed impossible.

Perhaps more than anything, he’ll give thanks for a loving elder brother, Jesus Christ, and for his endless forgiveness.

When the world would have given up on an alcoholic living in his car and wasting away the prime of his life, the Lord offered one more chance and one unmistakable message.

“Real recovery starts with me.”