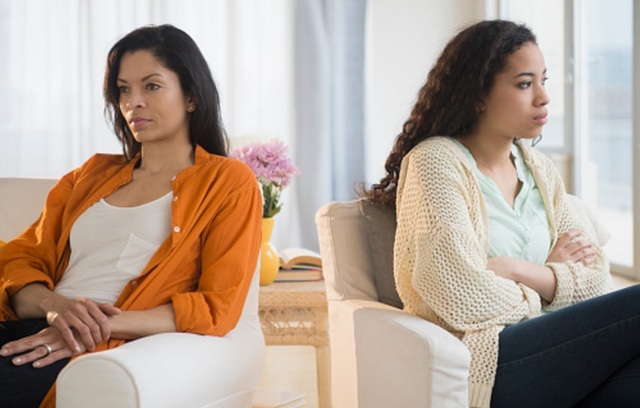 The Thing About Getting Offended Mormons Don't Often Understand

Do you get offended easily? Or hardly ever? I'm genuinely curious. I've had a little thought I've been tossing around in my head on that subject that I wanted to share.

A little while ago I wanted to use my Facebox (Facebook soapbox) to recommend a movie that means a great deal to me. But after watching it again, I realized that it had a few minor vulgar moments and significant use of one offensive word (no, not THAT one) that I thought might offend others, so I decided not to share it. But then it dawned on me that our being offended by certain words or actions is really a choice, isn't it?

While serving my LDS mission in Puerto Rico, we taught an incredibly smart area executive of one of the largest companies in the world. Her name was Mary, and we had the most amazing discussions with her. She had the best questions about our faith, and she was so sincere in her desire to learn more about it. I always looked forward to teaching her.

During one discussion, we decided to share our testimonies and beliefs of the importance of Joseph Smith as a latter-day prophet. The discussion went very well and my companion and I wanted to end it by singing one of our favorite hymns with her. Hymns always brought the peaceful witness of the Spirit to so many discussions.

The hymn we chose that night was "Praise to the Man." As my companion and I sang her that hymn, I felt such a strong stirring within me and hoped that Mary was feeling it too. Little did I know, our hymn was having the opposite affect on her. She chose to focus on two of the lines in that hymn that really upset her.

She confused our beliefs about Joseph Smith as a prophet with our doctrine of following Jesus Christ as our Savior. No matter what we tried to do to help her understand, the conversation turned from uplifting to contentious and at the end of that discussion, Mary asked us not to return for any more visits. She didn't want anything else to do with us. It was a perplexing experience for me because I had always been taught to avoid anything that "offended the Spirit," but in the context of that discussion, a hymn had offended the Spirit away for Mary. In hindsight, I realized that the very same words of that hymn that uplifted and inspired me had offended her.

And so it is with other things in my life. Sometimes a song, or a book, or a movie can be incredibly uplifting and motivating to me. I cannot begin to describe how many times a movie has been a "course correction" for me and made me want to be a better husband, or better father, or better person.

When that happens, my first instinct is to want to share that movie with others. But then I remember that the very same content that helped me arrive at my moment of inspiration might actually take someone else to a totally different place based on their interpretation of that same content. What's interesting is that the content is the same for both of us. While I may be focusing on the moments of the story that uplift me, others may just be focusing on the things that frustrate or offend them.

I just want to be offended less and inspired more. I want greater tolerance and empathy and to have a measure of Christlike love for all mankind and every praiseworthy creative creation that I should "seek after." It makes me wish I did a better job at the 13th Article of Faith and that I tried to be inspired by the roses, instead of focusing on the thorns.

The last point I'll make is to say that when you have blanket views of anything being totally black or totally white, you miss all of the grey in between. And often you miss the why of the content being portrayed. I think it can be so healthy to witness negative behavior, as long as it is shown as negative behavior with negative consequences.

Linda and Richard Eyre put it best in their Deseret News article "Why We Hate Movie Ratings." They said, "The most dangerous thing to our kids is not immorality, but amorality. Immorality, when it is portrayed accurately, becomes a warning in itself, as in scripture and in good literature or storytelling or movies that depict the struggle of good and evil. Amorality, though, which is often disguised by comedy and implied commonality, can have a deeply destructive effect on our kids and on ourselves."

A blanket aversion to anything grey seems especially unfortunate because, to me, the greyest things in this whole world are people.

And that brings me back to my original argument about choosing to be offended. Are there people in your life that say or do offensive things but those particular people really don't offend you at all? In fact, aren't there some "offensive" people in your life that are actually quite endearing and inspiring to you, in spite of—or even because of—their colorful nature?

I think of a great man that recently died that meant a lot to me when I was growing up. He was my favorite Sunday school teacher, but he had no filter and would say and do the most outrageous things! People from all walks of life have the funniest stories about him and just how uplifting and colorful his life really was. The best thing about him is that I haven't met a single person that was actually offended by him in the least bit. In fact, everyone I know learned a great deal from him and loved him deeply. And if anyone chose not to be around him, I promise they were worse off for not knowing him—not the other way around.

I think there is a great personal benefit to choose to surround ourselves with uplifting content and uplifting people. I want to be inspired, to be challenged, to be educated, to be enlightened, to be motivated, to become a better human being. And choosing to get offended by something or someone that isn't trying to offend can get in the way of all of that.

Elder David A. Bednar said it best in his conference talk "And Nothing Shall Offend Them." He said: "To be offended is a choice we make; it is not a condition inflicted or imposed upon us by someone or something else."