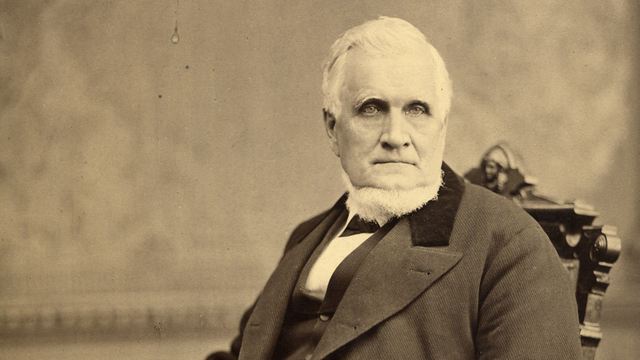 John Taylor's Unexpected, Amazing Reaction When Men Came to Tar and Feather Him

John Taylor was known as a staunch defender of truth throughout his life, but did you know that he was almost tarred and feathered for his beliefs?

According to an article from the January 2003 Ensign, on one occasion he was asked to speak at a gathering in Columbus, Ohio. Shortly before the meeting was scheduled to begin, some of the brethren discovered that there were plans to tar and feather President Taylor.

But instead of cancelling his speech, President Taylor stood up and delivered a powerful speech to the crowd.

“Gentlemen, I now stand among men whose fathers fought for and obtained one of the greatest blessings ever conferred upon the human family—the right to think, to speak, to write; the right to say who shall govern them, and the right to worship God according to the dictates of their own consciences—all of them sacred, human rights, and now guaranteed by the American Constitution. I see around me the sons of those noble sires, who, rather than bow to the behests of a tyrant, pledged their lives, fortunes and sacred honors to burst those fetters, enjoy freedom themselves, bequeath it to their posterity, or die in the attempt. . . .

“But, by the by, I have been informed that you purpose to tar and feather me, for my religious opinions. Is this the boon you have inherited from your fathers? Is this the blessing they purchased with their dearest hearts’ blood—this your liberty? If so, you now have a victim, and we will have an offering to the goddess of liberty. . . .

“Gentlemen come on with your tar and feathers, your victim is ready; and ye shades of the venerable patriots, gaze upon the deeds of your degenerate sons! Come on, gentlemen! Come on, I say, I am ready!” —Roberts, Life of John Taylor, 53–55.

After his speech the audience was silent, no one moved or spoke. President Taylor paused for several minutes before continuing to speak for nearly three hours without incident.

For more amazing stories like this check out  In Their Own Words by Mary Jane Woodger, available now at Deseret Book or deseretbook.com.