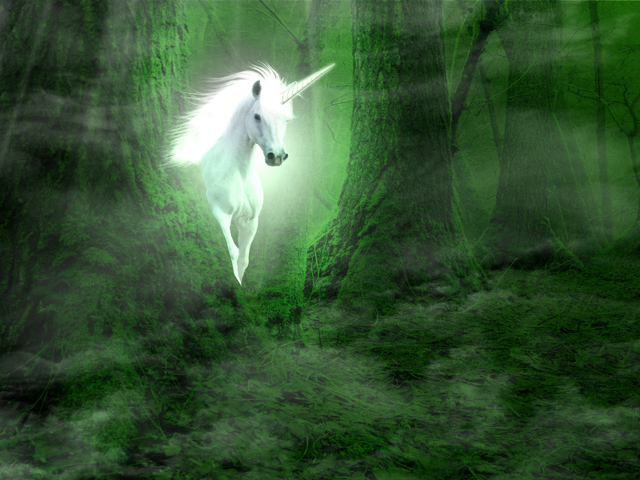 8 Times Unicorns Were Mentioned in the Bible

Students of the Old Testament are well aware that it contains passages which many in the world find fantastic. From Noah's Ark to Jonah and the whale, many stories and verses found in the sacred tome fly in the face of modern scientific discovery. Some of the faithful maintain a literal belief while others have come to view the text as largely symbolic—but all can agree that the ancient words have had an enormous impact on the world's history.

Some of the more unique verses in the Old Testament refer to unicorns. Of course, when shadowed by tales of escaping lions' dens, trumpeting down city walls, and splitting enormous bodies of water, it's easy to see how these passages could be overlooked. But here they are, taken straight from the King James Version of the Bible:

God brought them out of Egypt; he hath as it were the strength of an unicorn.

God brought him forth out of Egypt; he hath as it were the strength of an unicorn: he shall eat up the nations his enemies, and shall break their bones, and pierce them through with his arrows.

Will the unicorn be willing to serve thee, or abide by thy crib?

Canst thou bind the unicorn with his band in the furrow? or will he harrow the valleys after thee?

Wilt thou trust him, because his strength is great? or wilt thou leave thy labour to him?

Wilt thou believe him, that he will bring home thy seed, and gather it into thy barn?

But my horn shalt thou exalt like the horn of an unicorn: I shall be anointed with fresh oil.

And the unicorns shall come down with them, and the bullocks with the bulls; and their land shall be soaked with blood, and their dust made fat with fatness.

Unicorns are a mythical beast, no more real than dragons, which incidentally are also mentioned in the Bible (see Revelations). But what are we to make of this? With so many references to the creature, could the unicorn actually have existed?

Most experts say no, and they also say that the original manuscripts shouldn't lead us to believe they did. The source text for each of these references gives us the Hebrew "re'em," which the Jewish Encyclopedia describes as "a wild, untamable animal of great strength and agility, with mighty horns." If this sounds less like a unicorn and more like a rhinoceros, that's because many scholars believe these verses likely refer to the African mammal.

Other translations sometimes designate the re'em as a type of antelope, while still other scholars believe it refers to a one-horned ox. One group of fundamental creationists even proposed the somewhat unlikely theory that these verses referred to a Triceratops.

But there's still hope for anyone who really, really likes the idea of actual unicorns. Answers in Genesis, a non-profit Christian fundamentalist ministry that rejects the concept of evolution and scientific agings of the earth, acknowledges the possibility that the unicorn in question may, in fact, be some other beast—but they aren't so sure.

"Modern readers have trouble with the Bible’s unicorns because we forget that a single-horned feature is not uncommon on God’s menu for animal design (consider the rhinoceros and narwhal)," they explain, before asserting that "the absence of a unicorn in the modern world should not cause us to doubt its past existence." After all, they say, the extinction of the dodo bird doesn't mean it never existed. They also note that "eighteenth-century reports from southern Africa described rock drawings and eyewitness accounts of fierce, single-horned, equine-like animals."

So there you have it. Sadly, most scholars agree that the unicorns in question probably weren't real unicorns, but another, more familiar animal. After all, no scientific finding or archeological discovery to date has substantiated the existence of such a creature. But an absence of evidence is not evidence of absence, so for many out there, the hope of the unicorn can still remain.