This past year has been full of both miracles and heartbreak for Latter-day Saints. And yet through the ups and downs, Church members have held resiliently to their faith and found support in their Savior, Jesus Christ. Here are the top 10 stories about Church members LDS Living has published in 2019. Take a moment to look through some of them and find yourself inspired and motivated to have a little more faith in 2020.

1. "Why 3 Amish Families Risked Everything to Join the Church" 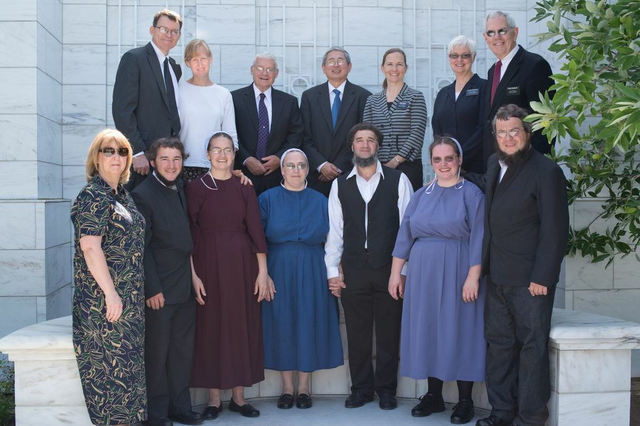 Raymond Weaver was the son of an Amish bishop and had never considered investigating another church when his friend Harry Proudfoot gave him a Book of Mormon. Six weeks later, Weaver had read the entire Book of Mormon and most of the Doctrine and Covenants and was convinced that The Church of Jesus Christ was the Lord’s church. Converting to the gospel would jeopardize his family relationships and his entire way of life, but he couldn’t deny how he felt. Here’s how he and his wife, Laura Weaver, accepted the gospel and shared it with two additional families in their Amish community.

2. "Pregnant and Widowed at 21: A Latter-day Saint Woman's Story" 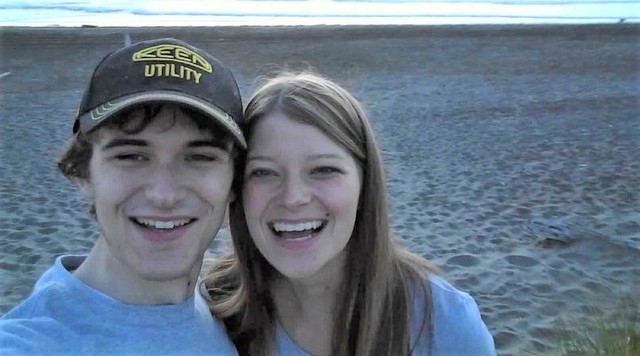 Just before Kyra turned 21, she and her husband, Jacob, had bought their first home and discovered they had a baby on the way when on January 11, 2018, her husband didn’t wake up. Kyra immediately performed CPR on her husband, but at the hospital, it was determined that Jacob had suffered a massive silent seizure in the night. The doctor announced Jacob’s death and Kyra was convinced that her life was over. But through consistent ministering, becoming a mother, and relying on Heavenly Father, she realized she wasn’t alone. 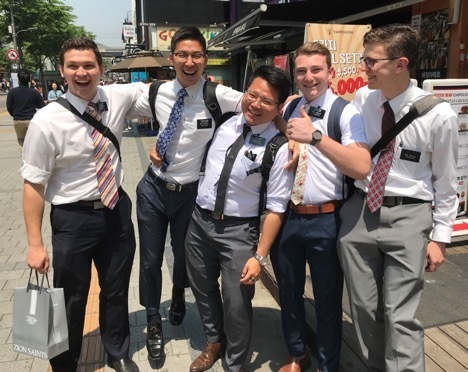 Elder Euiyoung Beck, a native South Korean missionary serving in the Korea Seoul Mission, passed out on April 8, 2019, for 20 minutes. As a result, Beck lost all of his memory from 2015 to that moment. Among the many complications that came with memory loss was that Beck had joined the Church in 2016, and now he had no recollection of his testimony. Still, he returned to his mission without any memories of those he had been serving with. 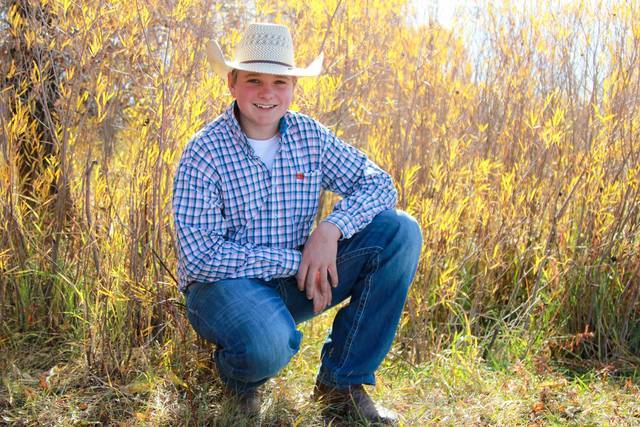 Just 13 days before he was to enter the Missionary Training Center prior to serving in New York, Kyle Dory learned he had a terminal cancer diagnosis. Two years earlier, he thought his cancer had been eradicated. But Dory still had an opportunity to serve a mission—it just wasn’t what he originally had planned. Dory was able to fly out to New York and serve in a trio companionship. And then six months after his initial diagnosis, Dory received the news that he considers a miracle.

5. "What a Stranger’s Prayer in an Emergency Room Taught One Latter-day Saint Dad About Miracles" 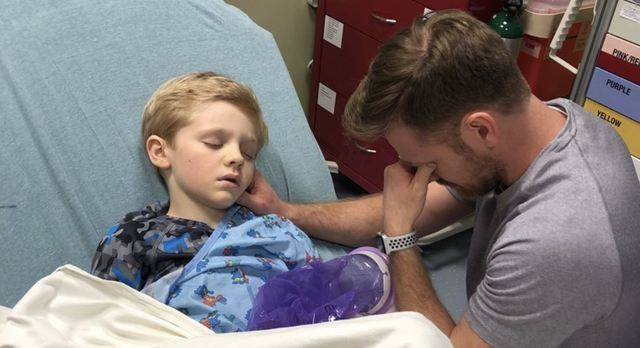 Nate Checketts was at work when his 7-year-old son, Will, hit his head on a piece of furniture while playing with his younger brother. His wife called to tell him of the incident and when Will’s pain did not go away and his condition worsened, Nate told his wife to take their son to the hospital and he would meet her there. Due to some complications in leaving the house, Nate met his wife and they drove to the hospital together. On the way, he administered a priesthood blessing on his son and said how this experience “will be a defining point in your life, a witness of God’s love and a source of strength and faith for those who hear it.”

When Nate and his wife finally made it to the hospital, they learned Will had a skull fracture. His brain was bleeding and he needed emergency neurosurgery. Nate gave his son another blessing with his brother-in-law, which stated that Will would make a full recovery.

Later, Nate and his wife were praying for their son’s recovery when a man who appeared seemingly out of nowhere asked if they were praying and if he could join them. It was the most powerful prayer he had ever heard that was specific in asking to keep their son alive—but Nate hadn’t told the man how any of the details about the situation or how serious it was.

6. "A Latter-day Saint Love Story: How a Widow and Widower Built a Family of 13" 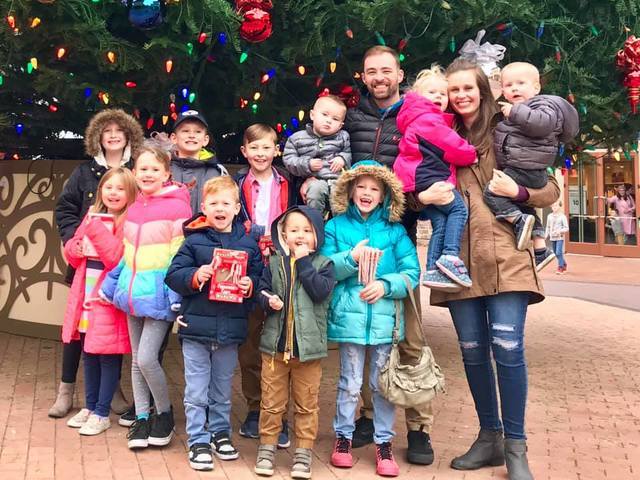 Latter-day Saints Erica and Spencer had similar stories. Erica’s husband died after less than a decade of marriage due to cancer, and Spencer’s wife died instantly in a car accident. At age 31, both were left behind with children. The two met one month after their respective spouse's deaths in a grieving single parents online support group. Although Spencer had been living in Virginia at the time, he felt prompted to move out west. He and Erica became friends and were married two months after their first official date, instantly growing their family to a combined 11 children.

7. "Meet the 11-Year-Old Latter-day Saint Starring in the Fast and Furious Spinoff with 'The Rock'" 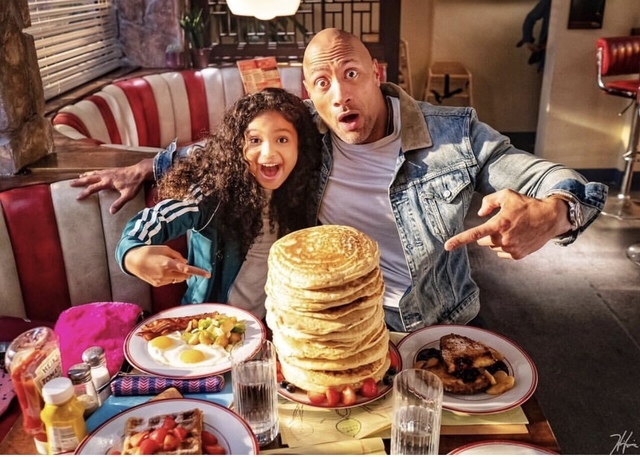 As Eliana Su’a was starring in her first major motion picture as Sam on the set of Fast & Furious Presents: Hobbs & Shaw, she had a surprise encounter with the daughters of Ryan Reynolds and Blake Lively. The Hollywood couples' daughters thought Su’a looked like Moana and were following her around set, chanting the Disney princess's name. Shortly afterward, Dwayne “The Rock” Johnson—who plays the part of Sam’s father—was recognized on set as Maui and began singing for them. Learn more about Sua’s starring role and what she loves most about acting.

8. "Missionary Hit by Car Takes Miraculous First Steps After a Year of Using 'Christ as Her Crutch'" 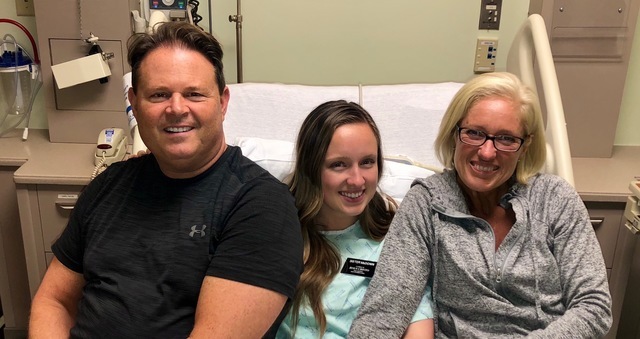 After serving in the Brazil Curitiba Mission for six months, Monique McDown was hit on the side of the road by a car. When doctors didn’t find any broken bones, McDown attempted to stay on her mission. But over the days that followed, her right leg became paralyzed. McDown eventually had to return home but continued to stay optimistic and place her faith in Jesus Christ. One year after the accident, McDown miraculously started to regain feeling in her leg.

A video of toddler Baylor Mooney went viral after she exhibited "pure joy" in a dance number to Beyonce's "Crazy in Love" while holding a corn dog. CNN, Time, Fox, MSN, POPSUGAR, and Daily Mail were all talking about the video, which served as a reminder to be happy and to live in the moment.

"In a world where it’s so easy to find negativity, chaos, and contention, my husband and I, through our faith in Jesus Christ, try to teach our children to be a light in the world," said Baylor’s mother, Brooke Mooney. "A phrase we are always saying in our home is 'kindness always.' It is so important to us to teach our children that showing everyone a little kindness never goes unnoticed. The world needs more kindness and love."

10. "Becoming the Miracle: How a Mission President Paralyzed While Serving Still Shares His Faith" 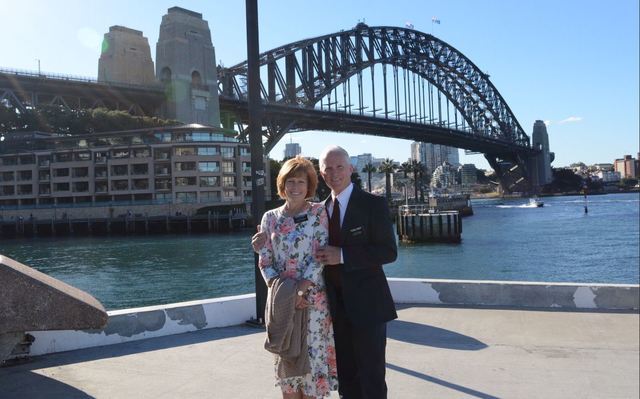 President Daniel Bingham had been injured in a freak cycling accident while serving as a mission president in Australia. After suffering a broken C2 vertebra, he wasn't able to speak, but it was miraculous that he had even survived. His hospital stay lasted for a total of 82 days, and over time he was able to regain some movement in parts of his body. Although he will have limited movement for the rest of his life, he hasn't worried about why he's had this trial.

“I don’t think I’ve had a day that I haven’t had a struggle with wondering why, but at the same time, I haven’t worried about getting an answer for why,” President Bingham says. “We are placed here on this earth to grow and learn and to get through the struggle of mortality, and there’s not a one of us who won’t have some type of struggle.”