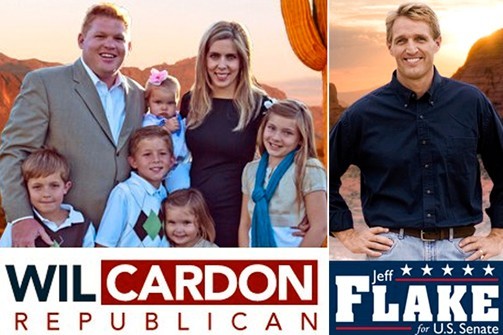 That’s because the only two candidates currently in the nomination race come from the same, relatively small Mormon “ward” in north Mesa—a congregation now anxiously divided by a campaign that pits two longtime friends and neighbors against each other.

At first glance, the race may look like a standard battle in the so-called “Republican Civil War” being waged across the country. In one camp, there’s Rep. Jeff Flake, a five-term congressman and rising star in the GOP establishment with a moderate record on immigration (the state’s hottest issue). In the other there’s Wil Cardon, a wealthy businessman with Tea Party ties who’s running as an outsider and pledging to “change Washington.”