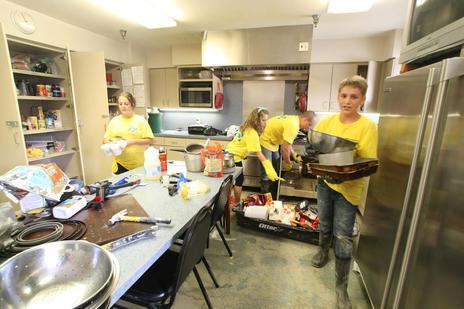 While the Baton Rouge Louisiana Temple has escaped the flooding unharmed, many in Louisiana have lost their homes, and a few even their lives. But hundreds of members and missionaries are working to help those in need even as more volunteers are arriving.

Church-sponsored relief efforts are continuing in communities here still reeling from what is being called the “Great Flood of 2016.”

Several days of historic rainfall in mid-August overwhelmed rivers, caused widespread flooding and damaged or ruined more than 60,000 homes in Louisiana. Hundreds of Latter-day Saint families are counted among the legions affected by the flooding. Some 450 member homes were inundated and suffered various levels of damage.