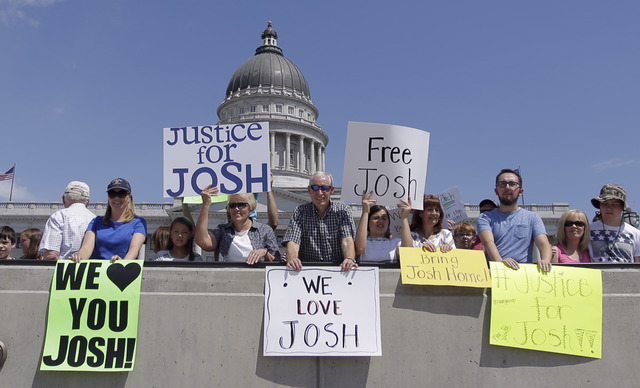 Returned missionary Josh Holt has been held in a Venezuelan jail for nearly two years while his health steadily deteriorates. The 7-year-old daughter of Holt's wife, who he married shortly before being arrested in June 2016, recently made her way to Utah in February of this year, where she is staying with Holt's family. Both Joshua Holt and his wife, Thamara Candelo, are jailed and fighting for their freedom.

A powerful U.S. senator traveled to Venezuela on Wednesday as pressure mounted on President Nicolas Maduro to hand over a Utah man jailed in the turbulent South American country for nearly two years.

Sen. Dick Durbin of Illinois was to meet with members of the government and opposition, a spokesman for his office said. He didn't provide further details.

The Senate's No. 2 Democrat is also expected to meet with Maduro to discuss the imprisonment of Joshua Holt, a Riverton man who is being held in a Caracas prison along with several top government opponents awaiting a trial on what the U.S. has called trumped-up weapons charges.