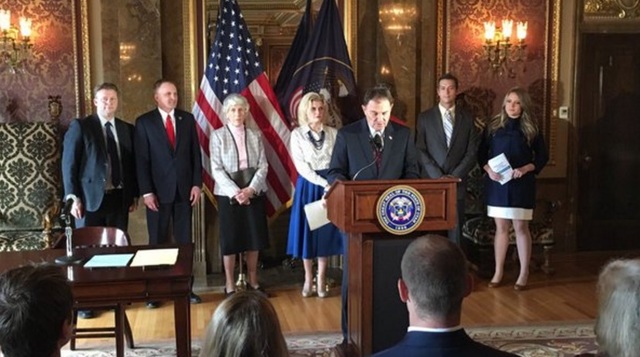 Thanks to the work of an LDS senator, who has been getting national attention for his resolution, Utah became the first state to declare pornography a public health crisis.

Utah became the first state in the country to declare pornography a public health crisis, and called on the industry and businesses Tuesday to help keep "evil, degrading, addictive" materials away from children.

"We realize this is a bold assertion," the governor said, acknowledging some would disagree that it has become a health crisis. "It is, in fact, the full-fledged truth."

Mormon Life Pornography PoliticsPornography,Politics,Mormon Life
Comments and feedback can be sent to feedback@ldsliving.com