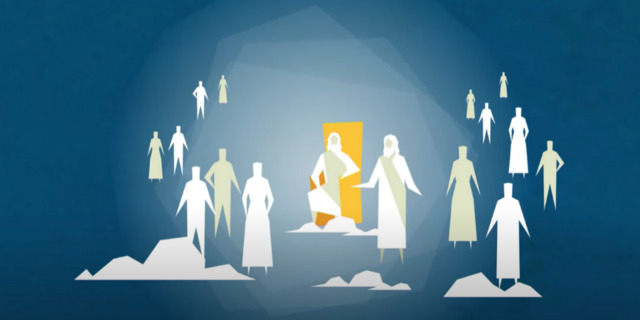 Watch: 4 Things You May Not Have Known about the Book of Abraham

Latter-day Saints learn about the ancient prophet Abraham in two places—the Old Testament Genesis account in the King James Version of the Bible, and the Pearl of Great Price account found in the Book of Abraham. But how did the Book of Abraham come to be and what does it teach us?

The book, first published in 1842 and then canonized as scripture in 1880, is the subject of the latest “Now You Know” video from The Church of Jesus Christ of Latter-day Saints. Watch the video or read a summary of the points below.

1. Where did the Book of Abraham come from?

The video explains how the Book of Abraham came to be. Following Napoleon’s invasion of Egypt, many people removed Egyptian artifacts from the area, including mummies and papyrus scrolls. People in the western world were intrigued by the ancient Egyptians, including the Prophet Joseph Smith. Michael Chandler, who had an exhibit of Egyptian artifacts on tour in America, stopped in Kirtland, Ohio in 1835, according to ChurchofJesusChrist.org.

“Joseph was extremely interested in ancient languages and cultures, so he was eager to see Chandler’s exhibit,” according to the video. “Some friends of Joseph’s bought the exhibit from Chandler and gave the artifacts to Joseph. As he examined Chandler’s scrolls, Joseph said they contained writings of the Old Testament prophet Abraham and Joseph translated them by the gift and power of God.”

2. What do we learn in the Book of Abraham?

The video details teachings found in Genesis like Abraham's covenant and his journey into Egypt. It also discusses how some of truths taught in the Book of Abraham aren't found in the Old Testament, “such as a vision that Abraham had about our premortal existence, when we lived with God as spirits, as well as additional information about the creation of the earth.”

3. What happened to the papyrus scrolls?

Following the Prophet’s death in 1844, the papyrus scrolls were sold to various parties. Most of them ended up in a museum in Chicago. When the Great Chicago Fire happened in 1871, historians believe many of the papyri were destroyed.

In the 1960s, 10 fragments of the scrolls were found in the archives of the Metropolitan Museum of Art in New York City and were transferred back to the Church. One of the fragments contains a partial copy of Facsimile 1 and is currently on display in Salt Lake City.

Some of the other fragments were studied by Egyptologists, who determined the text doesn’t directly relate to the Book of Abraham but that they contain ancient Egyptian funerary texts.

4. Why does the text from the surviving papyri not match the Book of Abraham?