Watch: Piano Guys' Jon Schmidt Shares How He Found "Elements of Joy" in His Life 1 Year After Annie's Death

"I have to say, one of the most surprising things about last year was that there were elements of joy," Piano Guys' Jon Schmidt says in a video on Facebook. "You would never guess that when you go through hard times."

And this past year has been particularly difficult for Schmidt's family.

Now, more than a year after her passing, Schmidt and The Piano Guys share "Ode to Joy to the World," their new music video.

"So many of you guys were out there praying for us," Jon says. "And one of the ways we felt the strength of your prayers was in a lot of inspiration for the Christmas video. . . . Every time I hear this track, I'm just so thankful."

The Piano Guys also expressed their thanks for the thoughts and prayers of others, especially after the heartbreaking passing of Schmidt's daughter.

"We know we’re not alone when it comes to feeling alone. Or depressed. Or hopeless," The Piano Guys posted on their YouTube page. "You have had these moments too. It’s something we all have in common, no matter who we are or where we’re from. You’ve felt like giving up. We did too. But mingled with this feeling was something we didn’t expect. And as we gave place for it, nurtured it, and expressed gratitude for it, we felt this feeling grow. 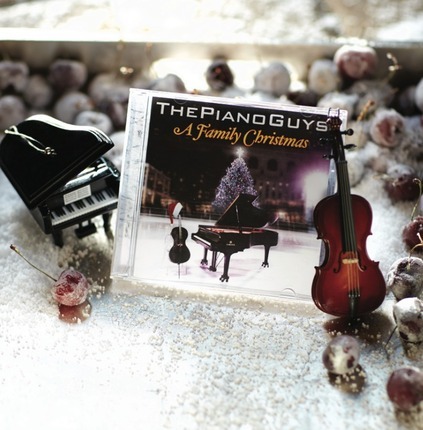 ily Christmas features The Piano Guys unique twist on Christmas classics such as "Let It Snow", "Winter Wonderland" and "Silent Night" as well as two original compositions from Jon Schmidt and Steven Sharp Nelson. And, for the first time since their breakthrough video of "What Makes You Beautiful" all four of The Piano Guys perform together for a remarkable version of "Angels We Have Heard on High".

This deluxe edition comes in a gift box with 2 BONUS SONGS, PLUS a piano or cello ornament.