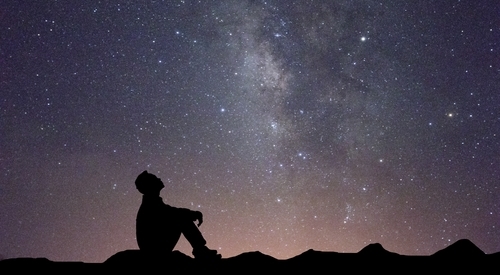 Were We Foreordained in Our Premortal Life? A Look into How God's Time and Calls Work

Everyone who believes in God at all believes that He knows what you and I are going to do tomorrow. But if He knows I am going to do so-and-so, how can I be free to do otherwise?

The Apostle Paul also taught that premortal elections and appointments were made according to God's foreknowledge:

►Related Article: 9 Things You Have Forgotten About Your Premortal Life

To the Ephesian Saints, who understood the doctrine of premortal foreordinations, Paul wrote:

"According as he hath chosen us in him before the foundation of the world, that we should be holy and without blame before him in love: Having predestinated us unto the adoption of children by Jesus Christ to himself, according to the good pleasure of his will" (Ephesians 1:4-5).

Without an understanding of the premortal world and the doctrine of foreordination through latter-day revelation, some may understandably interpret predestinate and God's foreknowledge to mean that there is absolute determinism in all things. One theologian who came to this conclusion was John Calvin.

Calvin taught that God determined in advance, according to his omniscience, who would be saved and who would be damned. Such predestination, according to Calvin, was not due to acts of individual agency or righteousness but solely due to God's foreknowledge. Elder Bruce R. McConkie characterized this doctrine as a "sectarian substitute for the true doctrine of foreordination."

It is true that the words predestinate and predestinated are found in the King James translation of some of Paul's writings, but Biblical revisions use the words foreordain and foreordained, which more accurately convey Paul's views. However, even as the King James Version renders the passages, there is no intimation of any compulsion or denial of free agency, for one of the dictionary definitions of foreordination is predestination, meaning the prior appointment (in pre-existence) of particular persons to perform designated labors or gain particular rewards. 2

►You May Also Like: What We Know About the Preexistence from the Book of Abraham

The difficulty comes from thinking that God is progressing along the Time-line like us: the only difference being that He can see ahead and we cannot. Well, if that were true, if God foresaw our acts, it would be very hard to understand how we could be free not to do them.

You never suppose that your actions at this moment were any less free because God knows what you are doing. Well, He knows your tomorrow's actions in just the same way—because He is already in tomorrow and can simply watch you. In a sense, He does not know your action tilt you have done it: but then the moment at which you have done it is already "Now" for Him. 3

While the theological debate continues in some religious circles, modern prophets have consistently taught the true relationship between foreknowledge and agency. President Brigham Young said:

“I will here say that it is a mistaken idea, as entertained by the Calvinists, that God has decreed all things whatsoever that come to pass, for the volition of the creature is as free as air. You may inquire whether we believe in foreordination; we do, as strongly as any people in the world.

"We believe that Jesus was foreordained before the foundations of the world were built, and his mission was appointed him in eternity to be the Savior of the world, yet when he came in the flesh he was left free to choose or refuse to obey his Father. Had he refused to obey his Father, he would have become a son of perdition.

"We also are free to choose or refuse the principles of eternal life. God has decreed and foreordained many things that have come to pass, and he will continue to do so; but when he decrees great blessings upon a nation or upon an individual they are decreed upon certain conditions.” 4

Elder Neal A. Maxwell used the symbol of a university as an analogy to teach this difficult concept. He explained that universities can often predict with unusual levels of accuracy the future collegiate grades of an incoming freshman student. These predictions are based on certain empirical tests and careful observation of the student's past performance. Although the university may be able to predict a student's eventual output, this prediction does not compel that student or interfere with his actual academic behavior.

►You May Also Like: What It Feels Like When a Spirit Leaves Its Body + Other Insights on Death and the Spirit World

Elder Maxwell summarized the relationship between foreknowledge and foreordination this way:

“God, the Father, who knows us perfectly, surely can foresee how we will respond to various challenges. While we often do not rise to our opportunities, God is neither pleased nor surprised. But we cannot say to Him later on that we could have achieved if we had just been given the chance! This is all part of the justice of God.

“...When we mortals try to comprehend, rather than merely accept, foreordination, the result is one in which finite minds futilely try to comprehend omniscience. A full understanding is impossible; we simply have to trust in what the Lord has told us, knowing enough, however, to realize that we are not dealing with guarantees from God but extra opportunities—and heavier responsibilities. If those responsibilities are in some ways linked to past performance or to past capabilities, it should not surprise us.

“...It should not disconcert us, therefore, that the Lord has indicated that he chose some individuals before they came here to carry out certain assignments and, hence, these individuals have been foreordained....

“Foreordination is like any other blessing-it is a conditional bestowal subject to our faithfulness. Prophecies foreshadow events without determining the outcomes, because of a divine foreseeing of outcomes. So foreordination is a conditional bestowal of a role, a responsibility, or a blessing which, likewise, foresees but does not fix the outcome.” 5 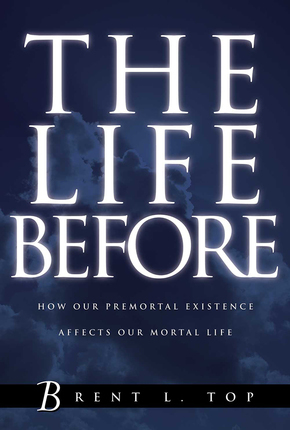 Learn more about the doctrine of foreordination and other insights into the premortal life in Brent L. Top's book, The Life Before, available at Deseret Book stores and deseretbook.com.

The Life Before first delves into such fascinating topics as our spiritual origins and capacities, premortal organization and harmony, agency, opposition, foreordination, the eternal nature of the priesthood, and the war in heaven—all elements that are “timeless.” The author's focus then shifts to a discussion of “time”—our earthly existence—and the reader learns what the “here and now” has to do with everything that happened “then.”