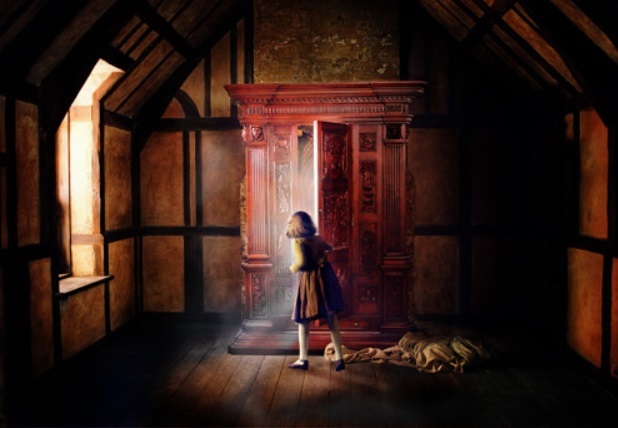 What C.S. Lewis Can Help Us Understand About Jesus Christ and Joseph Smith

In C.S. Lewis’ 1950 novel The Lion, the Witch and the Wardrobe — the first of his seven-volume Chronicles of Narnia — four children are sent to live in the country home of an elderly professor during the 1940-41 German bombing campaign known as the “London Blitz.”

While exploring his old house, the youngest of the children, Lucy, enters the parallel world of Narnia through a magic wardrobe. Afterward, though, her siblings don’t believe her fantastic account. Later, when her brother Edmund follows her on a second Narnian visit, she is happy that he will now confirm her story. However, for shameful reasons — read the book! — Edmund says that Narnia is mere make-believe.

Concerned at Lucy’s passionate insistence on her odd claim, the two oldest children seek advice from the professor, who astounds them:

“How do you know,” he asks Peter and Susan, “that your sister’s story isn’t true?”

They remind him of Edmund’s declaration that he and Lucy had only been “pretending.”

The professor concedes their point. But then he poses an important question: “Does your experience lead you to regard your brother or your sister as the more reliable? I mean, which is the more truthful?”

The older children answer that, until her recent tale about entering another reality called “Narnia” via a magic wardrobe, they would surely have considered Lucy more honest than Edmund. But, they repeat, her story simply cannot possibly be true.

The two older children then admit their fear that Lucy might not merely have been lying about her experiences with Narnia. Maybe, in fact, their little sister is insane.

The professor rejects this option: “One has only to look at her and talk to her to see that she is not mad.”

Famously, Lewis used a variation of this argument in his 1952 book Mere Christianity. Here, though, it focused not on the experiences of the fictional Lucy Pevensie but on what he called “the really foolish thing that people often say” about Jesus of Nazareth, namely: “I’m ready to accept Jesus as a great moral teacher, but I don’t accept his claim to be God.”

“That,” declares Lewis, “is the one thing we must not say. A man who was merely a man and said the sort of things Jesus said would not be a great moral teacher. He would either be a lunatic — on the level with the man who says he is a poached egg — or else he would be the Devil of Hell. You must make your choice. Either this man was, and is, the Son of God, or else a madman or something worse. You can shut him up for a fool, you can spit at him and kill him as a demon or you can fall at his feet and call him Lord and God, but let us not come with any patronising nonsense about his being a great human teacher. He has not left that open to us. He did not intend to. … Now it seems to me obvious that He was neither a lunatic nor a fiend: and consequently, however strange or terrifying or unlikely it may seem, I have to accept the view that He was and is God.”

Lewis’s trilemma is reminiscent of Sherlock Holmes’ explanation in Sir Arthur Conan Doyle’s 1890 story “The Sign of the Four”: “When you have eliminated the impossible,” said Holmes, “whatever remains, however improbable, must be the truth.”

However, Lewis’ trilemma fails to consider the possibility that the New Testament writers may misrepresent Jesus. Perhaps he himself never claimed to be divine. (I’ll address this option in a future column or two.)

But the claims of Joseph Smith — like the corroborating claims of the Three Witnesses, the Eight Witnesses and a significant number of others — are neither ancient, fragmentary nor ambiguous. Plainly, therefore, Lewis’ trilemma can be properly applied to them.