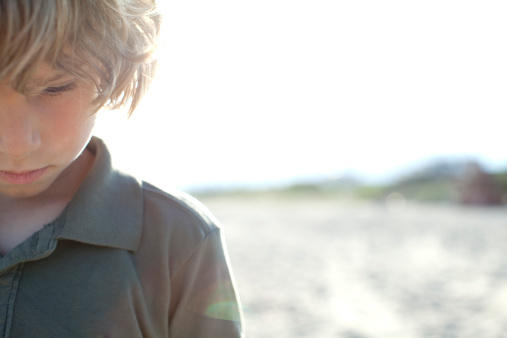 Years ago, before the Church instituted the three-hour block schedule for our Sunday meetings, we used to go to the chapel for meetings three times every Sunday—once in the morning for priesthood meeting, a second time for Sunday School opening exercises and classes, and finally a third time for a ninety-minute sacrament meeting. When I was a very young man, our ward’s Sunday School superintendent, Brother Marchant, came to our class one Sunday to ask for volunteers who would be willing to give the prayer, the 2½-minute talks, and the sacrament gem (a verse of scripture shared before the sacrament was passed) in the following week’s Sunday School opening exercises. My strategy was to quickly volunteer to say either the prayer or the sacrament gem. I was motivated by the desire to avoid having to give a talk at all costs! Unfortunately for me, I wasn’t the only person in the class with that strategy, and I missed out on my first choice, the prayer. I was quick enough, however, to score the sacrament gem assignment. Given the other alternative, I felt lucky.

That week I memorized my scripture, and I arrived early the following Sunday to sit on the stand. As the meeting got under way, however, I realized that I didn’t know for sure at what point in the meeting I was to stand up and recite my scripture. I asked the young man who had been assigned the talk if he knew, but he was as unsure as I was. I began to search my memory in panic. My memories of all the Sundays I had witnessed immediately cured into a single mass of impenetrable concrete. I had no idea when my turn was.

Unfortunately, I guessed wrong. I had made it through nearly all of my scripture when I felt Brother Marchant’s huge hand on my shoulder. Stretching himself to his full height just to my left, he said to the congregation, “I’d like to thank Jimmy for his outstanding preparation and enthusiasm.” Then he turned to me and whispered, “You don’t go until after the talks.”

I was mortified. I caught a glance of my mother as I turned to take my seat, and I could tell that she was embarrassed for me as well, which made me feel even lower.

I tried to calm myself when I sat back down. Although my cheeks and ears burned with embarrassment, I was slowly gathering my composure when a new thought sent me tumbling into panic once more. Brother Marchant said I was to give my scripture after the talks, but he didn’t say WHEN after them! Now I was really worried. I tried to get Brother Marchant’s attention without being too obvious, but he didn’t notice me. I didn’t know what to do.

So I guessed again.

Right after the last talk, I rose again and started to recite my scripture. I knew something was wrong when I glanced down at our organist, Sister Hubbert, whose pained look signaled that I would soon be feeling Brother Marchant’s hand again.

This time he just tugged on my pocket. “I will nod at you when you are to go,” he whispered. I staggered back to my seat like a drunkard. I’m not being literary here. I really did fake a drunkard’s walk, which of course made me feel even more stupid when the ridiculousness of that act hit me. I made sure that I didn’t glance over at my mother.

I am probably the only person in the history of the Church who has offered the sacrament gem three times in a single meeting. At that moment, and at my age, the thought crushed me. I ran from the building the moment the meeting ended. I exited from the side door of the chapel and escaped into the ignorant and nonjudgmental outdoors. I sprinted home. I wouldn’t be going to class, and there was no way I was going back to sacrament meeting. In fact, I remember vowing that I would never go to church again.

Since I was so down in that moment, you might think that I darted from the church a humble soul. That wouldn’t be the truth, however. Feeling humiliated is a world apart from feeling humble. Humiliation is what one feels when one’s pride has been injured. Whenever we are feeling down about feeling down, we have become consumed with ourselves every bit as much as those who are feeling up about feeling up.

When we are burdened by feelings of inadequacy, we are failing to understand two freeing truths. The first is that we are not yet grasping that, with respect to the law, every person is both equally separated from God and equally “rescuable” by him. Downtrodden pride doesn’t believe that. When suffering from this kind of pride, we believe, instead, that we are guiltier or more broken than others—in some cases, even irretrievably so. We know that we’ve been commanded to love, for example, but we are keenly and painfully aware of how often our hearts are raging, even when we are outwardly doing good. And we feel terrible about this. We feel guilty, but we are not humble, despite appearances. We are mad at ourselves that we are not as good as we want to be—as we believe we need to be.

The second great truth we are missing is that we do not yet understand and have faith in the Lord’s mission to redeem us. Although we might understand the point in our minds, our hearts do not yet believe that this redemption does not depend on our perfection. It is well that we are taking the Lord’s commandments seriously, but we are at the same time taking ourselves too seriously and him not seriously enough. We are in the middle of a misunderstanding that Paul was trying to rectify in his readers when he explained that we are justified not by our deeds but by faith—that is, by Christ. 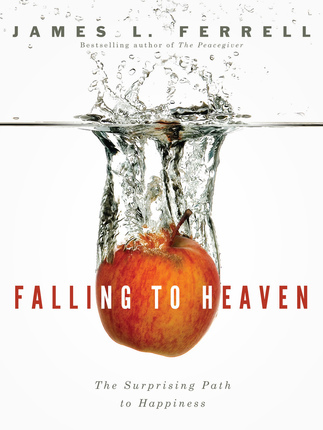 As incredible as it may sound, much of the sadness and frustration we feel in mortality is actually created by our well-meaning efforts to find happiness. Relief from this predicament can be found through a divine gospel paradox that rescues us from failed roads and puts us on the surprising path to happiness.

Through engaging stories and fresh, invigorating gospel insights, James Ferrell has written a book that challenges our unquestioned and perhaps mistaken assumptions about many of life's fundamental concerns. For example, what if happiness depends less on forgiving ourselves than on giving up that quest? What if repentance is even sweeter than forgiveness? What if neither happiness nor heaven can be reached by climbing?