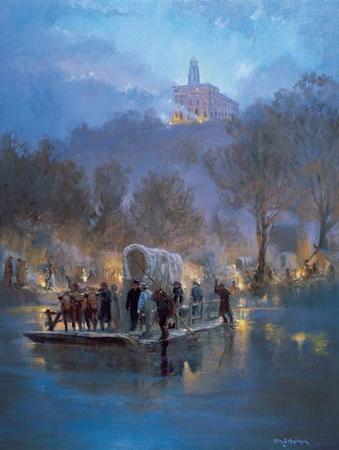 What Happened to Nauvoo After the Saints Left?

When the Mormons were forced to leave Nauvoo, Illinois, an exodus that began in February 1846, their leaders were faced with the massive task of transporting and settling thousands of essentially destitute people in the West. They were in desperate need of resources.

Among other measures, they attempted to lease their abandoned and still-uncompleted temple to the Catholics or to any other group that could supply badly needed money. Unsuccessful, they tried to sell it, seeking as much as $200,000. In March 1848, they finally did sell it — to a private member of the LDS Church, David Allred, for $5,000. However, near midnight on Oct. 8 of that year, an arsonist’s fire gutted the building. So, on April 2, 1849, Allred sold what was left to a Frenchman by the name of Etienne Cabet for $2,000.

Who was Cabet, and what did he want with the ruined temple?