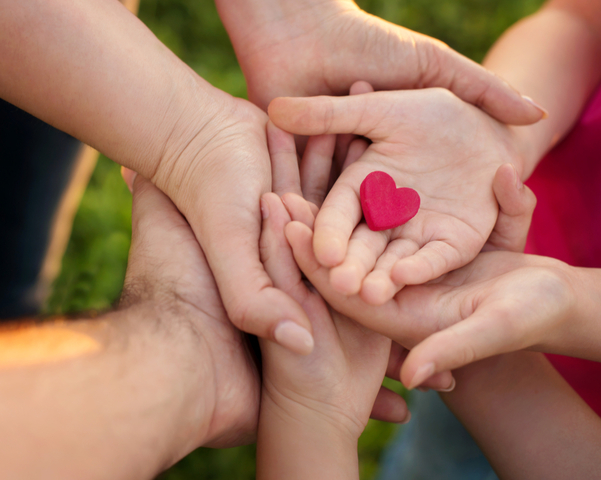 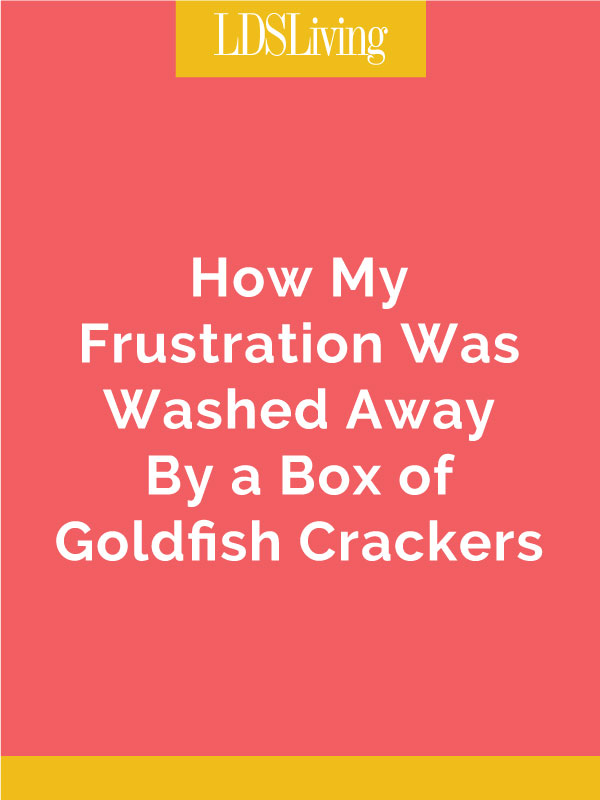 The details are not important, but I was treated so rudely by a potential business partner that I was left in shock. I had never had someone be so inconsiderate to me before.

But since I only allow myself 10 hours a year to feel frustrated, and it was only March at the time, I didn’t want to waste my frustration too early.

I tried to blow off some steam.

I went for a run in the desert, but it didn’t help.

I called my mother and it just got me more worked up.

I went to the temple, but didn’t have the right attitude.

As I was sitting in my kitchen looking for something to make me happy (realizing that I had already eaten up half of my year’s frustration time, which only made me more frustrated), I started eating some Goldfish. I started to think about how I loved Goldfish and that they are, indeed, “so delicious.” Then, I remembered hearing a sentiment described in the book Flourish, where Martin Seligman recommends all readers try an experiment: “Find one wholly unexpected kind thing to do tomorrow and just do it. Notice what happens to your mood.”

So I did just that.

I called the 1-800 number on the Goldfish box and told the lady who answered that I had a comment I wanted to make. I could feel her eyes squinting on the other end of the phone, ready for a deluge of disapproval.

“I just want to say thank you for such a great product. I seriously love your Goldfish!”

“Yeah,” I responded. I hadn’t really thought through what else I would say past that point.

“Well,” the woman answered much more cheerfully, “what is your address and I’ll send you some coupons to get a free box of Goldfish!”

And while of course I was excited for free Goldfish, I honest to goodness felt so, so, so much better after saying something nice in an unexpected way.

Truly, when we do something nice with no thought of reward, we can improve our hearts. And, because God is so giving and so good, we’ll often find we still receive blessings in turn—like free Goldfish.

So find someone you appreciate and do something nice, just because. Do something nice for a stranger, just to make their day a little better. Try something new with your family and surprise them with service. When you take time to focus on others, you forget about the frustrations you have and find more joy. President Monson has said: ““No one has learned the meaning of living until he has surrendered his ego to the service of his fellow man. Service to others is akin to duty, the fulfillment of which brings true joy.”

So no matter who you are or what your situation, do one “wholly unexpected kind thing” today for someone, and good things will come back to you—it’s the Goldfish Rule.

Check out the following resources if you need some ideas to get you started!

Zack Oates is an entrepreneur, hot tubber and blogger (but not in that order, necessarily). He lived in Ukraine for two years serving an LDS mission and started a nonprofit in 2008 called Courage to Hope, which works with victims of domestic violence in Ukraine. He has traveled to six different continents in six months this year, and yes, he is still looking for a wife. Check out his blog, bowlofoates.com.

Makes You Think Kindness Service Love CharityKindness,Service,Love,Charity,Makes You Think
Comments and feedback can be sent to feedback@ldsliving.com