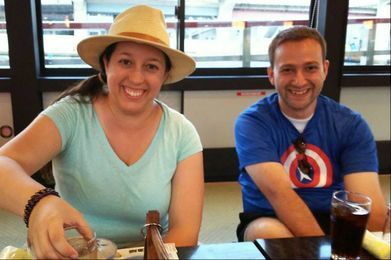 What I Would Have Missed, If I Had Died: an LDS Woman's Story of Hope After Attempting Suicide 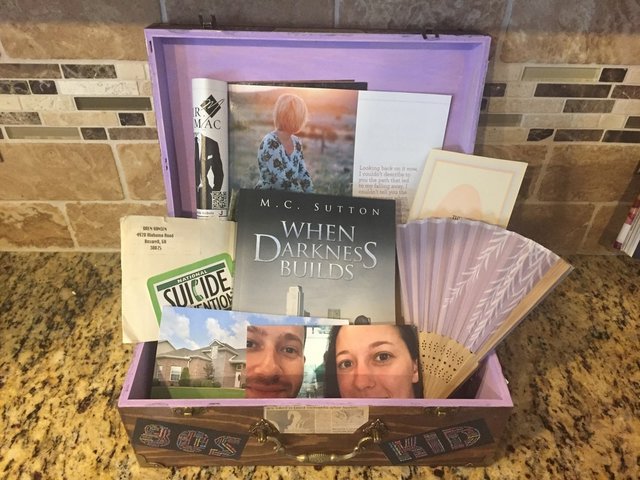 I am so much more.

For our sociology class this semester, we were asked to put together a box which we would call our “culture chest”—a representation of all the elements of our backgrounds and our preferences that we think define us. In the box pictured above, you will find a cumulation of what makes me, me. Ironically enough, most of the items contained within—meant to relate the story of my 33 years—actually represent events which have happened only in the last few of them, beginning with one defining moment.

The day I almost died. 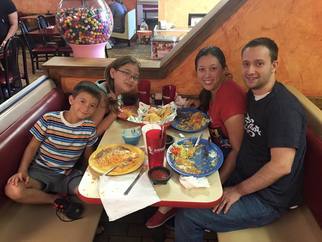 sudden onset of panic as the entire handful of them slid down my throat. I couldn’t tell you the sensation of losing control of every muscle in my body, or what my husband said to me as I began to lose consciousness. Ultimately, I couldn’t tell you more than a small fraction of events that happened in the next few hours, or next few days, after being wheeled into the emergency room. But the one thing I do remember is a single line playing over and over again in my head: “They’re all better off without you.”

There are only two items inside this box that represent the struggle that was my life before that moment. First, is an envelope from a two-page letter I received when I was only 14. It is at that age of my faith—the faith which my family has been a part of since it began—that a member receives what is called a patriarchal blessing. Designed to be a guide for the person receiving it, a patriarchal blessing is the only blessing within the Church that is recorded. It is a special message imparted on the receiver by one whose sole purpose within the Church is to relay such blessings. Within not much more than a few pages, it outlines, in vague detail, guidance on just what it is that that person is meant to do within their time on earth. It can contain information on everything from path to purpose, and for me, one line has stood out as an influence in nearly every decision I have ever made since that moment. “He has a great work for you to do while on the earth.”

The other of those two items is where the rub is. “The Family: A Proclamation to the World,” written and issued by the leaders of the Church in 1995, outlines the purpose of the family and the roles each individual plays in it. “By divine design, fathers are to preside over their families in love and righteousness and are responsible for providing the necessities of life and protection for their families. Mothers are primarily responsible for the nurture of their children. In these sacred responsibilities, fathers and mothers are to help one another as equal partners,” it says. Like most members are expected to do, I married young, at the tender age of 19, and was pregnant with my first child by 20. “Primarily responsible for the nurture of their children”? But what about my great work? What about the entire reason I believed I was even on the earth in the first place? How in the world was I supposed to do both?

And for a long time, I tried. I believed in both vehemently. I knew and had always felt that I was meant for something special. That I was meant for something more. But the more I tried to do outside the home, the greater pressure I felt toward my responsibilities within it. After all, all the other women in the Church could keep an immaculate home, maintain perfectly well-mannered children, homeschool, hand-sew elaborate Halloween costumes, run blogs, start nonprofits, and spend hours setting up Christmas parties for a hundred people, so why couldn’t I?

Eventually, of course, I crashed and burned. I couldn’t do it, and I knew it.  My kids were falling hopelessly behind in our state-sponsored homeschool program, my house looked like a tornado had torn through a Toys "R" Us, and I wasn’t accomplishing a single one of the things I felt might contribute to my “great work.” Unfortunately, my husband wasn’t fairing any better. Working 70 hours a week, going to school full time to finish his degree, and serving as a leader to the men’s organization at church, he was just as frustrated and distant as I was. Ultimately, unrealistic expectations on both our parts lead to my demise. I began flirting with an unhealthy habit as poor consolation, left the Church in shame for it, spiraled into anxiety and depression, and landed myself in the ICU. For my family, friends, and readers, that ER visit was assumed to be the result of nothing more than a severe panic attack, and though I'm sure that's what led up to it, only my husband and medical staff knew otherwise. 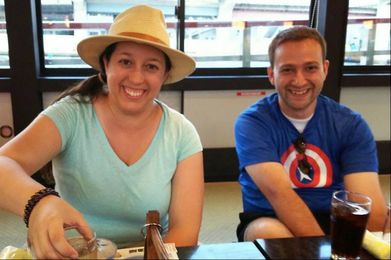 Everything else in this box represents what happened afterward.

The picture inside the box of myself and my husband, at one of our favorite date night places (Krispy Kreme), was taken four months after recovery from my suicide attempt. Not only were we spending more time together, but both of us had just finished a healthy challenge competition in which I had placed fourth at the individual level, having lost 20 pounds in eight weeks. I’d been seeing a therapist and psychiatrist since my hospital stay, had finally learned to prioritize taking better care of myself physically and felt better than I had in a very long time. 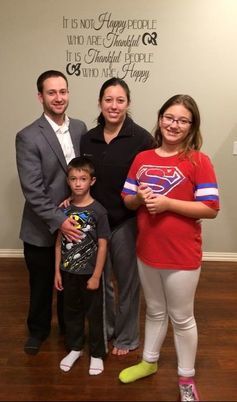 Eventually, I found the strength to go back to church. Only this time, I let go of the image of everything I thought I was supposed to be. I learned to distinguish between the gospel and the culture—learned to distinguish between the teachings of Christ that I so deeply believed in and the culture which everyone else dictated they thought it meant. I realized that I didn’t believe in “The Church,” I believed in the gospel. I didn’t follow the culture, I followed Christ. In a lengthy and revealing blog post titled Why I Left the Church is Also Why I Came Back, I explained that I wasn’t perfect and that, more importantly, that was okay. I had made mistakes. I wasn’t infallible and I couldn’t keep up. I couldn’t do it alone. I wasn’t Super Woman. And I was no longer going to try to be—nor was I going to be allowed to be made to feel guilty for it, by myself or anyone else.

Apparently, I wasn’t the only one who felt this way. The post went insanely viral on my own blog and was picked up by a magazine called LDS Living. In a matter of days, the article was read over 200,000 times worldwide. It was published in the print version of LDS Living a few months later (a copy of which is inside the box) and has since been one of their most popular stories. I also found out I wasn’t alone. Other authors and bloggers had spoken out on the subject of burnout as well, and the Church has since launched initiatives, like their Mental Health resources program, to aid in combating the struggles of mental illnesses such as depression and anxiety disorder.

A few months after the article was published, my husband and I put in an offer on what would be our first, single-family home. At the time, we weren’t even planning on buying one. I just happened to come across the listing while browsing online. The thing which caught my eye was that the house was nearly an exact replica of the house I had been designing for the last five years—the dream home that my husband and I had been working and saving so hard for. Despite several other offers which were on the table, ours was accepted immediately, by the LDS family who was selling it. A month later, we moved into what was the only single-family home I’d ever lived in, the house pictured in the photo above. Growing up in poverty, I’d always lived in relative’s basements, trailers, apartments, and duplexes before that time. For months afterward, I would sit in my living room after everyone else had gone to sleep, look around, and find it hard to believe that it was actually mine. 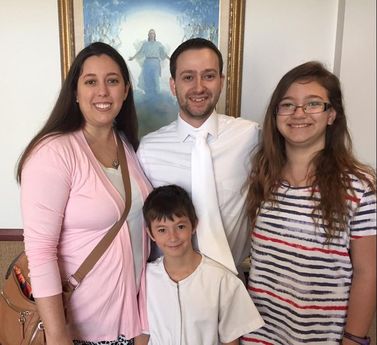 Since that trip to the emergency room two and a half years ago, I’ve continued to focus more on what I think my life should be, instead of what I think everyone else expects of me. I’ve learned to embrace the “fathers and mothers are to help one another as equal partners” portion of the Proclamation, and let go of defining whatever my “great work” might be. I’ve learned to focus on my strengths, instead of my weaknesses—learned to stop comparing myself to others and let go of what I think they think. I’ve returned to school at the ripe old age of 33, to finish bachelor's degrees in emergency management, political science, and psychology, to explore and contribute in the areas that interest me the most. I’ve also chosen to focus on my writing, and have since finished my first novel When Darkness Builds. In short, I’ve chosen to “just do me.”

Because, in the end, that’s all any of us can ever be.

And, for the first time in a very long time, I know that here is where I truly want to be.

Makes You Think Atonement Peace FaithAtonement,Peace,Faith,Makes You Think
Comments and feedback can be sent to feedback@ldsliving.com