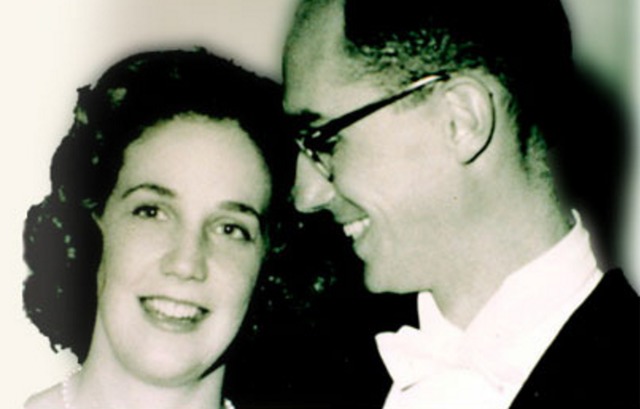 in the words of her husband, Russell M. Nelson 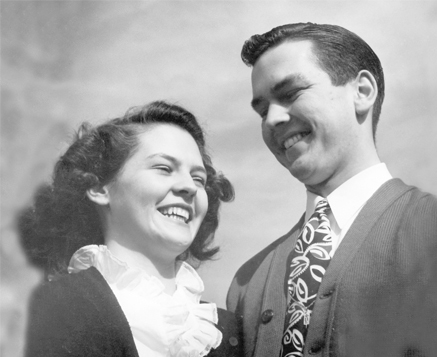 “Because of her, I know all the blessings that can come to a husband, father, and grandfather.”

-Dantzel and young Russell Nelson met as cast members in a Broadway-bound musical called Hayfoot, Strawfoot. They dated for three years before being married in the Salt Lake Temple.

-She used to sell her blood in order to help put Elder Nelson through medical school.

-Dantzel was a member of the Mormon Tabernacle Choir for 20 years.

To my dear Dantzel, I acknowledge my debt, as well as my eternal love. She is the fountain from whom flows the nourishing love in our home. Her sacrifices to bring our ten wonderful children into this world, teaching and training them, while always supporting me without a murmur through my responsibilities in the Church and in my profession, are monumental.

From “Protect the Spiritual Power Line”:

The power of love between a man and a woman is special. The love shared with my beloved companion, Dantzel, has increased the power of love for both of us. That love brought us to the altar in the temple of the Lord. Her love for me motivated her to teach school during the early years of our marriage. When things were tight, she held a second job at night. Once when things were exceptionally tight, she even sold her blood in between her two jobs to keep us solvent. (Her dear parents may have wondered what kind of a son-in-law they had on that occasion!) I thought of that many years later when she needed a transfusion urgently and her blood couldn’t be matched readily with donor blood from the blood bank. What a privilege it was for me to donate mine directly to her. 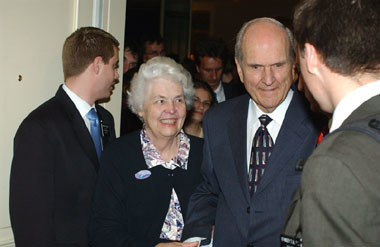 From “Now Is the Time to Prepare”:

My dear brethren and sisters, since our last general conference, my sweetheart—my beloved wife for 59 years—passed away. . . . My closest friend, angel mother of our 10 children, grandmother of our 56 grandchildren, [has] been taken from us.

Dantzel was not only a loved and loving companion. She was a teacher: by her noble example, she taught faith, virtue, obedience, and mercy. She taught me how to listen and to love. Because of her, I know all the blessings that can come to a husband, father, and grandfather. . . .

Sister Nelson prepared throughout her life for the time when she would return to God. She lived each day as though it were her last. She cherished every hour, knowing that time on earth is precious.

in the words of her husband, Russell M. Nelson

I also know what it is to be blessed again by my Heavenly Father in marrying a second time, also to a woman of compassion and generosity of spirit, who has once again completed my family circle. Nothing, absolutely nothing, compares with the companionship between a husband and a wife (From "Elder Russell M. Nelson: The Family: The Hope for the Future of Nations").

-Wendy was a marriage and family therapist and professor at BYU before her marriage to Elder Nelson in 2006.
-Elder Nelson frequently relates events the two of them have done together and how those events provided for spiritual inspiration. (For example, here and here.)

From “Elder Nelson Completes Trip to Africa in Kenya”
In describing individual worth, Elder Nelson talked about his wife, Wendy Watson Nelson, whom he married in April 2006, and her preparation for marriage over many years.

One of the ways she prepared was through education.

“Education is one of your prime objectives,” Elder Nelson said. “The glory of God is intelligence (see D&C 93:36), so fill your mind with truth. . . .  Expose yourself to good books and to good thoughts and to good music.” 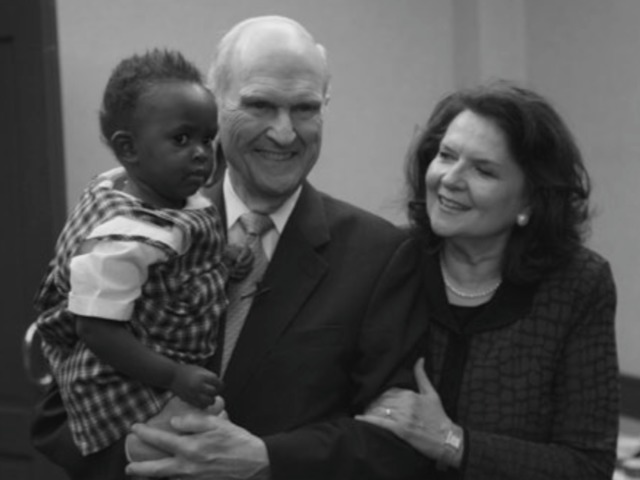 Elder and Sister Nelson with a young child during their trip to Africa. Photo from LDS.org.