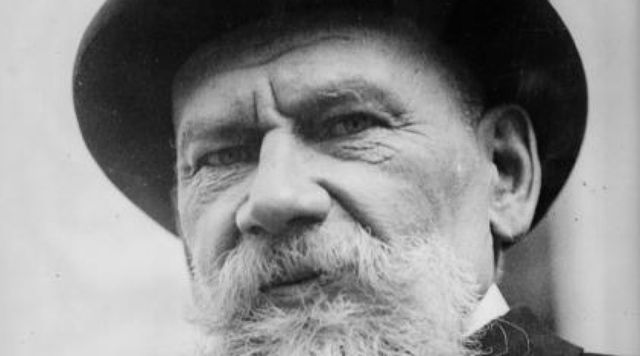 What Leo Tolstoy Had to Say About Mormons

A creative genius, a master of realistic fiction, and arguably the greatest novelist of all time, Count Leo Tolstoy made an indelible mark on the literary world. Though he died over a century ago, his masterpieces War and Peace and Anna Karenina are still popular and relevant today and considered among the finest novels ever crafted.

What ties could this famous writer living half a world away in Russia have to the LDS Church?

► You'll also like: What 17 Famous People Have Said About Mormons

Tolstoy Receives a Book of Mormon

Known as a great moral mentor and religious teacher in his time, Tolstoy had exposure to and researched many world religions. From a mention in his diary, it's clear Tolstoy knew about Mormonism as early as 1857, but his first strong tie to Latter-day Saint beliefs and people came after the daughter of President Brigham Young Susan Young Gates—who was lauded by R. Paul Cracroft as "the most versatile and prolific LDS writer ever to take up the pen in defense of her religion"—sent him a copy of the Book of Mormon and struck up a correspondence (“Tolstoy and Mormonism,” Leland A Fetzer).

Having never met the count, Gates sent him a copy of these sacred records after reading a comment Tolstoy made about the LDS Church in Century, a popular American magazine at the time.

In her letter, she writes:

I should like if I were only able, to give you a "Mormon's" view of the Mormon question. But naturally, I shrink from intruding that upon you which might be entirely unwelcome. You have doubtless heard "our story" all from the one side. Would you care for the "other side" to speak also?

It would please me to forward to your address a copy of that Book, so much maligned and abused, but withal so simple and sweet, called by our enemies "The Golden Bible" by ourselves "The Book of Mormon." I would wish for one like yourself, standing on a far eminence, above men's passions and men's ambitions, to read this record of a people who once nourished and prospered in the new yet ancient land of America.”

(“Tolstoy and Mormonism,” Leland A Fetzer)

Tolstoy mentioned this “beautiful letter of the American woman" in his journal, indicating it made at least some impact on the passionate writer.

Tolstoy didn't reveal his thoughts on Mormonism until some time later when he visited with U.S. Foreign Minister to Russia Andrew D. White in the 1890s.

White wrote about the experience in McClure's Magazine in April 1901, saying, “[H]e asked me about the Mormons, some of whose books had interested him. He thought two thirds of their religion deception, but said that on the whole he preferred a religion which professed to have dug its sacred books out of the earth to one that pretended that they were let down from heaven. On learning that I had visited Salt Lake City two years before, he spoke of the good reputation of the Mormons for chastity, and asked me to explain the hold of their religion upon women."

White continues, "I answered that Mormonism could hardly be judged by its results at present; that, as a whole, the Mormons are, no doubt, the most laborious and decent people in the State of Utah; but that this is their heroic period, when outside pressure keeps them firmly together and arouses their devotion; that the true test will come later . . .” (“Tolstoy and Mormonism,” Leland A Fetzer).

An article published in the LDS Church magazine The Improvement Era gives another account of the conversation between Tolstoy and White. Thomas J. Yates, a student at Cornell, tells of a discussion he had with White in 1900. According to Yates' account of this conversation, White quoted Tolstoy as saying:

"Catholicism originated in Rome; the Episcopal Church originated in England; the Lutheran Church in Germany, but the Church to which I refer originated in America, and is commonly known as the Mormon Church. . . .

"The Mormon people teach the American religion; their principles teach the people not only of Heaven and its attendant glories, but how to live so that their social and economic relations with each other are placed on a sound basis. If the people follow the teachings of this Church, nothing can stop their progress — it will be limitless. There have been great movements started in the past but they have died or been modified before they reached maturity. If Mormonism is able to endure, unmodified, until it reaches the third and fourth generation, it is destined to become the greatest power the world has ever known.”

It was this conversation with Tolstoy that prompted White to meet with Yates and learn more about Mormon beliefs.

Though these quotes from Tolstoy on Mormonism come from second-hand and third-hand accounts, it's clear that LDS beliefs intrigued Tolstoy and that Mormon values and Church members left an impression on the famous writer.