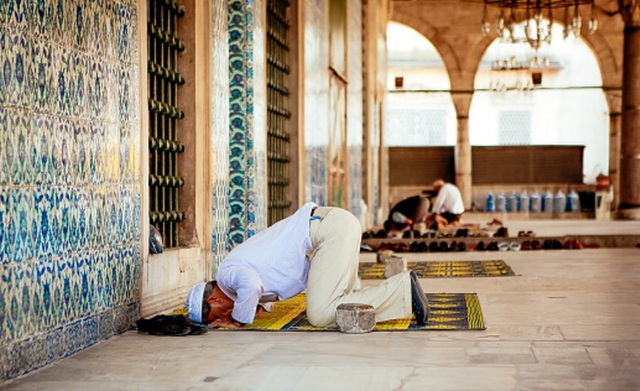 What Prophets & Apostles Have Said About Muhammad

Why should Latter-day Saints know more about the founder of Islam? What have prophets and apostles said about Muhammad? Find out in this fascinating article from the Ensign published in August of 2000.

Recently I received a phone call from two Church members in Los Angeles who had become acquainted with a Muslim neighbor from Pakistan. When they shared with him the story of Joseph Smith’s First Vision, his response surprised them. After stating that Muslims accept no prophets after Muhammad, he said that Joseph Smith’s story shared similarities with Muhammad’s. He said, “We believe Muhammad encountered a divine messenger who informed him of his new calling as prophet. He received revelations of new scripture that contains God’s word to mankind, and he established a community of believers that developed into a major world religion.” Knowing little about Muslims and Islam or about Muhammad, the members were unsure in their responses.

The issues raised by this experience imply a broader question that is relevant for all Latter-day Saints in view of the Church’s global presence and the increasingly pluralistic societies in which we all live: What is an appropriate Latter-day Saint attitude toward other religions’ claims of divinely inspired prophets, scriptures, visions, and miracles? The following may be helpful and is based on gospel insights I have gained over the years while studying and living in Muslim societies. Seeing Muhammad’s role in religious history from the perspective of the restored gospel provides great understanding of one of history’s most influential spiritual leaders, helps us appreciate Heavenly Father’s love for His children of all nations, and gives principles to guide us in building positive relations with friends and neighbors of other faiths. . . .

One of the noteworthy examples of the Latter-day Saint commitment to treasure up true principles and cultivate affirmative gratitude is the admiration that Church leaders have expressed over the years for the spiritual contributions of Muhammad.

As early as 1855, at a time when Christian literature generally ridiculed Muhammad as the Antichrist and the archenemy of Western civilization, Elders George A. Smith (1817–75) and Parley P. Pratt (1807–57) of the Quorum of the Twelve Apostles delivered lengthy sermons demonstrating an accurate and balanced understanding of Islamic history and speaking highly of Muhammad’s leadership. Elder Smith observed that Muhammad was “descended from Abraham and was no doubt raised up by God on purpose” to preach against idolatry. He sympathized with the plight of Muslims, who, like Latter-day Saints, found it difficult “to get an honest history” written about them. Speaking next, Elder Pratt went on to express his admiration for Muhammad’s teachings, asserting that “upon the whole, … [Muslims] have better morals and better institutions than many Christian nations.”

Latter-day Saint appreciation of Muhammad’s role in history can also be found in the 1978 First Presidency statement regarding God’s love for all mankind. This declaration specifically mentions Muhammad as one of “the great religious leaders of the world” who received “a portion of God’s light” and affirms that “moral truths were given to [these leaders] by God to enlighten whole nations and to bring a higher level of understanding to individuals.”