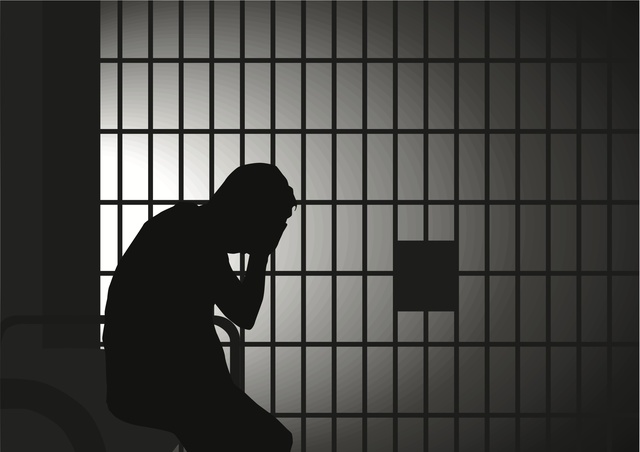 Editor's note: This article originally ran in December 2016. The young man mentioned in this article passed away this year. We are sharing this story again in his memory.

This is the story of how a tiny evergreen branch reminded me that God lives, that He loves us, and that miracles are real.

On Christmas night, I was blessed to visit a friend in jail in a neighboring county. His family tried to visit him earlier that day but was turned away because of a paperwork mix-up. It would have been the first time they'd seen him since his arrest.

This is a good young man who, despite some poor choices, has a tender heart. He's talented. He's kind. He’s loved.

When I learned they weren't successful, I asked my family if they'd be willing to drive to the jail with me and wait in the car for a few minutes so we could continue enjoying Christmas together. They didn't hesitate: "Let's do it."

Because I am serving as the bishop of my ward of The Church of Jesus Christ of Latter-day Saints, I had at least some confidence they would let me in for a clergy visit. Before leaving our home, I made several phone calls and was promised they would do their best, despite visiting hours having already ended.

Meanwhile, the young man's family was in their home praying, praying, and praying again for a Christmas miracle.

When I arrived at the jail, I waited quite a while for three officers to meet me out front. I was initially told they could not let me visit and they had no record of me having called earlier seeking a clergy exception. Also, for reasons they couldn't explain, I was not in their computer system, though I have visited other inmates before.

Finally, a kind guard permitted me to enter. He led me to one of the tiny rooms where I met my young friend and we spoke by telephone on opposite sides of the glass.

He wept when I told him his family had come to visit but was turned away. Still, he was filled with gratitude at hearing the message I delivered of their love and concern.

His longing for his mother runs particularly deep, and he wept like a homesick child that he was missing Christmas.

We spoke about his long days, his spiritual well-being, and I testified how much God still loves him. I shared a bit of our Christmas morning church service and invited him to follow the invitation of the beautiful closing number our choir sang: “Come Unto Him."

In response, he revealed a real desire to rebuild his friendship with the Savior.

As we began our goodbyes, he cried again at how badly he wished he could have seen his mother on Christmas. He wanted more than anything to give her a gift and be with her. It was both sweet and heartbreaking to hear him bear his soul.

I told him I loved him, believed in him, and would see him soon. Then I hung up the phone and pressed the intercom on the wall to alert the guards our visit was complete.

Then, as I turned to look at him again, I spotted something in the middle of the floor.

The room was sterile and spotless, as was the rest of the facility. The jail is less than three years old and you would have to be a detective to find a bit of dirt, a stick, or even a stick of furniture out of place.

But there in the middle of the shiny tile floor, I found a miracle. It was the small end of what appeared to be a branch from a Christmas tree.

Here it was—in a room where no personal contact is allowed—or even feasible.

Here it was—behind multiple locked doors where nearly nothing is allowed to enter.

Here it was—in my hand and two inches from my wide eyes.

I held it up for my friend to see. “Your Christmas tree,” I said, “is on the wrong side of the glass.”

Tears filled his eyes and even though we were no longer holding the phones to our ears. I heard him say, “Please take it to mom." Then he tapped his heart with his cuffed hands, "Tell her it's from me.”

The message was as clear and bright as the star of Bethlehem.

We took another quiet moment to marvel at our miracle and soon a guard appeared to escort me out.

My family rushed home and I delivered to his parents two gifts from their son—a tiny branch and a huge hug. They were overwhelmed by the Lord's tender mercy and everything that humble green branch represents.

I don't know about you, but if that's not a Christmas miracle, perhaps there's never been such a thing.

And that's the story of how a tiny evergreen branch reminded me that God lives, that he loves us, and that miracles are real.