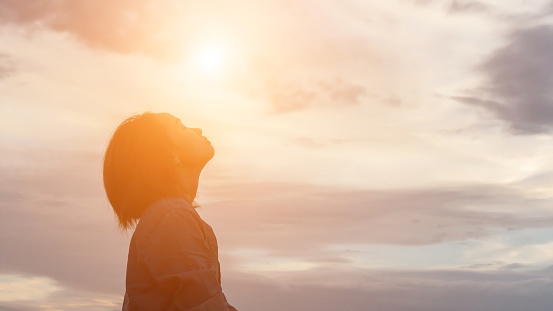 What a Young Man Fascinated by Anti-Mormon Books Taught Me About the Atonement, Repentance

byBrad Wilcox, excerpted from "The Continuous Atonement for Teens" | Feb. 19, 2018

In place of faith in Christ, some choose disbelief. When people say, “There is no God,” or, “The Church isn’t true,” their words can put us on the defensive. However, such comments are sometimes attempts to justify poor choices and avoid change. When we listen beyond the words, the message really being communicated in such cases is, “I’ve sinned and don’t want to repent.”

A young man who became fascinated by anti-Mormon literature had never read much in the scriptures or Church magazines, yet suddenly he was devouring entire anti-Mormon books and reading every word on anti-Mormon websites. He would rush to show me some obscure statement of Joseph Smith or Brigham Young—usually taken completely out of context—which “proved” they were false prophets. He anxiously reported, according to his “unbiased” sources, that “all Mormons are prejudiced” and “all Mormon males are dictatorial.” I recognized the statements as unsupported generalizations, but he heard only what he wanted to hear.

One day after speaking with him at length about the exaggerations and lies he was accepting so willingly, I said to him, “In my experience, when people are anxious to prove the Church wrong it is sometimes because they are trying to cover their sins.” The young man protested and said he couldn’t believe I would think such a thing. He criticized me for being judgmental. However, within the week he confessed serious problems with morality.

This young man did not really have genuine questions or doubts about the Church, its leaders, or its history. He just wanted to soothe his conscience. He figured if the members or standards of the Church could be shown to be wrong, he could feel justified. He thought if he could conveniently make God disappear, he could in “good conscience” do whatever he wanted. Like the wicked Nephites in the Book of Mormon, he sought his own “prophet” who would tell him, “There is no iniquity; . . . do whatsoever your heart desireth” (Helaman 13:27). In time he learned he was better off putting his efforts into altering himself rather than trying to alter truth. We apply the Atonement by showing faith. . . .

Some people don’t feel worthy to participate fully in the gospel because they are not completely free of bad habits. Although that freedom is our long-term goal, for now our worthiness can be defined as being completely honest with priesthood leaders and making progress in the right direction. There is no place for sin in heaven. There is a place for sinners who are willing to confess, learn from mistakes, sincerely progress through a repentance process, and welcome the power of the Atonement.

One young man wrote the following to me upon entering the Missionary Training Center: “It was amazing how Satan would keep trying to make me feel bad about the past. He would whisper, ‘You’re not worthy to be here.’ The only thing that got me through was knowing that I had put everything out on the table. My confession was complete. I would think, Satan, there is NOTHING my priesthood leader doesn’t know, and if he says I am worthy, I’m worthy. HE is the judge in Israel, not YOU.”

Two people can commit the same sin, and one can be found worthy and the other not: The difference is a repentant attitude and the willingness to try to improve. Perfection isn’t our immediate goal. Progress is. Elder Bruce C. Hafen has said that developing a Christlike character “requires patience and persistence more than it requires flawlessness” (Broken Heart, 186). Sincere desire and effort to improve—however slow our progress may be—can qualify us to worthily partake of the sacrament sitting right alongside people who have never experienced our individual struggles. As we set short-term goals together with priesthood leaders, they can help us reach those goals and determine our next steps. This positive process allows us to celebrate mini-milestones and build on a series of triumphs rather than failures.

It takes time to get our lives tangled up. We can’t expect them to be unraveled in a single day. Mark Twain also wrote, “Habit is habit, and not to be flung out of the window by any man, but coaxed downstairs a step at a time” (Pudd’nhead Wilson, 45). President Spencer W. Kimball put it even more clearly when he wrote, “Certainly self-mastery is a continuous program—a journey, not a single start” (Miracle of Forgiveness, 210). . . .

There is a Spanish saying: Sin prisa, pero sin pausa. (“Without great hurry, but also without a pause.”) In English we might say, “Slow and steady wins the race.” We don’t have to reach our goals by Friday. We have till Sunday and then the next Sunday and the next—each time we have the opportunity to partake of the sacrament. Enduring to the end does not necessarily mean living without errors. Enduring to the end means enduring in the covenant despite errors.

Whenever we return to the temple, we do the work for someone else, but each time we partake of the sacrament, it is always for us. Participating in this ordinance repeatedly is one way we progress from grace to grace, or from a bestowal of grace to a bestowal of grace. Some appropriately define “grace to grace” as progressing through levels, but I like to also think of it as an expression of the continuous nature of grace.

In sacred sacrament moments can we really promise to never again make a mistake? Not when we know full well we will be back again the very next week needing the sacrament as much as ever. Rather, we show we are willing to take upon ourselves His name, willing to always remember Him, and willing to keep His commandments (see Moroni 4:3; D&C 46:9). As we renew covenants, we are committing not to be perfect like Christ immediately but to be perfected in Christ over time.

“Behold, ye are little children and ye cannot bear all things now; ye must grow in grace” (D&C 50:40). This is the growth process King Benjamin called retaining a remission of our sins “from day to day” (Mosiah 4:12, 26), or we could say from Sunday to Sunday. Enduring to the end doesn’t seem so overwhelming when we break decades and years into smaller measurements and just take life one week at a time. The sacrament is our most continuous catalyst to enduring. And enduring is how we apply the Atonement.

A woman learning English as a second language once paid me the supreme compliment. She told me she thought I was Christlike. Unfortunately, what I heard was “cross-eyed.” I couldn’t understand why she would say such a thing. Finally her real intent became clear. Although humbled and deeply honored, I nevertheless felt that my first impression was more accurate. Most days we all probably feel more cross-eyed than Christlike. During such times, we can find comfort in recalling the words of President James E. Faust, “I am grateful that it is never too late to change, to make things right, to leave old activities and habits behind” (“Unwanted Messages,” 10). Because of the continuous Atonement, it’s never too late to exchange willpower for God’s power. 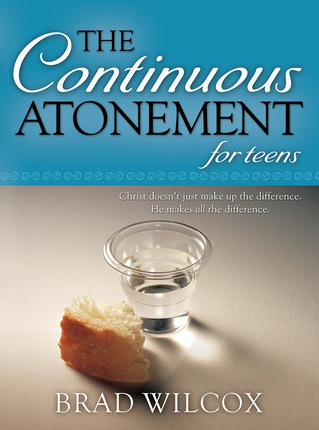 Brad Wilcox's The Continuous Atonement is a landmark work that helps to clarify what the Atonement is—and what it isn't. It corrects misperceptions and offers hope to those who struggle again and again.