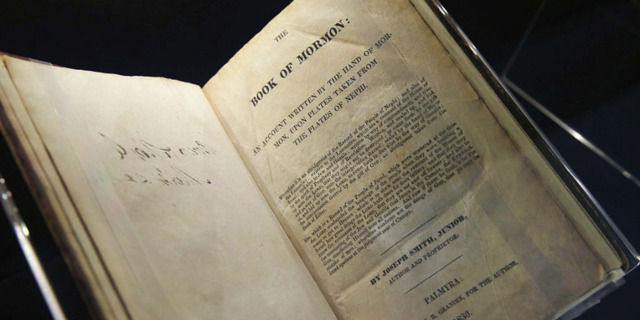 What led to the Book of Mormon gaining its subtitle: ‘Another Testament of Jesus Christ’

A recent article from Church History by Brian Passantino and the Consultation Services team discusses an interesting change made to the Book of Mormon—the introduction of the subtitle “Another Testament of Jesus Christ.” Added in 1982, Church leaders explained that the subtitle helps clarify misconceptions. “The Book of Mormon has been misunderstood,” President Boyd K. Packer stated. “With the subtitle, it takes its place where it should be—beside the Old Testament and the New Testament.”

The article also discusses other facts about the publishing history of the Book of Mormon, such as scholarly research on the differences between the original manuscript of the Book of Mormon and later editions. According to the article, studies from Church scholars reveal an estimated 30,000–35,000 changes were made to the original manuscript, mostly focused on punctuation.

It should be noted that a Gospel Topics Essay titled “Book of Mormon Translation” from the Church illustrates why this is the case:

Because Joseph Smith did not call for punctuation, such as periods, commas, or question marks, as he dictated, such marks are not in the original manuscript. The typesetter later inserted punctuation marks when he prepared the text for the printer. With the exceptions of punctuation, formatting, other elements of typesetting, and minor adjustments required to correct copying and scribal errors, the dictation copy became the text of the first printed edition of the book.

For those interested in studying more about textual changes made to the original manuscript of the Book of Mormon, the Church History article recommends looking into additional resources such as the Book of Mormon Critical Text Project, which provides scholarly analysis on the differences between manuscripts.

► You may also like: 5 little-known facts about the publication of the Book of Mormon

Read the full article at history.ChurchofJesusChrist.org. The article also provides information about where the pronunciation guide in the Book of Mormon originally came from.