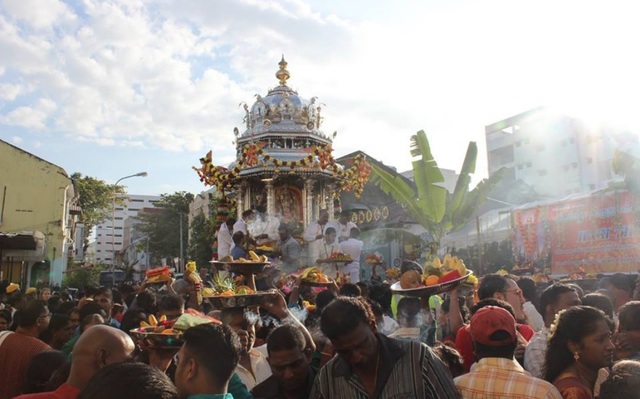 The Vishishtadvaita sect of Hinduism believes Brahman to be the center of the universe and the soul. Hindus believe you can only reach enlightenment by understanding and accepting that Brahman, or the universe, is a part of yourself.

“Thus it is an illusion to believe that person or other things have an identity separate and distinct from this world soul. As long as persons hold to the illusion of individual identity apart from Brahman, they will continue to return to the rounds of rebirth,” as Roger R. Keller says (Light and Truth: A Latter-day Saint Guide to World Religions, 25). This commentary on Hinduism and their version of happiness and the point of life sound very similar to how we, as Latter-day Saints, understand our relationship with Christ.

We believe in Christ, and we define our salvation in terms of Him. Rather than having the same identity as Christ, we are commanded to have a heart like Christ’s. That’s what we commit in our baptismal covenants, “that they are willing to take upon them the name of thy Son” (D&C 20:77-79). When we take the name of Christ, we commit to being willing to serve more, be willing to bear His name, and be willing to become more like Him. In essence, we commit to being willing to allow part of our personality and heart to become more like Christ’s. We seek to align our heart with Christ’s and by doing so become more and more like Him. “The Savior of the world spoke of that unity and how we will have our natures changed to make it possible” (President Henry B. Eyring “That We May Be One” April 1998 general conference).

Further, in Hinduism, escaping the cycle of rebirths and reaching Nirvana by becoming one with Brahman is what will bring peace to the individual. Likewise, we are unable to return to our Heavenly Father or obtain peace, without becoming one with Christ. We physically cannot reach the highest degree of glory if we distance ourselves from Christ. Some people think they can make it on their own, but Christ is central to our salvation. As Neill F. Marriott said in the October 2017 general conference talk “Abiding in God and Repairing the Breach,” “Only the Savior’s Atonement can cleanse us of our sins and close that gap or breach.” If we align our hearts with Christ’s, when our time in this life ends, that is what will allow us to gain the ultimate peace and live with Christ and God again in heaven.