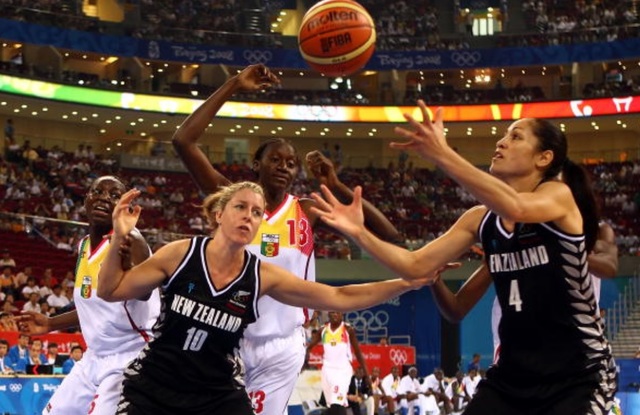 In the sports world, Sunday is prime time for competitions. And the Olympics are no exception. With preliminaries, games, competitions, and finals all falling on Sundays, many Latter-day Saints are presented with a very personal choice as they come face-to-face with a once-in-a-lifetime opportunity to compete in the pinnacle of sports competitions.

For New Zealander Saints Charmian Purcell and Nonila Wharemate, their decision to not play on Sundays came early in their professional careers. In fact, when prospective recruiters approached Wharemate in college, she made it clear from the outset she would not practice or play on Sundays.

But that decision was put to the test when it endangered Purcell and Wharemate's chances of even making it to the 2008 Olympics. That’s a frightening prospect for two female basketball players who come from a country that rarely competes in Olympic women's basketball.

When asked whether she thought she would ever be competing in the Olympics, Wharemate told UTEP Athletics, “I really didn't think we would. Australia is a basketball superpower, and we normally need to beat them to make it to the Olympics.”

But with Australia winning the world championship in 2006, the Australian team got an automatic bid, meaning New Zealand didn’t have to face them when they competed for, and won, the Oceania placement.

But even after the New Zealand team clinched a spot in the Games, there was no guarantee Latter-day Saints Purcell and Wharemate would make the 12-member roster, especially since both players refused to play on Sundays, putting the team’s coach at the time, Mike McHugh, and the players in a tight spot.

"But we've stuck with our guns,” Purcell told the Deseret News, “and he decided that he'd take both of us.”

Upon hearing that news, Purcell told UTEP Athletics that she was "totally over the moon" about the chance to compete against the best athletes the world has to offer. "There's not a lot of money in this game for women in New Zealand, so all the girls who have made it here have had to work really hard," Purcell says. "It is all worth it when you get to play against the world's best with the name of your country on your uniform and for a team that you love." The only thing that made the experience even sweeter was playing on the same team as her sister—fellow Mormon and athlete Natalie Purcell.

The New Zealand women's basketball team had a tough road ahead of them, however, and after an initial win against Mali, they lost their next three games. Purcell and Wharemate knew going into their fifth game against the United States that it was their last chance to play in the Olympics. But the game happened to fall on the first day of Sunday play, and Purcell and Wharemate stood by their personal standards unflinchingly.

"I sort of made [no Sunday-play] a criteria from the beginning, right from the recruiting process," Wharemate told the Deseret News. Despite the prospect of glory and the chance to play against U.S. players, even the Olympics couldn’t shake these two women from following the standards they set for themselves early on.