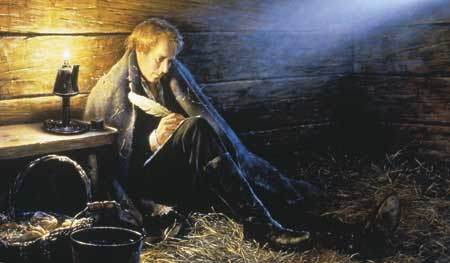 When Joseph Smith Was Arrested 6 Times in One Day

Many Mormons know about Joseph Smith's imprisonment in Liberty Jail during the cold winter months of December 1838 to April 1839. From that dark and bitter experience have come some of the most poetic and touching lines of scripture. Who could forget in Doctrine and Covenants 121 when the despairing prophet finally hears:

7 My son, peace be unto thy soul; thine adversity and thine afflictions shall be but a small moment;

8 And then, if thou endure it well, God shall exalt thee on high; thou shalt triumph over all thy foes.

9 Thy friends do stand by thee, and they shall hail thee again with warm hearts and friendly hands.

Many throughout the world know about Joseph Smith's confinement in Carthage Jail and the violence that led to his martyrdom.

But, what not many know is that Joseph Smith was arrested on false charges on multiple occasions. In fact, he was once arrested six times in one single day. In 500 Little-Known Facts in Mormon History,  George W. Givens recounts:

On July 27, 1837, the prophet set out from Kirtland to visit the Saints in Canada, accompanied by Sidney Rigdon and Thomas Marsh. He had gone less than 10 miles when the sheriff in Painesville arrested him on some spurious charges. Released for lack of evidence, he was arrested again and before the day was over, had been arrested six times and each time released. He had to postpone his trip until the following day.

Brigham Young, who was supposed to accompany Joseph part way on that occasion, later described the legal persecution experienced by Joseph while trying to build the restored Church: "He never broke a law, yet to my certain knowledge he was defendant in 46 lawsuits."

As a Latter-day Saint, I am infinitely grateful Joseph Smith had the faith and conviction to endure so much mental, emotional, physical, and political persecution to bring the restored gospel to the world. He was a hero who quietly endured so much pain in order that so many could have truth, light, and joy.

Lead image from LDS.org of Joseph Smith in Liberty Jail.