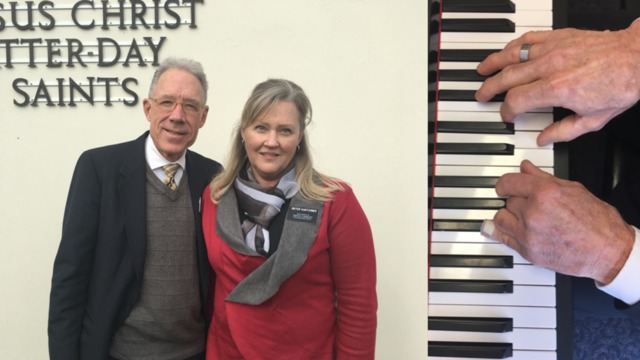 Serving a senior mission can be a sacrifice, as Sister and Elder Kartchner know all too well. After many sacrifices that required faith, the couple had just enough money for food, gas, and rent while they served their mission in New Zealand. But there was one other challenge that would require faith and sacrifice when Elder Kartchner, who had no fingers on his left hand, was asked to play the piano for his branch.

At the same time they were preparing to serve a mission, the Raglan Branch in New Zealand was praying for a way out of the, almost comical attempts the congregation made at following the Church’s CD hymn accompaniments. “It was difficult to be reverent when we’d come in too soon for the sacrament hymn and all be singing at different times, the room would be scattered with giggles.”

It wasn’t long after arriving that Elder Kartchner was approached by the branch president, “So, your wife tells me that you can sort of play the piano.” A little shocked, Elder Katchner was now torn between wanting to serve and having to confront a draining fear. “I had no fingers, why would I play?”