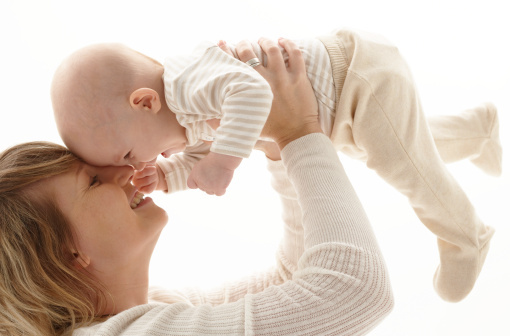 Where is God in a Mother's Life?

While walking by the Sea of Galilee, he saw two brothers, Simon (who is called Peter) and Andrew his brother, casting a net into the sea, for they were fishermen. And he said to them, Follow me, and I will make you fishers of men. Immediately they left their nets and followed him. And going on from there he saw two other brothers, James the son of Zebedee and John his brother, in the boat with Zebedee their father, mending their nets, and he called them. Immediately they left the boat and their father and followed him.” —Matthew 4:18-22

And so there is Jesus, walking the shoreline of Galilee, watching the fishermen casting their nets. He starts calling them to follow, and they do. The end.

But here is what we don’t always think about when He calls the disciples. He is not waiting for them to catch 1000 fish first.