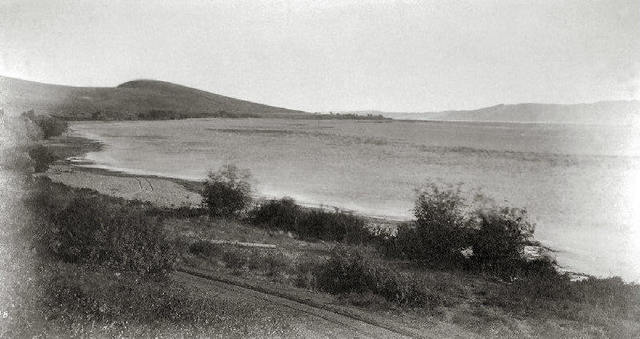 When the Mormon pioneer settlers arrived in the Bear Lake Valley in 1863, they must have looked in wonder at the vast body of water of Bear Lake.

The Carribean blue waters and unknown depths of this new and mysterious lake sparked the imaginations of the early Mormon settlers—especially after they heard what the local Native Americans said lurked below its surface.

According to the book Lost Landscapes: Utah's Ghosts, Mysterious Creatures, and Aliens, the Native Americans living in the area told the Mormon pioneers there was a monster in the lake they called the "devil fish." Described as a monster of the "serpent kind" with legs eighteen inches long, large ears, and a mouth big enough to swallow a man, the Native Americans told the settlers that this creature had drowned adults bathing in the lake and snatched children while they played on the shore, according to an 1868 Deseret News article.

However, according to the same article, the Native Americans claimed there had not been any sightings of the creature since the buffalo left the valley. Despite this, monster sightings on the lake began to spread among Mormon pioneers, beginning shortly after they arrived in the Bear Lake Valley, sparking a series of articles about monster sitings by Joseph C. Rich.

Among those who claimed to have seen a large, strange creature on the lake were Apostle George Q. Cannon, who reported his own sighting of the monster in August 1881 as he walked along the shore of the lake. Willam Budge, a prominent Mormon pioneer and wagon train captain, and three others also reported a sighting of the creature on May 18, 1874.

In an attempt to investigate the reported sightings of the monster, which some believed could have been a large otter seen from a distance instead of a mysterious creature, Phineas W. Cook devised a trap to capture the monster if one existed.

Cook's trap involved a giant, barbed hook baited with mutton connected to a 20-foot cable with the cable attached to a 300-foot long rope connected to a buoy. The buoy was then secured with another 300-foot piece of rope to a tree on the shore, according to historian Will Bagley. The plan was if the monster took the bait, it would break the 300-foot rope attaching the buoy to the tree and wherever the creature went the buoy would go with it, always marking its position.

In order to use his trap, Bagley says Cook asked Bringham Young, the LDS prophet at the time, to lend him a 300-foot long rope. Having visited the lake in 1868, President Young agreed, and Cook completed his trap and waited.

In August 1876, President Young wrote to Cook, asking where his rope was. Cook replied, "I spent my time faithfully during the season but did not succeed," according to Bagley. But, supposedly, the mutton on the end of the hook was gone.

With so many sitings of a mysterious creature shortly after settling a new, unknown area, it's easy to see why so many were investigating and reporting these claims of a monster living in a deep lake.

However, to this day no proof other than firsthand accounts exists of the monster that some pioneers claimed lurked in the Bear Lake waters. 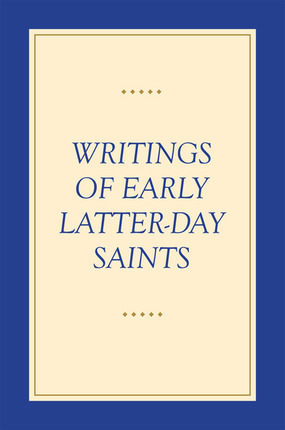 This collection of journal entries and letters detailing the lives of many early Latter-day Saints will prove a cherished addition to any LDS library.