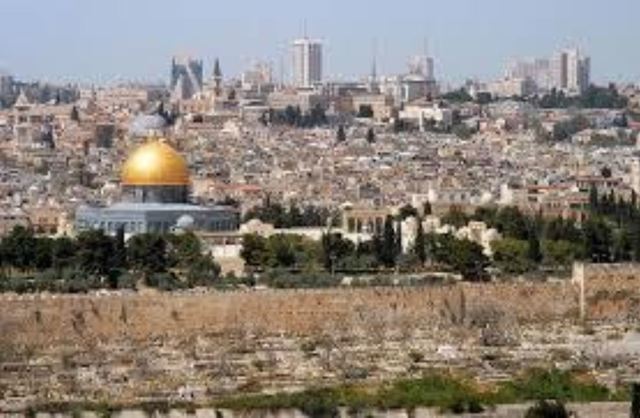 Why Did Alma Say Christ Would Be Born in Jerusalem? Surprising Evidence of the Book of Mormon

One of my favorite Christmas songs is “O Little Town of Bethlehem,” whose opening lines romantically capture the image of a small, quiet town where something wondrous has just happened. Every year around Christmas, families across the world reenact the story of Joseph and Mary traveling the difficult journey to Bethlehem, only to find no room in the inn (see Luke 2). The wise men, too, are remembered for first going to Jerusalem only to learn that it is Bethlehem where the Christ child is actually to be found (see Matthew 2).

It seems the one thing everybody knows is that Jesus was born in Bethlehem. Yet Alma, speaking in ancient America less than 90 years before Christ would be born, prophesied that the Son of God would be “born of Mary, at Jerusalem, which is the land of our forefathers” (Alma 7:10). Was Alma somehow mistaken? How did Alma get this wrong when even primary children today know the correct answer?

For many, the answer to this question is fairly simple: Alma and his audience were a long way away from the Holy Land, and most people listening probably wouldn’t have known about the small town of Bethlehem—after all, already by Nephi’s time, people struggled to understand Isaiah at least in part because they lacked the intimate knowledge of Jerusalem and the “regions round about” that Nephi had (2 Nephi 25:1–6). Alma was simply letting the people know that Jesus would be born in the Nephites ancestral homeland, the same way I used to tell people on my mission that I was “from Salt Lake,” rather than South Jordan, a suburb most people outside of Utah probably aren’t familiar with. Some people even point out that Alma says at Jerusalem, not in Jerusalem, a subtle distinction that expands the possible intent to mean not only in but also near a given location.

While these simple explanations can be satisfactory, some may wonder if the niceties of the English language or the geographical reference habits of 21st century Americans properly capture the perceptions of ancient Israelites or their descendants. Fortunately, ancient evidence that came to light long after the Book of Mormon was published in 1830 has shed some light on this issue.

Yet a fragment found among the Dead Sea Scrolls, telling a story about Jeremiah, Lehi’s contemporary, talks about captives from the Babylonian invasion (ca. 587–586 BC) being taken “from the land of Jerusalem.” Although this fragment comes from several centuries after the time of Lehi and Jeremiah, the phrase “land of Jerusalem,” according to a pair of Dead Sea Scrolls experts, “greatly enhances the sense of historicity of the whole, since Judah … by this time consisted of little more than Jerusalem and its immediate environs.”[2] Since the Book of Mormon begins close to the same time, in a very similar setting, just after the first Babylonian invasion (ca. 597 BC), logically speaking the phrase “land of Jerusalem” is actually evidence that “greatly enhances the sense of historicity” of Lehi’s story.

Some may think this is not relevant since Alma did not use the phrase “land of Jerusalem.” But Alma still called Jerusalem “the land of our forefathers,” suggesting that it was the land, not the city, Jerusalem which he had in mind with his prophecy.

Still, some may wonder, even if there was a “land of Jerusalem,” was Bethlehem part of it?

“A Town of the Land of Jerusalem” in the Amarna Letters

The phrase “land of Jerusalem” also shows up several times in two of the Amarna Letters, discovered in Egypt in 1887. These letters are from the 14th century BC, and most of them are written by vassal rulers in the Syria-Palestine area petitioning the pharaoh for military aid. The king of Jerusalem was a guy named ʿAbdu-Ḫeba, and he wrote several letters to the Pharaoh asking for reinforcements to be sent to the “land of Jerusalem.”

In one letter, ʿAbdu-Ḫeba uses very similar language to Alma when talking about Jerusalem: “And now as for Jerusalem—Behold this land belongs to the king.”[3] In another letter, ʿAbdu-Ḫeba mentioned “a town of the land of Jerusalem, Bit-Lahmi by name.”[4] W. F. Albright, the translator, felt that Bit-Laḥmi was “an almost certain reference to the town of Bethlehem.”[5] Although some scholars have disagreed with this identification, it remains commonly accepted among biblical scholars today.

These letters thus provide evidence that Bethlehem was, in fact, considered to be part of the land of Jerusalem in antiquity. But these letters are, admittedly, from several centuries before Lehi’s time. What about in the seventh century BC, when Lehi “dwelt at Jerusalem” (1 Nephi 1:4)?

Administrative Districts and the “Bethlehem Bulla”

Around the time of Lehi, scholars now know that the territory of Judah was divided up into a number of administrative districts for the purposes of collecting taxes. As the capital city of the entire state of Judah, Jerusalem naturally did “double duty” as one of the administrative centers where taxes were sent.[6] Biblical scholar Nadav Naʾaman explained:

Jerusalem was located in the centre of a sort of district, which encompassed the capital and its periphery, including the agricultural areas of the city’s residents, as well as satellite settlements directly connected to Jerusalem proper.[7]

Was Bethlehem one of these “satellite settlements”? A recent discovery in Jerusalem suggests that it was. In 2012, archaeologists working Jerusalem found a fiscal bulla, which would have been used on tax shipments. The city name “Bethlehem” was inscribed on the bulla, indicating it as the location from which the shipment came. According to a news report of the discovery, this was evidence that Bethlehem was directly “linked to the nearby city of Jerusalem.”

Archaeologists and paleographers date the seal to around the 7th century BC, and suggest it was from either the time of Hezekiah (ca. 716–687 BC), Manasseh (ca. 686–642 BC), or Josiah (ca. 640–609 BC). Lehi would have grown up and likely even started raising his own family within the long, three-decade reign of Josiah. So this bulla indicates that Bethlehem was indeed one of the “satellite settlements” of Jerusalem within, or very close to, Lehi’s lifetime.

For those who find the simpler answers mentioned earlier satisfactory, this exercise may seem like overkill. Yet I would propose that even if it seems obvious from a modern perspective, that’s no reason not to appreciate the evidence we now have confirming Bethlehem as part of the “land of Jerusalem” in ancient times. As Elder Jeffrey R. Holland taught this summer, we may not need the evidence, but “not to acknowledge intellectual, documentable support for our belief when it is available is to needlessly limit an otherwise incomparably strong theological position.”

Since the Book of Mormon was published, some have criticized it for getting the location of Jesus’ birth wrong. “Every schoolboy and schoolgirl,” noted one anti-Mormon, “knows Christ was born in Bethlehem.”[8] Now, the evidence reviewed here suggests that Alma’s prophecy was actually accurate from an ancient perspective unknown in Joseph Smith’s day.

This Christmas, as you tell the tales of Bethlehem and sing of that little town, you may also want to reflect on Alma’s powerful and accurate prophecy of the Christ child’s birth, “at Jerusalem, the land of [his] forefathers” (Alma 7:10) along with other Book of Mormon prophecies and signs related to the Savior’s birth (e.g., 1 Nephi 11:8–23; Mosiah 3:5–8; Helaman 14:2–7; 3 Nephi 1).

I know I will.

[3] W. F. Albright, trans., “The Amarna Letters,” in The Ancient Near East: An Anthology of Texts and Pictures, ed. James B. Pritchard (Princeton, NJ: Princeton University Press, 2011), 439, emphasis mine.

[6] Yohanan Aharoni, The Archaeology of the Land of Israel, trans. Anson F. Rainey (Philadelphia, PA: Westminster Press, 1982), 259 for the phrase “double duty” in reference to Jerusalem’s role as both state and district capital.

[7] Nadav Naʾaman, “Josiah and the Kingdom of Judah,” in Good Kings and Bad Kings: The Kingdom of Judah in the Seventh Century BCE, ed. Lester L. Grabbe (New York, NY: T&T Clark, 2005), 198–199. Jeremiah 34:1 perhaps alludes to these “satellite settlements” when it mentions “Jerusalem and all its cities” (NRSV)

[8] Weldon Langfield, The Truth about Mormonism: A Former Adherent Analyzes the LDS Faith (Bakersfield, CA: Weldon Langfield Publications, 1991), 53. See also Alexander Campbell, “Delusions,” Millennial Harbinger, February 7, 1831): 93: “This prophet Smith … is better skilled in the controversies in New York than in the geography of history of Judea. He makes John baptize in Bethabara, and says Jesus was born in Jerusalem.”