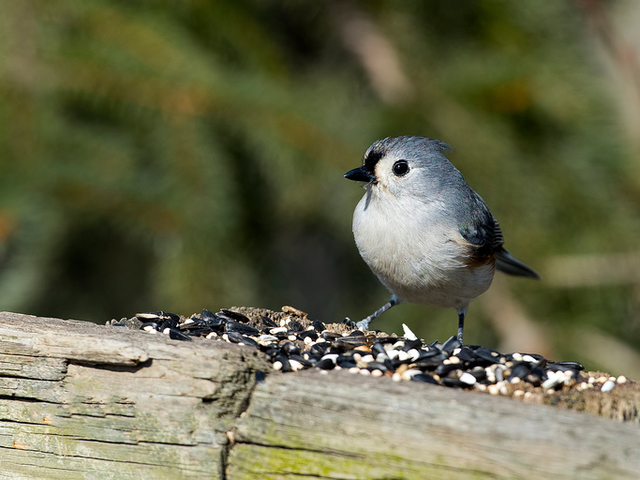 When I Had to Eat Birdseed for Dinner on My Mission

I was a new missionary, having arrived just over four weeks earlier. With several unanticipated expenses that first month, no one could blame me for completely running out of money three days before the month ended.

However, Elder Osguthorpe, my senior companion and trainer, had been out 18 months and should have known better than to run out of money. Whether it was principally his fault or mine, here we were: three days to go before funds were expected and no food left in the apartment.

As I was afraid he was going to, Elder Osguthorpe quoted President Bankhead, “Elders are not to spend time with the Church membership. They are called to teach the gospel, not to fellowship the members.”

My companion offered a counterproposal, “Let’s look everywhere for change: in our footlockers, all pockets of every coat and pants, under the couch cushions…everywhere.” Disappointed that he did not have a more inspiring plan, I began to search. Actually, we did find some coins; maybe this was not such a bad idea after all. Together we came up with one dollar and sixty-seven cents.

“Now what?” I asked. “A dollar sixty-seven won’t buy enough food to get us to Monday—will it?”

“Oh, have a little faith, Elder. The Lord will provide,” announced Elder Osguthorpe confidently as we started out to tract that Saturday morning on empty stomachs. “We should tract that subdivision over near the A&P. Then at noon we can stop at the A&P and buy a dollar-and-sixty-seven-cents-worth of whatever is the best bargain.”

I could think of nothing that $1.67 would possibly purchase that could feed us for two days and wondered whether we were about to live a modern version of the loaves and fishes.

Just after noon we entered the A&P and headed to the produce department to see how many potatoes we could purchase for $1.67. “People can live on potatoes for months,” said Elder Osguthorpe, who had a positive outlook that I was trying hard to share. After weighing out $1.67 worth of spuds, we wondered whether rice might actually be a superior choice and more in keeping with our plan to get the best bargain.

Indeed, we found that A&P sold bulk rice from a bin. Figuring in a hydration factor, it seemed that we would indeed have more food with rice than with spuds, so we weighed out the correct amount of rice and took the potatoes back to the produce section.

Looking back on it, we should have taken the rice directly to the checkout counter, paid for it, and headed home for lunch. However, inexplicably we swerved one aisle over from produce, and there to our right was a display of the A&P annual sale on birdseed. I looked at Elder Osguthorpe and he looked at me. After a few seconds of silence he said, “Elder, don’t even think about it!” However, by then I had picked up a package and was reading the list of ingredients.

“This is just millet, milo, wheat, and some sunflower seeds.” (I didn’t read aloud the part that said “also contains the seed of various weeds.”) “I’ve eaten most of this stuff before,” I said. “And one ingredient is actually mentioned by name in the 89th section. But how are we supposed to eat it? Put it on a plate and peck at it?”

“No, we boil it, just like my mom does with wheat, and we eat it like mush. In fact, we can buy a whole two-pound package of this birdseed for only 65 cents. It’s on sale, and we will have enough money left over for a little sample bottle of honey and a pint of milk.”

We found the honey and milk, and I was correct. We would have two cents left in change. So we took the rice back to the bin, dumped it in, and once again headed to the check-out counter with our groceries.

The lady at the counter gave us the strangest look, but said nothing as she bagged the birdseed, honey, and milk. We walked home content, knowing we could survive until Monday.

Birdseed mush is really quite different than wheat mush. By boiling wheat a long time it gets soft and has a nice and fairly even consistency. Since birdseed is made from several types of seeds, the same is not true. When boiled, some birdseed pops into mush right away. Others stay like BBs forever. In fact, if anyone ever asks me, I say that birdseed mush is like oatmeal mush mixed with BBs. With that explanation, I am surely making it sound better than it really is. Stated plainly, birdseed mush is not good. But we ate it—for lunch and again for dinner.

Sunday morning, as usual, we woke up at 6:00 AM for study class and then prepared to go to church. We had some mush left over that we could have eaten for breakfast, but Elder Osguthorpe said he couldn’t even look at it. He suggested that we pretend this was fast Sunday. “What was it you were saying yesterday about calling some members?” he finally asked, and then he added, “I think if I just had one good meal, I could die happy.”

Brother Maycock was a great Sunday school teacher in the Elmira Branch. Before his class began he always asked whether any visitors were present, so they could be introduced and heartily welcomed. He also asked whether there were any announcements that should be made prior to beginning the lesson. That Sunday when he did so, I thought, “This is my chance to save myself and my companion,” and I raised my hand.

“Just…very quickly, Brother Maycock,” I said, a bit more timidly than usual, “Elder Osguthorpe and I will be getting our checks tomorrow, but we ran out of money Friday, except for a dollar and sixty seven cents which we spent for birdseed because it was the best deal at A&P. We made mush out of it, which is what we ate yesterday, and we still have some left but we can’t even look at it—it’s not very good—so if anyone could possibly invite us to dinner today we would be most grateful. Thank you. That’s all.”

It was silent for a while. Then Brother Maycock started to laugh. So did Brother and Sister Gilday, followed quickly by everyone else. Looking back on it, I think that perhaps that brief announcement in Sunday school class changed the relationship between the Elmira Branch and the missionaries. From that day until I was transferred to Palmyra in the spring, we had plenty of dinner invitations, although we were careful not to accept more than one such per week, as President Bankhead said that was the proper limit.

During just about every one of those dinners with a family in the Elmira Branch, the topic of birdseed mush would come up, although we never initiated the conversation. Sometimes the members would put, as appetizers, little blocks of canary seed on our plates, and then they would laugh and laugh.